Russia`s hybrid military forces attacked Ukrainian army positions in Donbas 100 times in the past 24 hours with 5 Ukrainian soldiers reported as wounded in action (WIA), according to the press service of the Anti-Terrorist Operation (ATO) Headquarters. 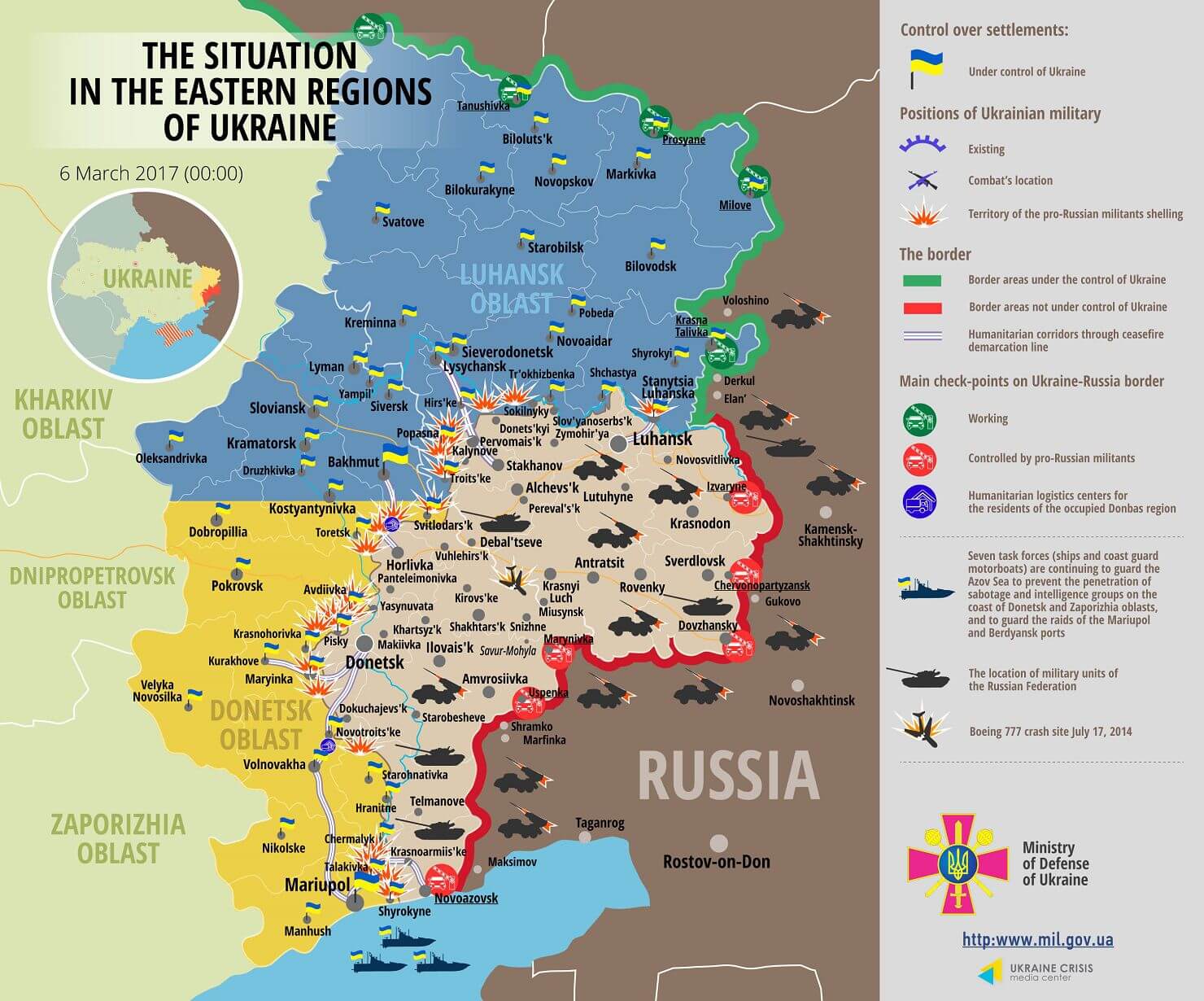 ”The invaders repeatedly opened fire from tanks on Butivka coal mine and on the villages of Kamianka and Pisky. Mortars of various calibers, rocket-propelled grenades and small arms were used to shell the town of Avdiyivka, and the villages of Maiorsk, Novhorodske, Troyitske, Nevelske, Opytne, Pisky, and Zaitseve. The militants also used infantry fighting vehicles to attack the village of Luhanske. Additionally, a sniper was active in Nevelske,” the report says.

In the Mariupol sector, the occupation forces fired mortars and heavy machine guns on the villages of Talakivka, Hnutove, Vodiane, Pavlopil, and Shyrokyne.

”Enemy infantry fighting vehicles and tanks were used to attack Vodiane and Shyrokyne, and the town of Maryinka. In addition, anti-tank missile systems were used to shell the Ukrainian positions in Shyrokyne, while rocket-propelled grenades were fired on the village of Taramchuk.

In the Luhansk sector, the Russian occupation forces used banned 120mm mortars to shell the villages of Novo-Oleksandrivka, Krymske, and Bohuslavske. The occupiers also used grenade launchers and small arms in the town of Popasna, and the villages of Novozvanivka, Troyitske, and Stanytsia Luhanska,” the headquarters said.