The number of attacks by the combined Russian-separatist occupation forces on Ukrainian positions in Donbas, eastern Ukraine, decreased to 26 on December 3, 2016, from 44 in the previous day, according to the press service of the Anti-Terrorist Operation (ATO) headquarters. 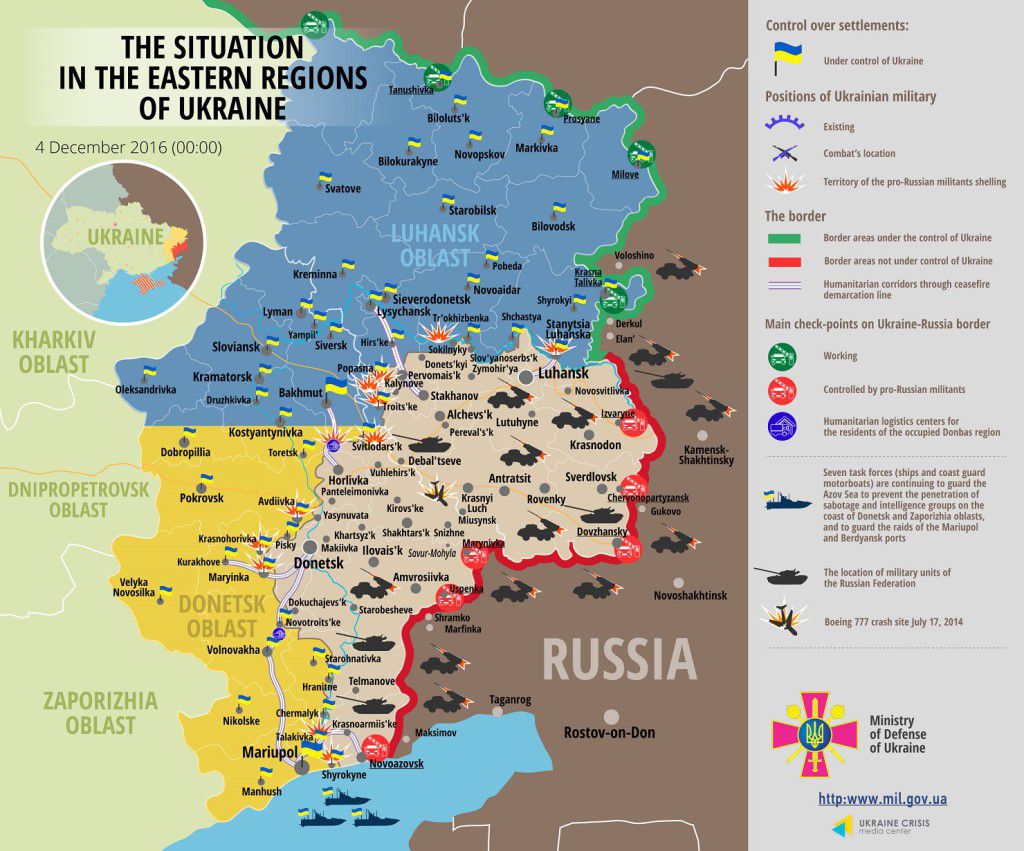 In particular, they used mortars, grenade launchers of various systems, infantry fighting vehicles, small arms to shell the villages of Novo-Oleksandrivka, Krymske, Stanytsia Luhanska, and Novozvanivka in the Luhansk sector.

The village of Shyrokyne, which is close to the Ukrainian-controlled strategic port city of Mariupol, was shelled with the use of 82mm mortars. The Russian proxies used mortars to attack ATO positions in the town of Maryinka and small arms to fire on the village of Hnutove.