Positions of the Ukrainian military in the zone of the Anti-Terrorist Operation (ATO) in Donbas were fired on by pro-Russian militants 44 times over the past day. 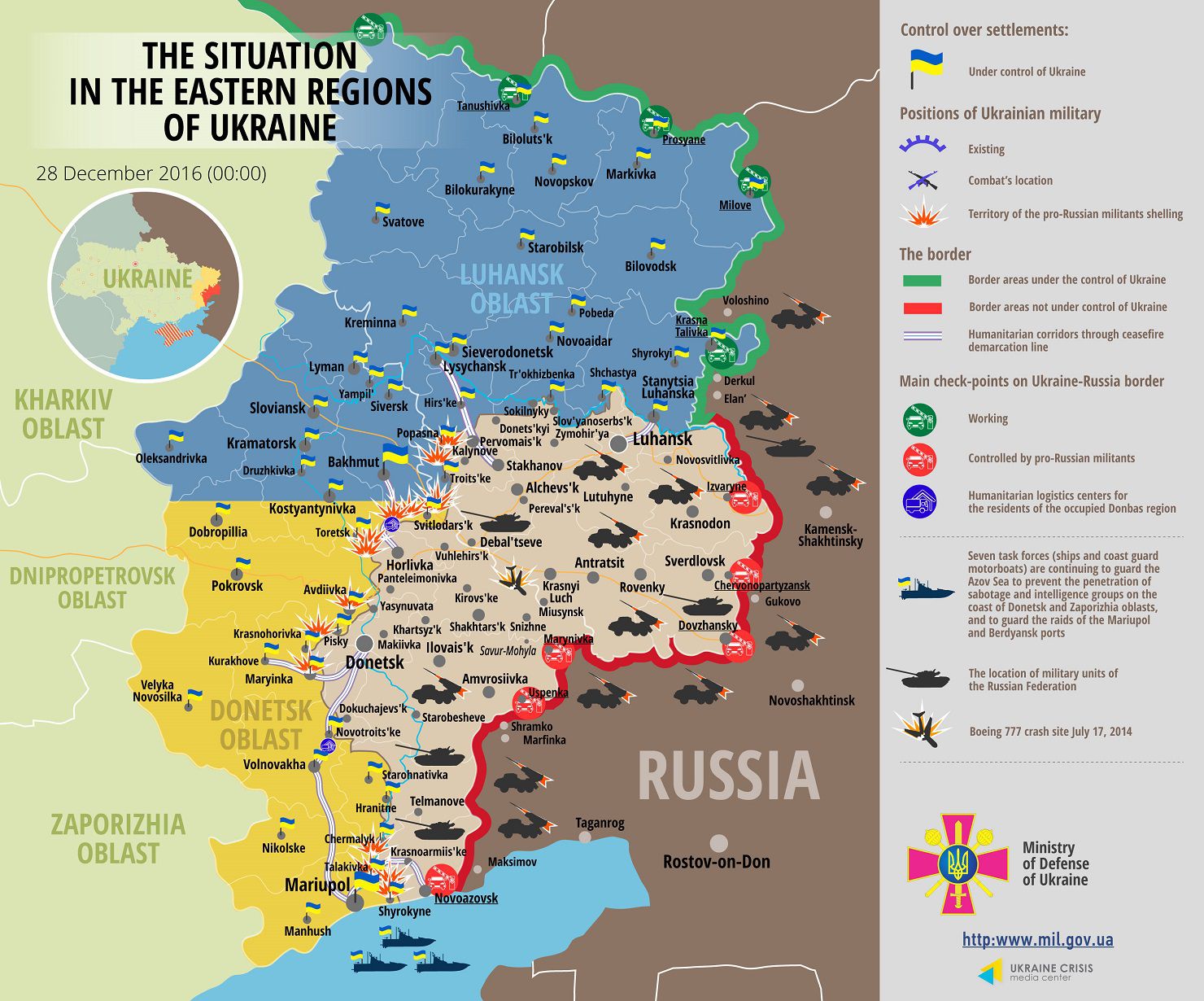 It is noted that the occupying forces continue shelling the Ukrainian positions in all directions. In particular, in the Mariupol direction, the village of Shyrokine was shelled from 122mm artillery. Vodiane and Shyrokine as well were shelled from 120mm and 82mm mortars.

The situation at the so-called Svitlodarska Duha bulge in the Donbas conflict zone, where the militants tried to seize the frontline of the Armed Forces of Ukraine from December 18 to December 22, is not yet stabilized. It is confirmed that the occupiers are massing Grad multiple rocket missile systems in this area, according to Colonel Andriy Lysenko, Defense Ministry spokesman for the ATO.

”The Svitlodarska Duha bulge remains an area where the shelling of our positions does not stop, it increases or decreases from time to time,” Lysenko said at a briefing on Wednesday, Ukraine TV Channel 5 reported.

Lysenko has also confirmed the information about the presence of Grad multiple rocket missile systems in the frontline area, but the militants have not yet used them.

In the direction of Luhansk the invaders fired on Novo-oleksandrivka and Novozvanivka using weaponry installe don APCs, as well as grenade launchers and heavy machine guns.

See also: Russia took away from Donbas 40 bodies of its soldiers in ”humanitarian convoy”