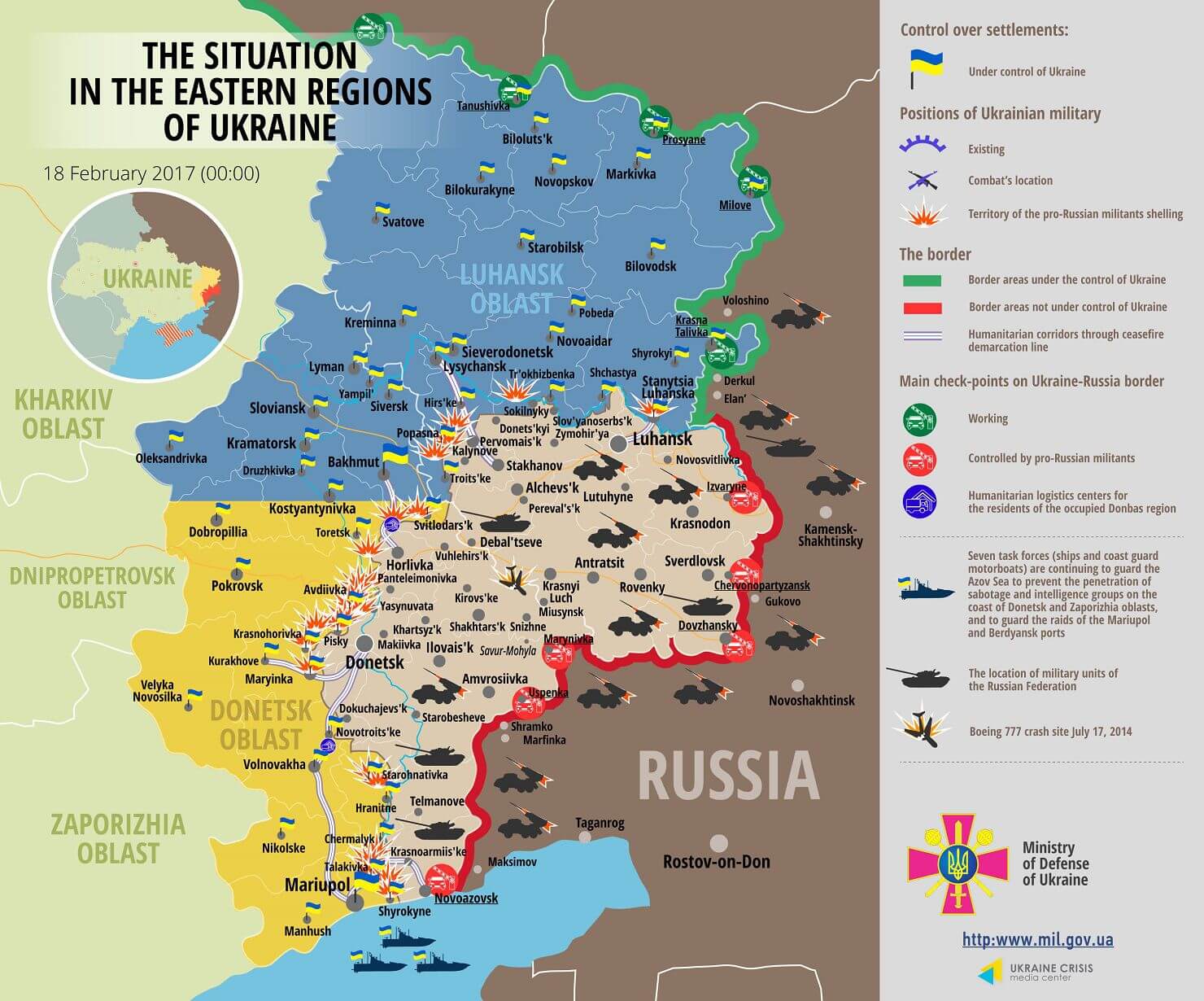 In addition of Avdiivka, Russian troops were shelling Zaitseve and Verkhniotretske from mortars. The situation was also restless in the vicinity of the Donetsk airport. One shooting attack took place in Novoluhanske. The ceasefire held at the Svitlodarsk bulge.

Russian troops violated the ceasefire 8 times in the Luhansk sector. They were shooting from mortar launcher and anti-tank guided missile system.Ukrainian volunteer, a representative of one of the national charities, was killed at about 16:30 near the village of Krymske, Luhansk region on February 17.

In the Mariupol sector, the situation escalated in the Volnovakha district. “Several positions of our troops – Trudivske, Starohnativka and Novohryhorivka – were simultaneously shelled from hostile cannons and mortar launchers. Several pieces of automotive equipment of Ukrainian troops were damaged by bombs,” informed the spokesman. The situation was also restless in Pavlopil-Shyrokyne frontline area, where Russian troops used mortar launchers and armor. One mortar attack took place in Krasnohorivka. Moreover, insurgents shelled Mariinka checkpoint. In total, Russian troops groups conducted 35 attacks in the Mariupol sector.