Combined Russian-separatist forces attacked Ukrainian army positions in Donbas 60 times in the past 24 hours with 1 Ukrainian soldier reported as killed in action (KIA) and 3 as wounded in action (WIA), according to the press service of the Anti-Terrorist Operation (ATO) Headquarters. 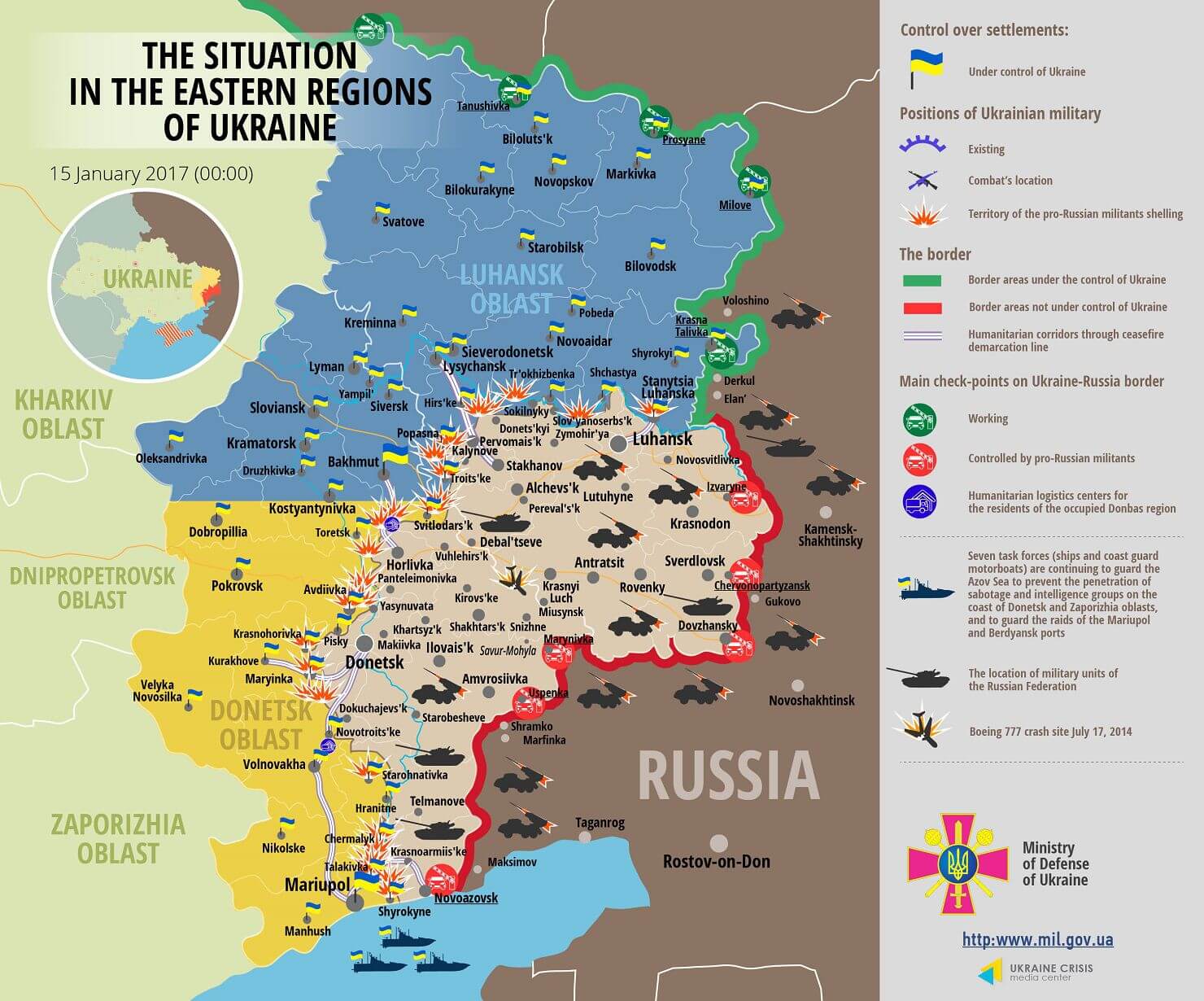 The villages of Shyrokyne, Slavne and Vodiane and the town of Maryinka in the Mariupol sector in Donetsk region came under mortar fire. Grenade launchers and small arms were used to shell the villages of Hnutove, Talakivka, Shyrokyne, Pavlopil, and Starohnativka. The villages of Novomykhailivka and Slavne were attacked by infantry fighting vehicles. A sniper would open fire on the town of Krasnohorivka. What is more, Russian occupation forces stationed in the Donetsk sector used banned 122mm artillery systems to shell the village of Luhanske, the ATO HQ said.

Russain militants drastically increased number and intensity of attacks from heavy weapons in the Luhansk sector. They used mortar launchers and cannons at Bakhmut road and in Novozvanivka. Over 130 mortar shells and bombs were launched at Ukrainian positions, and three fourths of attacks happened in Krymske. Russia-backed Russain militants were shooting from at least one 120-mm mortar battery and one 152-mm artillery battery. The biggest number of attacks took place in Popasna district. Moreover, the enemy violated ceasefire in Stanytsia Luhanska and Lobacheve. In total, 12 Russain militants’ attacks took place in the Luhansk sector yesterday, and half of them involved use of heavy arms.

Russian troops are violating the armistice during the day and at night in the Mariupol sector. Several intense hostile mortar attacks were registered in Mariinka and the adjacent Slavne village in the evening. Main hostilities took place in Pavlopil-Shyrokyne frontline area. In total, Russain militants made 30 shooting attacks in the Mariupol sector yesterday, using heavy weapons in five of them.