Combined Russian-separatist forces attacked Ukrainian army positions in eastern Ukraine 26 times in the past 24 hours, according to the press service of the Anti-Terrorist Operation (ATO) Headquarters.

In the Mariupol sector, the occupiers started firing mortars on the Ukrainian positions near the village of Shyrokyne. 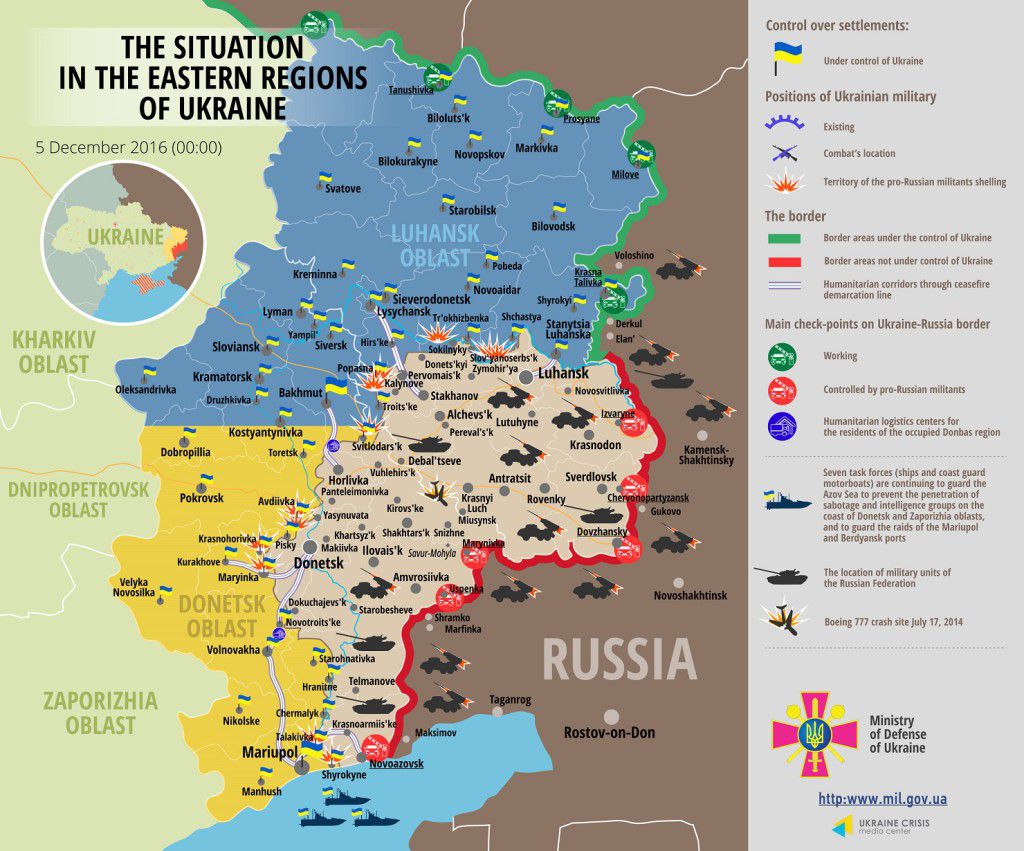 During the day, they used mortars of different calibers, rocket-propelled grenades, heavy machine guns and small arms in the towns of Krasnohorivka and Maryinka, and the villages of Talakivka and Shyrokyne.

In the Donetsk sector, the militants fired mortars and rocket-propelled grenades on the Ukrainian positions near the town of Avdiyivka.