Combined Russian-separatist forces attacked Ukrainian army positions in eastern Ukraine 22 times in the past 24 hours, including three times on the settlement, according to the press service of the Anti-Terrorist Operation (ATO) Headquarters. 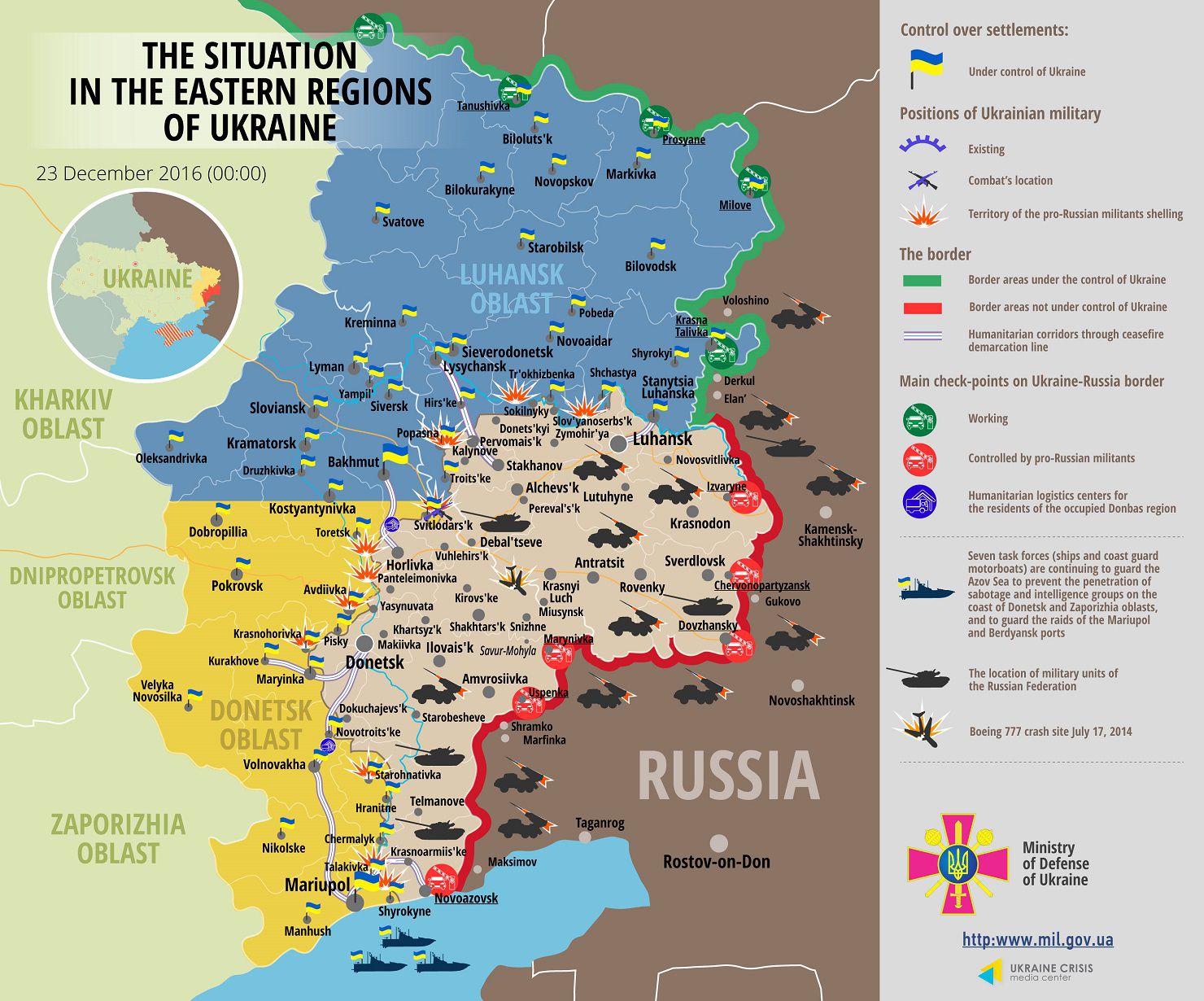 In the Donetsk sector, the militants fired 122mm artillery systems and 120mm mortars on the Ukrainian positions near the village of Luhanske. They also used 82mm mortars, grenade launchers of various systems and heavy machine guns on the town of Avdiyivka, and the villages of Novhorodske, Verkhniotoretske and Luhanske.

The occupiers tried to attack the Ukrainian positions twice at Svitlodarska Duha, and both times they were stopped by fire in response. In addition, the enemy fired 152mm artillery systems three times on the village of Myronivka.

In the Mariupol sector, Russia`s hybrid military force fired 120mm and 82mm mortars on the town of Krasnohorivka, and the villages of Starohnativka and Vodiane.

In the Luhansk sector, the enemy opened fire from anti-missile systems and 82mm mortars on the village of Krymske, as well as rocket-propelled grenades on the town of Popasna and the village of Zhovte.