Combined Russian-separatist forces attacked Ukrainian army positions in eastern Ukraine 28 times in the past 24 hours, according to the press service of the Anti-Terrorist Operation (ATO) Headquarters. 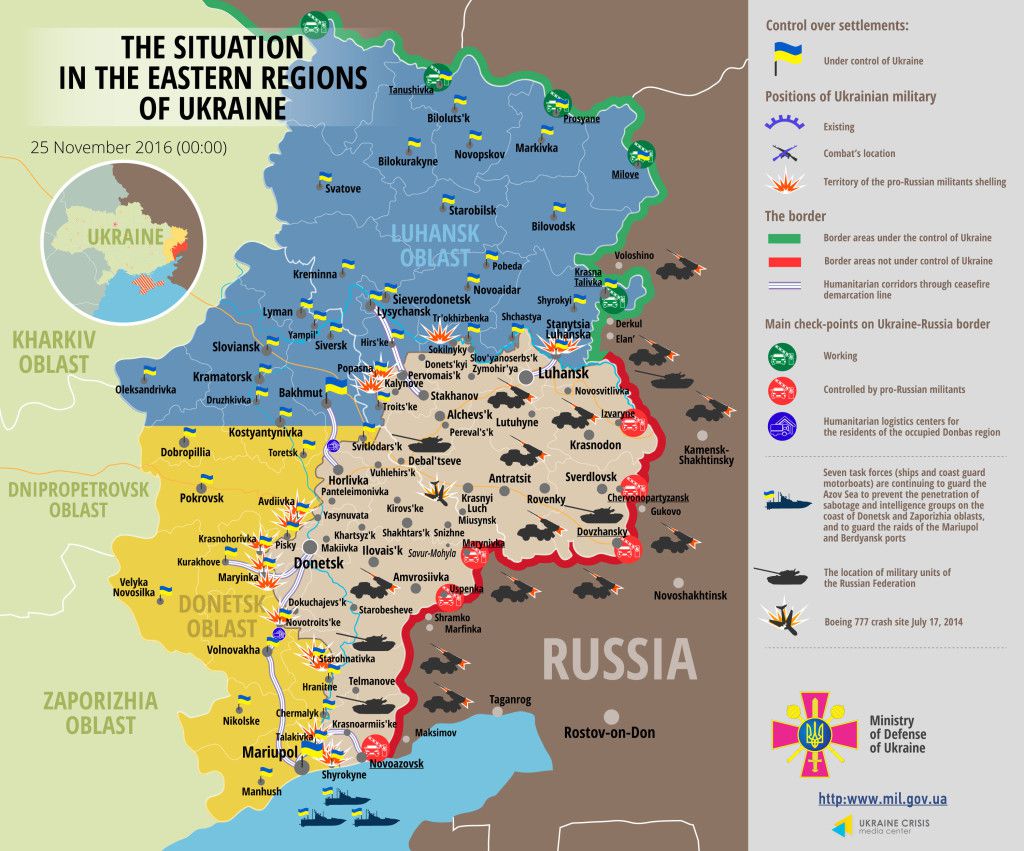 In the Mariupol sector, the militants used mortars of different calibers toward the towns of Maryinka and Krasnohorivka, and the villages of Novotroyitske, Shyrokyne, Hnutove, Slavne, and Vodiane. They also used infantry fighting vehicles (IFVs) near the village of Starohnativka.

In the Donetsk sector, the enemy opened fire from grenade launchers of various types on the town of Avdiyivka. Additionally, a sniper was active near the village of Opytne.

One Ukrainian serviceman was killed in action over the last day. “He was shot by sniper in Opytne,” reported Colonel Andriy Lysenko, spokesman of the Ministry of Defense of Ukraine on ATO-related issues.