Russia`s hybrid military forces attacked Ukrainian army positions in Donbas 83 times in the past 24 hours with 1 Ukrainian soldier reported as killed in action (KIA) and 2 wounded in action (WIA), according to the press service of the Anti-Terrorist Operation (ATO) Headquarters. 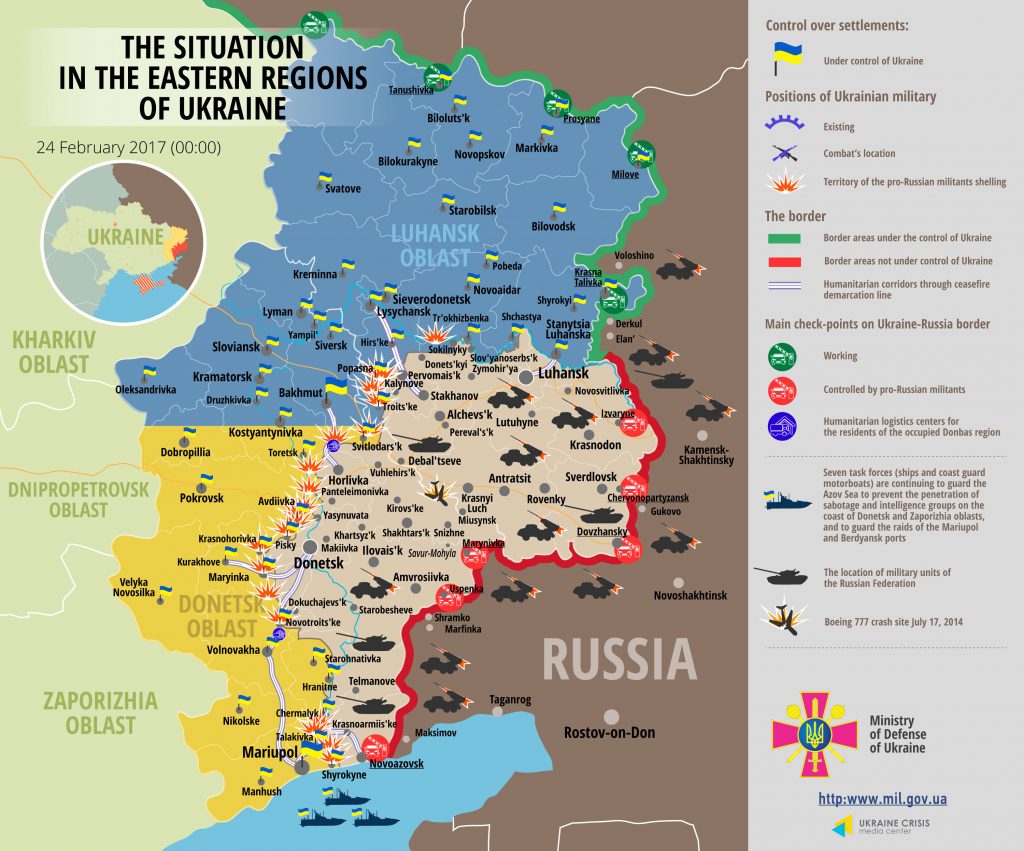 ”In the Donetsk sector, an enemy tank repeatedly attacked the town of Avdiyivka. Mortars of different calibers were used to shell the villages of Pisky, Zaitseve, Troyitske, and Kamianka. The occupiers also used grenade launchers, heavy machine guns and small arms to fire on Avdiyivka, and the villages of Novhorodske, Pisky, Verkhniotoretske, Novoselivka, Luhanske, and Zaitseve. Moreover, our positions near Novhorodske were under sniper fire,” the headquarters said.

The town of Popasna and the village of Novozvanivka in the Luhansk sector came under mortar fire. What is more, the Russian occupation forces opened fire from rocket-propelled grenades and heavy machine guns on the villages of Troyitske, Krymske, and Novo-Oleksandrivka. Furthermore, enemy infantry fighting vehicles attacked Novozvanivka, while anti-aircraft shells were lobbed into Troyitske.

”In the Mariupol sector, mortars of various calibers were fired on the town of Krasnohorivka, and the villages of Novotroyitske and Taramchuk, while rocket-propelled grenades, heavy machine guns and small arms were used to attack the villages of Vodiane, Pavlopil, Hnutove, Shyrokyne, and Novotroyitske. Additionally, a sniper was active in Shyrokyne,” the report says.

”An officer of the Ukrainian airmobile forces, who was seriously wounded in Opytne two days ago, died in a hospital in the city of Dnipro yesterday,” Ukrainian Defense Ministry spokesman for Anti-Terrorist Operation issues Andriy Lysenko said.