Russian army shelled a hospital in the Kharkiv region, there was a fire: photo

The Head of the Kharkiv Regional Military Administration Oleg Sinegubov reported that Russian troops shelled a city hospital in Vovchansk, the Kharkiv region on February 6, 2023. Fortunately, civilians were in a shelter. Source: The Head of the Kharkiv Regional Military Administration Oleg Sinegubov “Last day, Russian soldiers continued to fire from tanks, mortars and artillery at the settlements of Kupyansk, Chuhuiv and Kharkiv districts bordering the contact line. Vovchansk, Strilecha, Hlyboke, Dvorichna, Kupyansk, Kotlyarivka, etc. were under Russian attack. In Vovchansk, Chuhuiv district, a Russian projectile hit the city hospital. The roof on an area of 150 square meters was on fire. 8 people were evacuated from the bomb shelter of the hospital,” noted the Head of the Kharkiv Regional Military Administration. In addition, as a result of shelling of the city, a civilian car was burned, a private house and a transformer pole were damaged. Two 5-story residential buildings, a private house and farm buildings were damaged by Russian shelling in the Kupyansk district. See also: Russians shelled the city center of Kharkiv, at least 4 civilians were injured:...

The Ministry of Defence of Great Britain noted on February 6, 2023, on Twitter, that a group of Ukrainian military personnel arrived in Britain for training on AS-90 self-propelled guns. Source: The Ministry of Defence of Great Britain “A warm welcome to Ukrainian personnel who have arrived in the UK this weekend to get to grips with the AS-90.The AS-90 is an armoured self-propelled artillery weapon which the UK is providing to help Ukraine defend its homeland and retake territory,” tweeted the Ministry of Defence of Great Britain. On January 16, 2023, Britain announced the transfer of the largest package of weapons to Ukraine, which will include Challenger 2 battle tanks, AS-90 self-propelled artillery systems, and Bulldog armoured personnel carriers. In particular, the AS-90 is a self-propelled artillery installation with reinforced armour and a gun capable of firing a burst of three shots in less than 10 seconds at a distance of up to 30 km. Earlier, tank crews from Ukraine arrived in Britain to train on British Challenger 2 tanks. See also: Ukrainian tank crews arrived in Britain to master Challenger 2 tanks:...

An infrastructure object and 8 residential buildings located next to it were damaged as a result of the Russian rocket attack on the outskirts of the city of Zaporizhzhia (south of Ukraine), carried out by Russians late in the evening on January 3, 2023. 2 civilians were injured. Source: Oleksandr Starukh, the head of the Zaporizhzhia Regional...

Russians shelled a residential quarter in the Donetsk region, 1 civilian was killed: photos 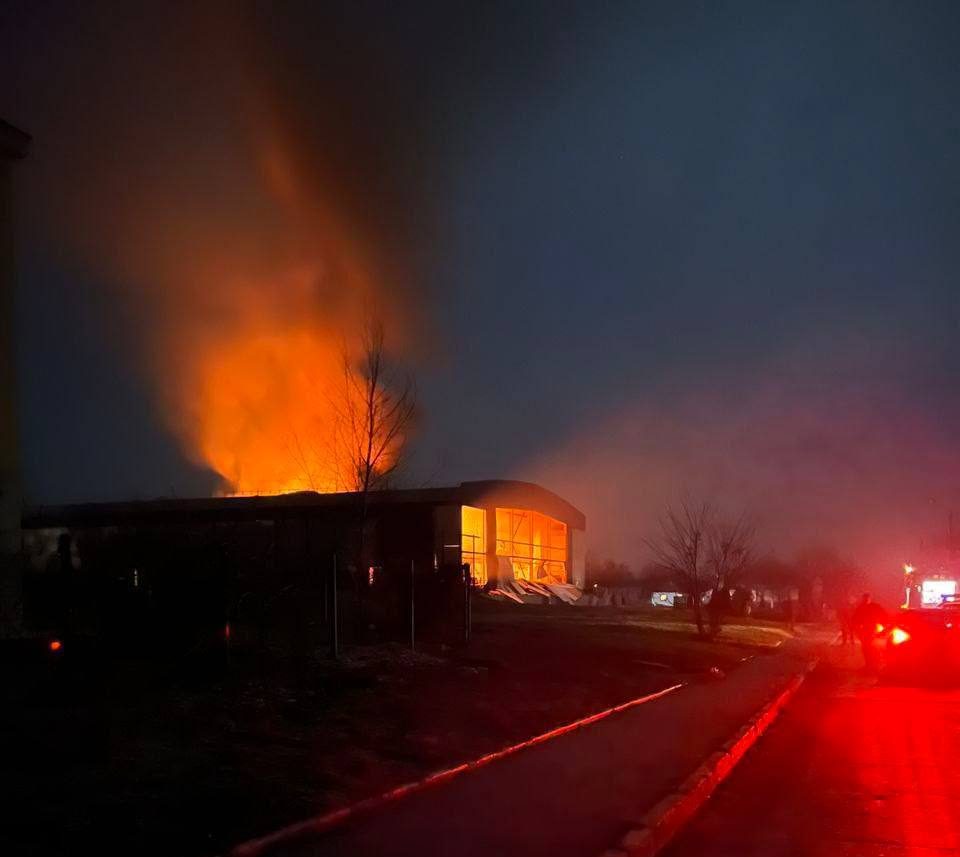 Russia attacked the children’s hospital in Kherson on New Year’s Eve, there are casualties: photos

Russia attacked Kyiv and the region with missiles and drones, infrastructure object was damaged: photo

The Kyiv Regional Military Administration noted that at night on December 31, 2022, the Kyiv region repelled an attack by Russian kamikaze drones and missiles. Air defense forces of Ukraine shot down 32 air targets over Kyiv during the Russian attack. However, an infrastructure object was damaged. Source: The Kyiv Regional Military Administration... 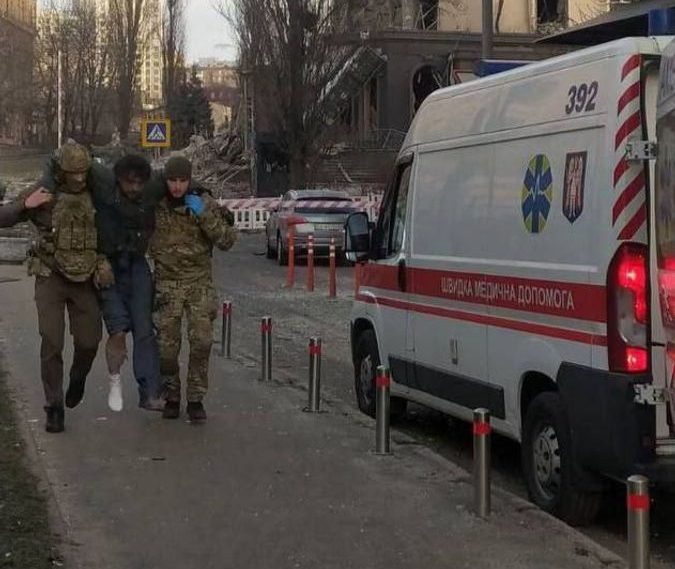 Journalist from Japan was injured during Russian missile attack on Kyiv: photos, video 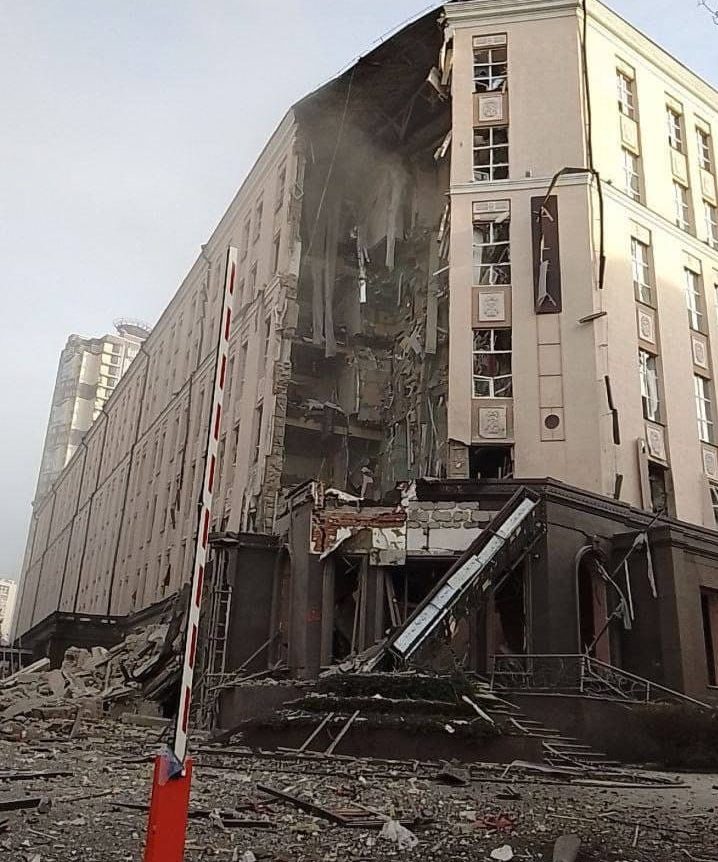 Russia shelled Ukraine’s capital Kyiv on the eve of the New Year, there are casualties: photos, video 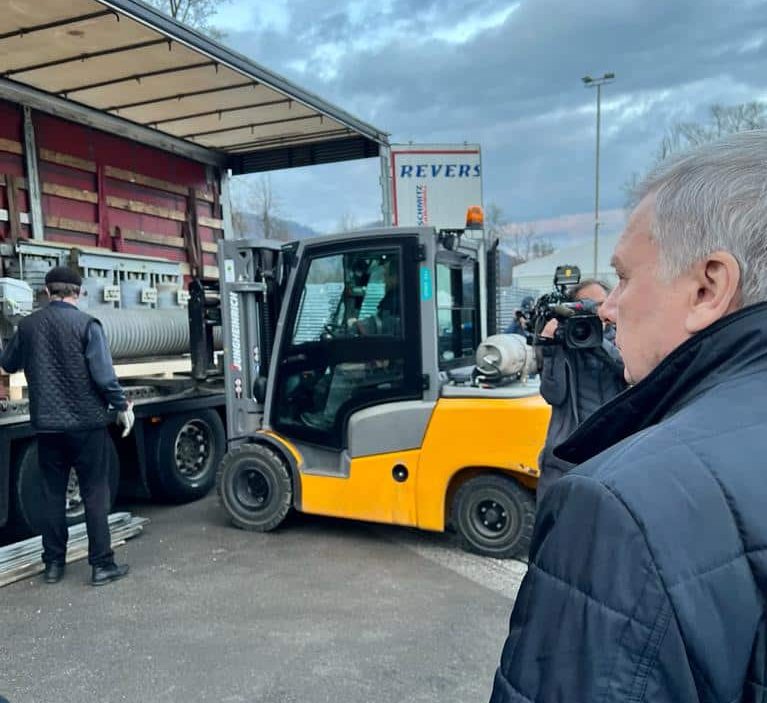 Slovenia sent to Ukraine the fourth shipment of energy equipment, which includes 88 transformers, 3 generators and other devices needed by the energy industry on December 29, 2022. Ambassador of Ukraine Andriy Taran and the Minister of Infrastructure of Slovenia Bojan Kumer took part in the sending ceremony on December 29. Source: The Embassy of... 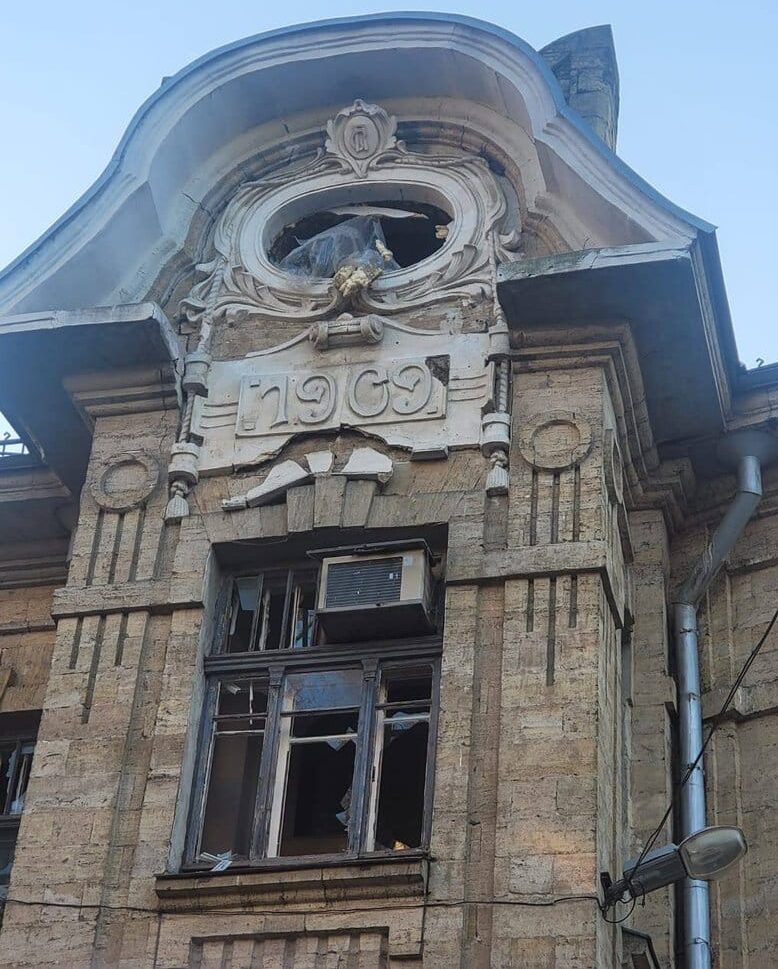 Russian troops fired at a cardiology dispensary in Kherson, 2 civilians were injured: photos