Foreign language teacher from Russia-occupied Crimea Yuriy Ilchenko, who was detained by the occupying authorities for his pro-Ukrainian patriotic position, miraculously escaped from the peninsula and has shared details of his getaway, according to the Ukrainian TV news service TSN.ua. 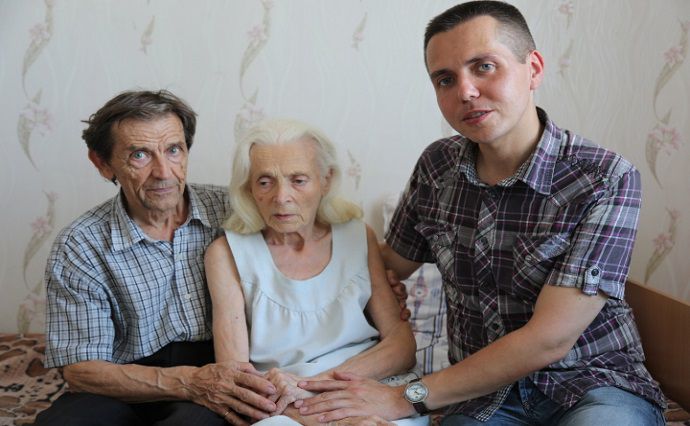 Ilchenko first spent 11 months in prison and was then placed under house arrest, which is when he decided to flee. Russia had accused him of inciting ethnic hatred and instigating terrorist acts, and one of the counts was a reposting of the then leader of the Right Sector Dmytro Yarosh`s article with a suggestion to cut off gas supplies to Russia`s Rostov region, TSN.ua wrote.

Ilchenko claims that the prison in Crimea where he was held in custody was so crowded that there was no place to sleep. For example, 15 people had to sleep in bunks designed for six people.

”Everyone had to sleep for a few hours by turn. It was like a minibus during the rush hour. The food they gave us stank so much even from afar that we did not take it. When someone fell ill and we knocked to call a doctor, we were told it was not a hospital and nobody was a patient here; only there should be either dead or alive. They said they could be called when someone was dead. Bodies were given to the relatives in black bags, just like garbage. The conditions there were terrible and not everyone could stand them. I saw people hang themselves or cut their veins,” he recalled.

He realized that ”something must be done” when he was placed under house arrest.

”That evening, when they marked the Day of Russia, I put on the father`s jacket and took the mother`s walking stick, because I did not want to be immediately identified by surveillance cameras.

Initially, I went slowly, and then I ran and threw away the stick. I cut off the bracelet that was on my leg. I then ran through the woods for a half hour. I hitchhiked to the border, because I knew they would be looking for me, and would use dogs… I was crossing the border at random through the forest full of land mines… I just thought – let it be as it may. The main thing is not to get stuck in that hell again,” Ilchenko said.

He left the house the first night and it took him a day to get to the border. He crossed the border the next night.

”It seemed to me that I had for a long time been walking through the woods to the border. When I reached the road, I thought I was on our side, but I was approached by a soldier who spoke Russian. I realized it was neutral territory, because there was their soldier and a few meters away there was ours. I started to run … When I ran up to our soldier, I shouted something like `stop him` and rushed to the place where they check documents. It may sound theatrical, but there I fell to my knees and thanked God for my release and kissed Ukrainian soil,” Ilchenko recalled sharing the details of his escape.

As UNIAN reported earlier, on August 16 it became known that Ilchenko, who was accused by Russian security services of extremism, managed to escape from house arrest and get to Ukraine.