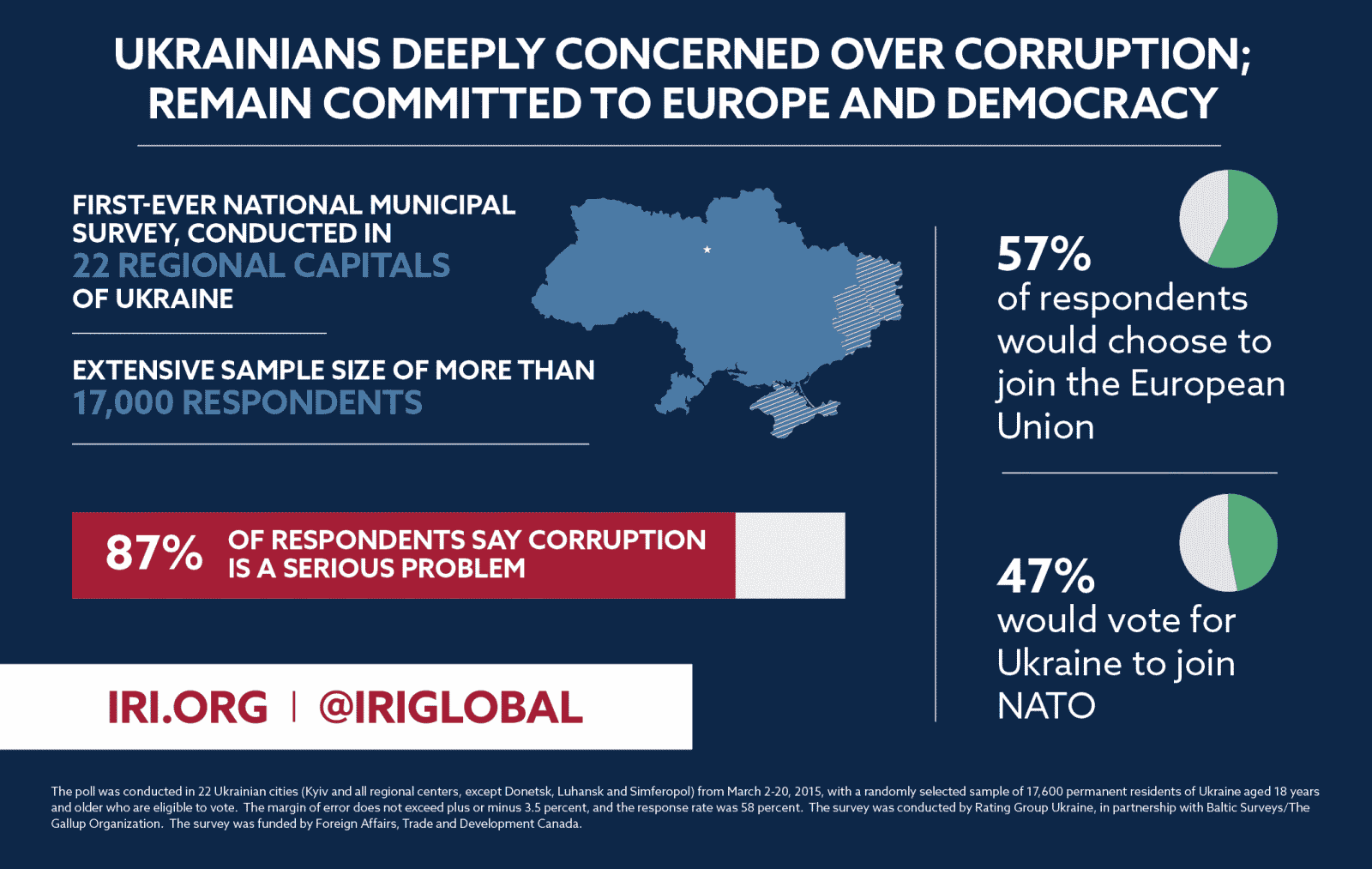 IRI’s poll was conducted in 22 regional capitals of Ukraine, excluding the illegal so-called republics that are under pro-Russian terrorists’ control and Crimea that is illegally annexed by Russia. It utilized an extensive sample size of more than 17,000 respondents.

Stephen B. Nix, IRI’s regional director for Eurasia says that Ukrainians showed strong support for the country’s decision to get more closely with Europe and the West and now are at crossroads in democratic development:

“Ukraine is at crossroads in its democratic development. This new survey lays out the challenges facing communities across the country, and provides tools for citizens and leaders to chart a new course.”

“The Ukrainian government and donor community should be encouraged that Ukrainians are willing to acknowledge that corruption is a big problem, and yet they also feel pride in their communities and are quick to point to reforms and programs that are working,” said Stephen B. Nix.

The survey shows strong support across Ukraine for European integration (57% of respondents would choose to join the EU) and for membership in NATO (47% would vote for Ukraine to join NATO).