Ukraine will receive $810,000 from Japan to rebuild schools and hospitals ruined by pro-Russian terrorists 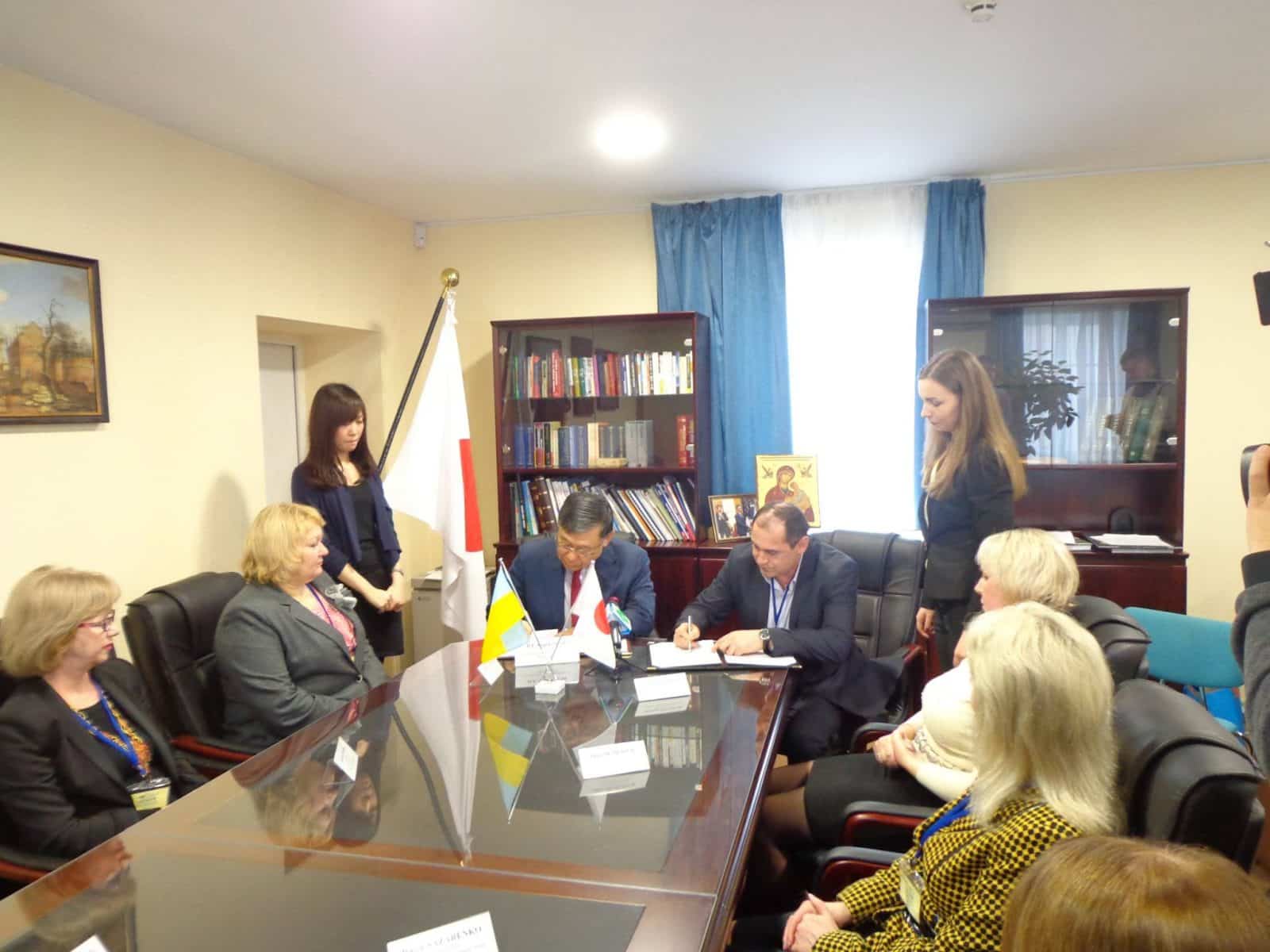 PHOTO by Embassy of Japan in Ukraine

As part of the grant program Kusanone Japan will assist the implementation of nine charitable medical and educational projects in five Eastern Ukrainian regions. About $ 810 thousand will be provided to repair schools ruined by the pro-Russian forces and to buy new equipment for medical centers.

The Embassy of Japan in Ukraine on March 13, 2015 reported on the official Facebook page that the Kusanone Project agreement was signed by Japanese Ambassador Shigeki Sumi and representatives of Ukrainian charitable organizations.

Japanese Ambassador said that in Japan would be happy to help Ukraine in difficult situation:

“I am very pleased that that we are holding a ceremony for signing an agreement on nine projects in Ukraine. We are well aware that Ukraine is now in a very difficult situation, and we want to provide the biggest possible assistance,” and added: “We are well aware that the most affected regions are the eastern regions of Ukraine, so we are assisting neighboring regions.”

Recently the cooperation between Ukraine and Japan is very close. In Kyiv on February 5, Ambassador of Japan to Ukraine Shigeki Sumi and Ukraine’s Minister of Economy and Trade Aivaras Abromavicius  signed an agreement on protection of investment. At the beggining of March Ukraine’s Foreign Minister Pavlo Klimkin visited Japan and discussed the amount of Tokyo’s humanitarian and financial aid for Ukraine, the ways Japan can help restore Ukraine’s economy, and cooperation for a settlement of the conflict in Eastern Ukraine and a response of Russia’s war crimes.