Ukraine is getting out of the crisis – Finance Minister Jaresko 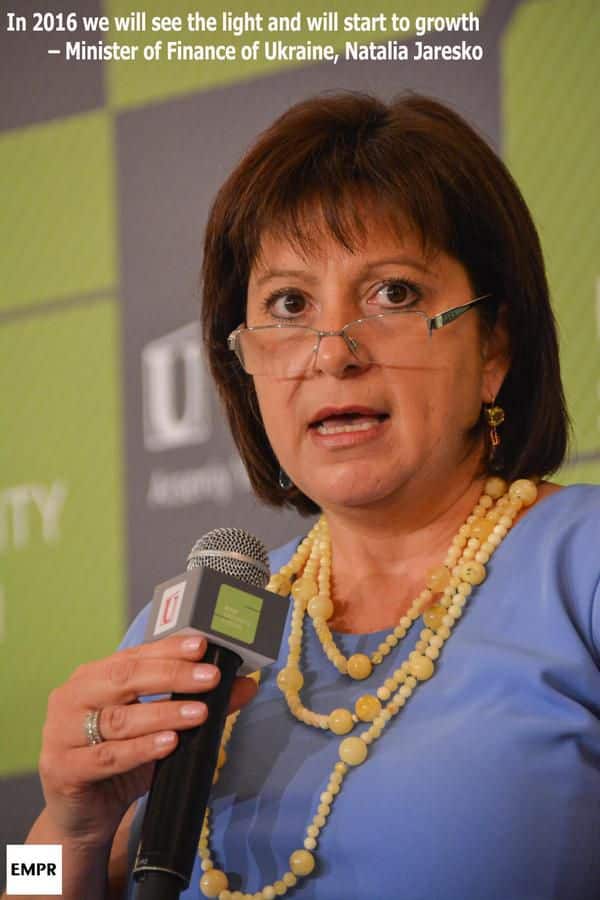 Minister of Finance of Ukraine Natalie Jaresko said during the annual international event ‘Kyiv Security Forum’, that Ukraine was getting out of the crisis, that was caused by the activity and corruption of the previous government, Russian invasion, the illegal annexation of the Crimea by the Russian Federation.

“We have good and bad news. You know about the bad. But there is a good piece of news – Ukraine I getting out of the crisis, which was the result of incomplete reforms, war, annexation of the Crimea. Now we are gradually but surely overcoming this phase of the crisis,” – stressed Natalie Jaresko.

Minister of Finance of Ukraine underlined that to get out the crisis Ukraine needs to stabilize the economic situation by providing the nessecery reforms:

“By solving the problems of the shadow economy and charging higher taxes on the wealthy, reducing tax pits and smuggling, we can broaden the tax base without having to hit the ordinary citizens. Such a policy of the rule of law, deregulation, which now is carried out, we hope, will result in the visible improvements in 2016 after the dramatic situation of 2015. I believe that never before one could observe such a commitment to reform in this country. I worked with previous presidents and I am familiar with their policies. I want to say that commitment of the President, Prime Minister, governmental coalition and the Parliament is at the highest level if we talk about reforms.” – said Natalie Jaresko.

In addition Natalie Jaresko said that negotiations with the authorities of the IMF mission to Ukraine were close to a positive result, and only one matter had to be agreed:

“We are in the program and have done almost everything in regard to our commitment. One decision is left,” underlined Minister of Finance of Ukraine Natalie Jaresko.