U.S. delegation discussed with the Ukrainian General Staff the conflict in Ukraine 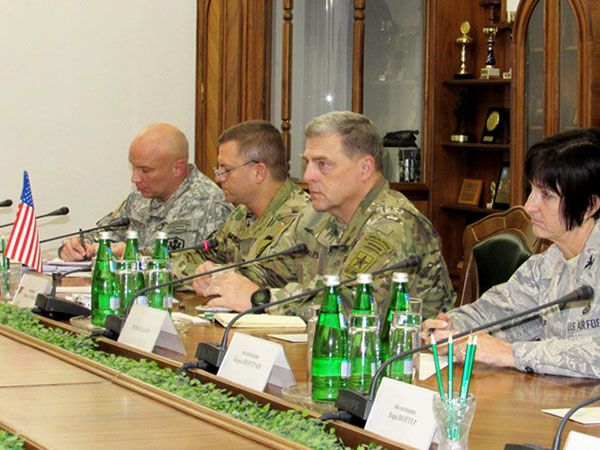 Defense Ministry of Ukraine Press Service informs that on October 29, 2015, U.S. Army delegation led by the U.S. Army Chief of Staff Mark A. Milley arrived to Ukraine for an official visit.

The representatives of the Ukrainian General Staff held talks with the U.S. delegation and discussed the ongoing conflict in Ukraine and forecast of its development. 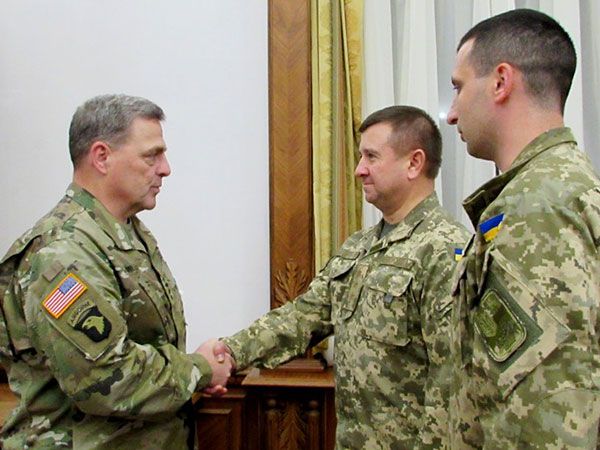 The parties also analyzed current security challenges, outlined the prospects and efficient forms of military cooperation, as well as possible U.S. aid considering the current situation in the east of Ukraine.