Two Ukrainian soldiers were killed and another two were wounded in the Donbas conflict zone in the last 24 hours, head of the press center of the Anti-Terrorist Operation (ATO) headquarters, Colonel Oleksandr Motuzianyk said at a briefing on Thursday, according to an UNIAN correspondent. 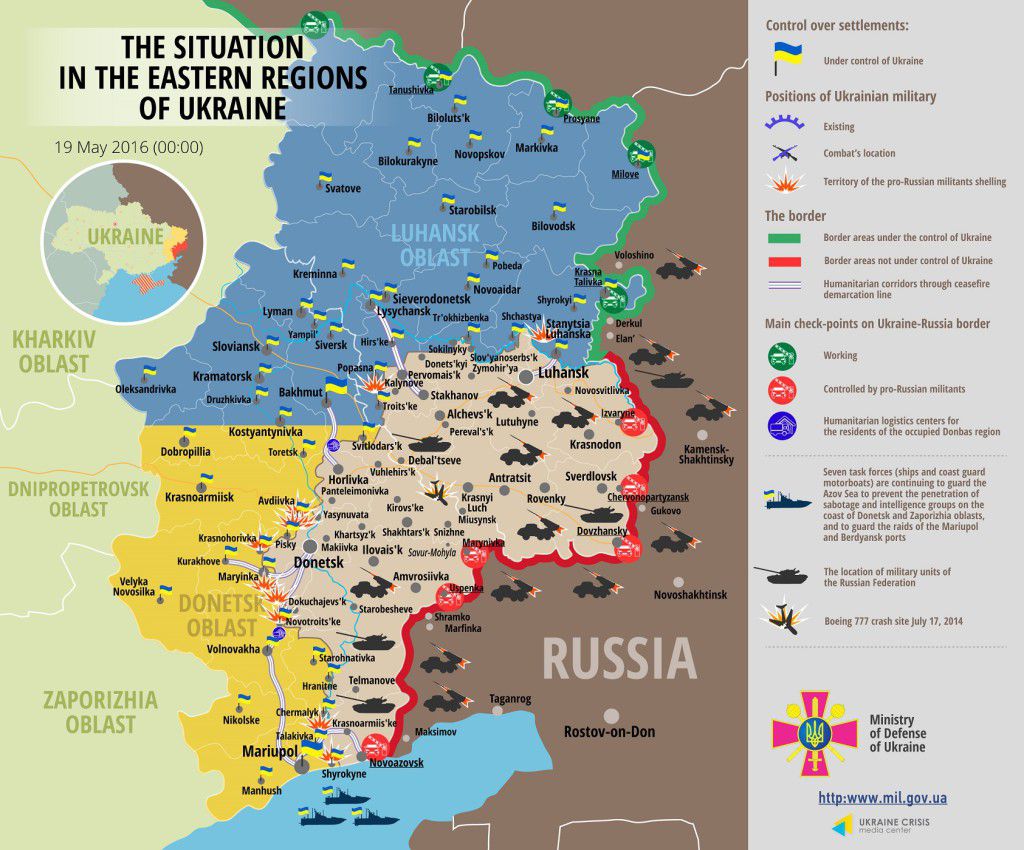 ”In the last day, we lost two Ukrainian soldiers, and another two were injured as a result of military clashes,” Motuzianyk said.

As UaPosition reported earlier, the militants violated the ceasefire thrice since the beginning of Thursday, May 19.