On Monday 18, 2015, Ukraine commemorates the 71th Day of Remembrance from the beginning of the mass forcible deportation of the Crimean Tatars from Crimea in 1944 organized by Soviet Union.

All of the ethnic Crimean Tatars (more than 200,000 people) were deported to Central Asia and most of them died because of starvation and diseases. Those who returned in the 80s and 90s, are discriminated by the Russian Federation since the illegal annexation of Crimea in 2014. There are numerous cases when Crimean Tatars were kidnapped, tortured, imprisoned, killed and violated in their human rights by Russian occupation authorities. Mustafa Dzhemilev, the leader of the Crimean Tatar National Movement, is banned by the Russian federal law from entering Crimean peninsula.

Crimean Tatars Communities all over the world held commemorations on Sunday 17, 2015.

On Monday evening, the requiem and rally dedicated to the 71st anniversary of the deportation of the Crimean Tatars to be held in the center of Kyiv, Ukraine. In Crimea that is occupied by Russia, Crimean Tatars launched several Chinese lanterns into the sky in honour the memory of those who died during the deportation and expressed the hope that Russian occupation of Crimea to end soon. 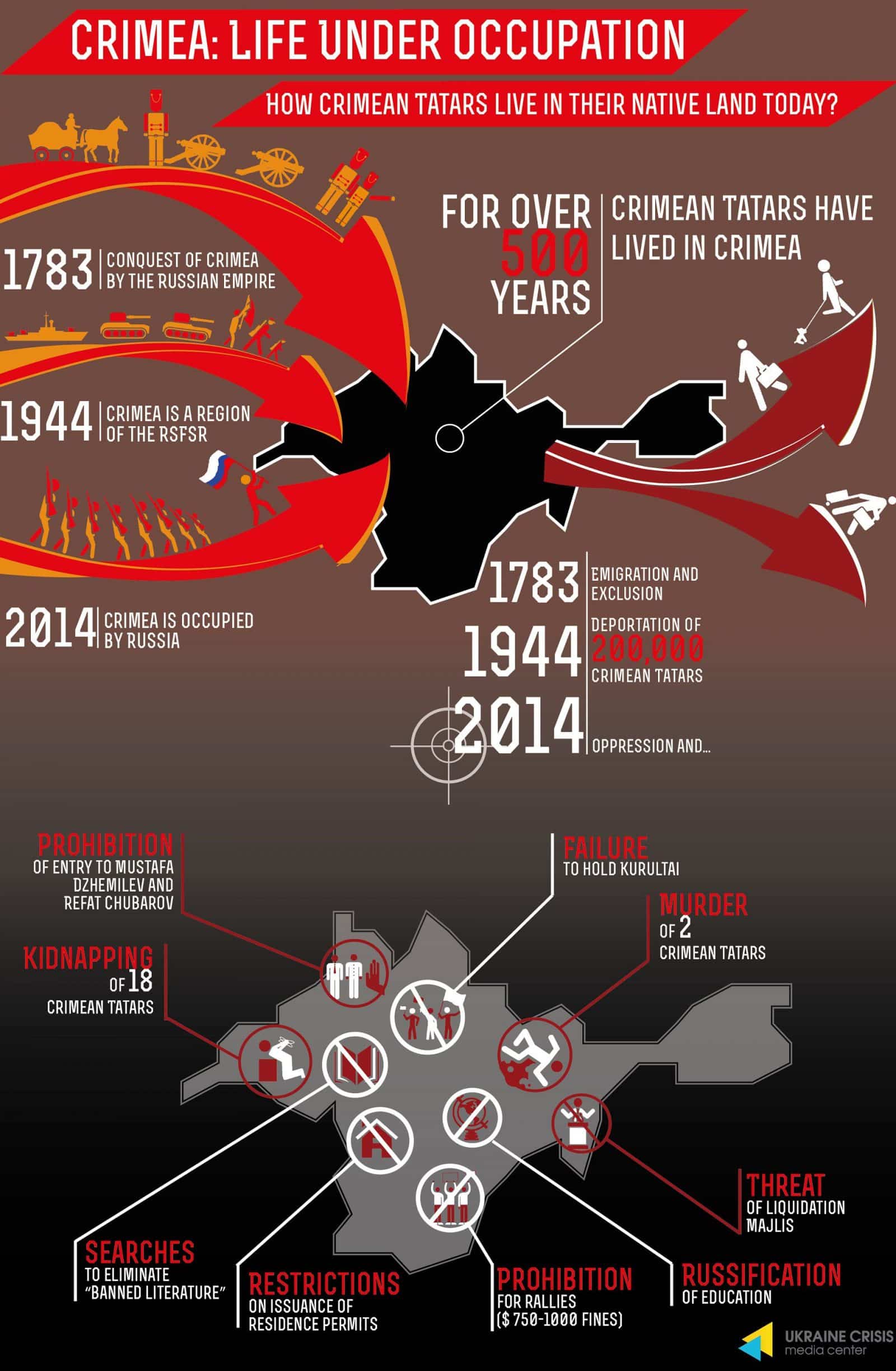