A Russian weapons foundry Art-Grani located in the Urals city of Zlatoust in the Ural Mountains has minted silver and gold coins containing the profile of U.S. President-elect Donald J. Trump with the slogan, “In Donald Trump We Trust”, according to TASS.

The weight of one coin is about 1 kilogram and is about 12 centimeters in diameter. 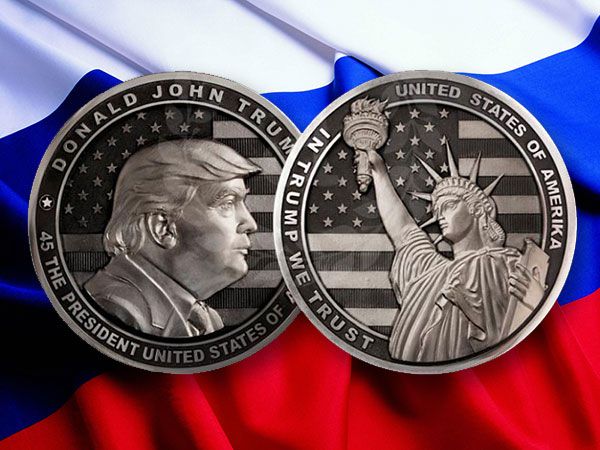 The Art-Grani foundry’s press service reports that coins have to commemorate the inauguration of US president-elect Donald Trump on January 20, 2017:

“We have produced the first coin of the Donald Trump collection. This is a limited edition dedicated to Trump’s inauguration and will consist of 25 silver coins, 15 silver and gold coins and five gold coins,” the Art-Grani foundry’s press service said.

Valery Vasyukhin, head of the foundry, states in the interview to AP TV that he hopes to get a coin to Trump personally.

“There are more hopes associated with Trump with regards to the lifting of sanctions; maybe the environment (between the U.S. and Russia) will change”.