Combined Russian-separatist forces attacked Ukrainian army positions in eastern Ukraine 47 times in the past 24 hours, according to the press service of the Anti-Terrorist Operation (ATO) Headquarters. 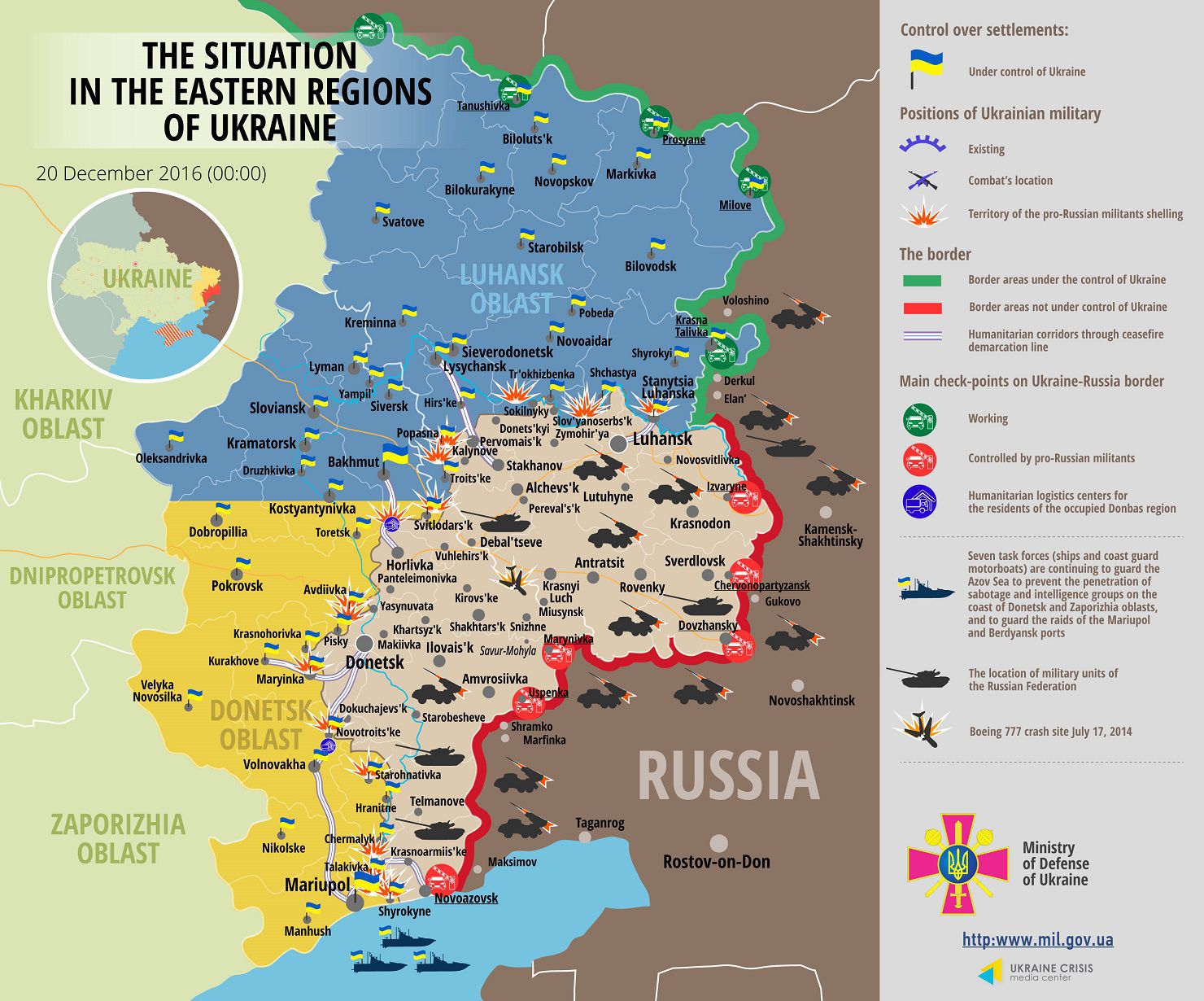 One Ukrainian soldier was killed and nine were wounded , according to a Ukrainian defense ministry spokesman.

”There was one killed in action (KIA), another nine wounded in action (WIA) and eight cases of concussion,” Defense Ministry speaker for Anti-Terrorist Operation (ATO) issues Oleksandr Motuzianyk said at a briefing in Kyiv on Tuesday, December 20.

Most attacks were recorded in the Mariupol sector. The militants fired 122mm artillery systems on the villages of Shyrokyne and Vodiane. Over the last day, Shyrokyne came under fire from 120mm and 82mm mortars, infantry fighting vehicles and tanks. The Ukrainian positions near the town of Maryinka, and the villages of Novotroyitske and Talakivka also came under mortar shelling.

In the Donetsk sector, the occupiers opened fire from 122mm artillery systems and 82mm mortars on the village of Luhanske. The town of Avdiyivka also came under fire from mortars of various calibers. Additionally, the enemy fired grenade launchers near the village of Zaitseve.