The combined Russian-separatist forces attacked Ukrainian army positions in eastern Ukraine 61 times in the past 24 hours, using banned heavy artillery systems, according to the press center of the Anti-Terrorist Operation (ATO) Headquarters.

Most of enemy attacks – 32 instances – were recorded in the Mariupol sector, the ATO HQ`s press service wrote on Facebook in an update as of 08:00 Kyiv time on Monday, August 8. 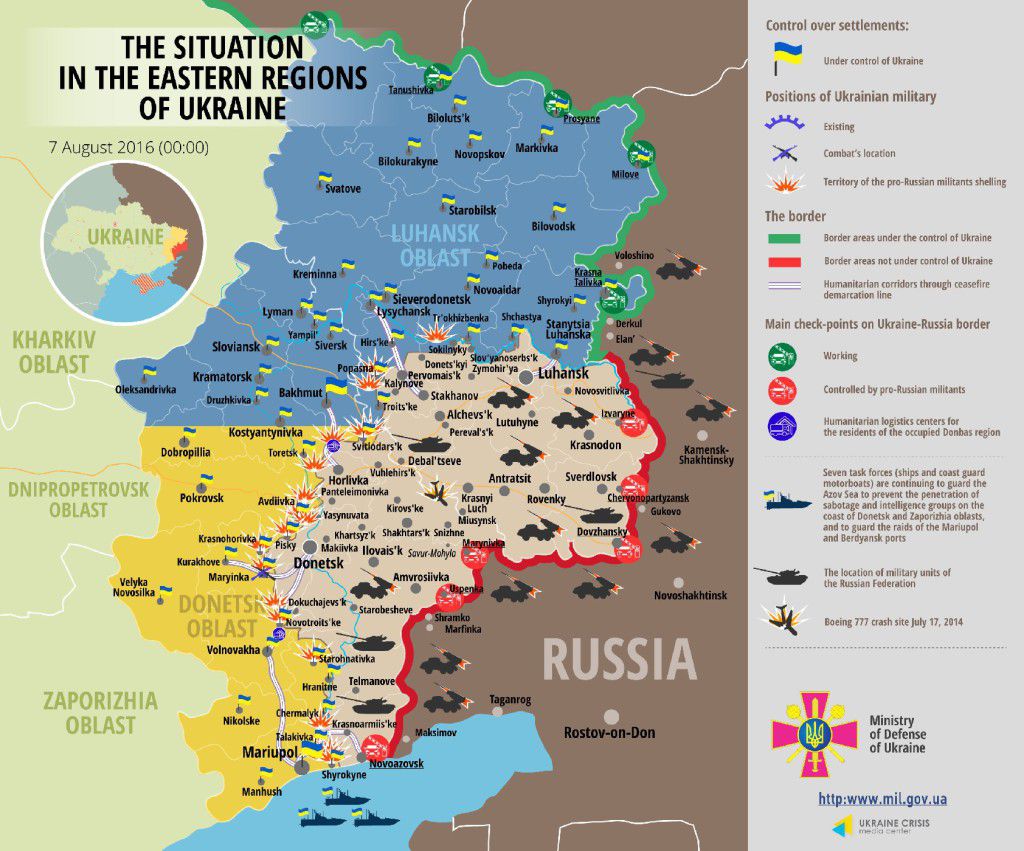 Militants launched 45 shells from 122mm artillery systems on the Ukrainian positions in the town of Maryinka, as well as mortars and grenade launchers on the town of Krasnohorivka, and the villages of Pavlopil, Lopaskyne, Vodiane, and Novotroyitske. The occupiers fired from heavy machine-guns on the villages of Shyrokyne and Starohnativka. Their armored vehicles were engaged in Shyrokyne, Starohnativka, and Maryinka. In addition, enemy snipers opened fire thrice near Maryinka and the village of Hnutove.

Ukrainian troops successfully repelled an attack by an enemy sabotage and reconnaissance group that stormed the fortified positions of the defenders of Starohnativka on Sunday after midnight. There were no casualties among Ukrainian soldiers.

In the Donetsk sector, the Russian-backed mercenaries launched two dozen shells from 122mm heavy artillery systems on the villages of Luhanske and Maiorsk. The situation was most tense in the area of Krasnohorivka-Avdiyivka. The enemy repeatedly opened fire from mortars of various calibers on Ukrainian positions there, about 50 mines were recorded. The situation was also hot in the town of Svitlodarsk, and the villages of Luhanske and Troyitske, where the enemy used grenade launchers. The enemy fired from infantry fighting vehicles` guns near Krasnohorivka and Luhanske.

In Luhansk region, the militants opened fire from rocket-propelled grenades on the ATO positions in the village of Lopaskyne. They also conducted random fire on the Ukrainian fortified positions near the town of Popasna and the village of Zhovte.

The number of flights of unmanned aerial vehicles significantly increased along the front line. The Ukrainian army spotted six enemy UAVs in the last day.