Combined Russian-separatist forces attacked Ukrainian army positions in eastern Ukraine 30 times in the past 24 hours, including 16 times in the Mariupol sector, 12 times in the Donetsk sector and twice in the Luhansk sector, according to the press center of the Anti-Terrorist Operation (ATO) headquarters. 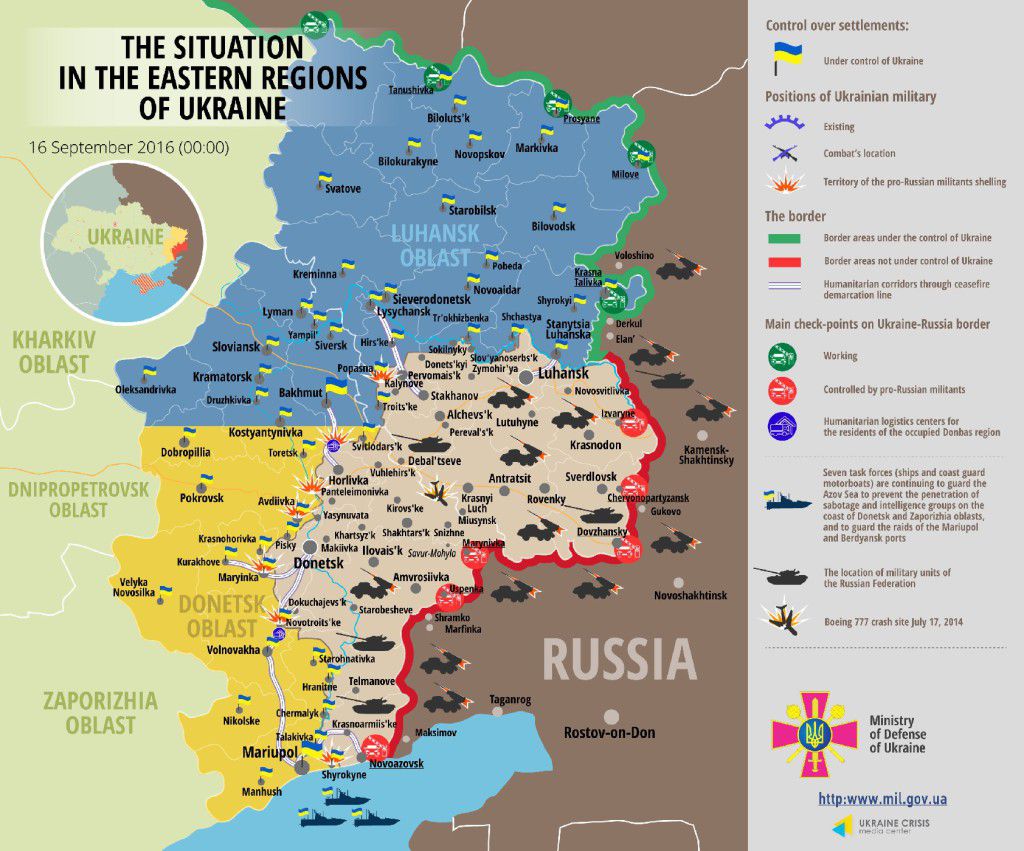 In the Donetsk sector, the enemy fired rocket-propelled grenades, machine guns and small arms on the Ukrainian positions in the town of Avdiyivka, and the villages of Verkhniotoretske and Zaitseve. In addition, the occupiers opened fire from 120mm and 82mm mortars on Zaitseve. A sniper was also active in Verkhniotoretske.

In the Mariupol sector, Russian-occupation forces resorted to armed provocations and fired rocket-propelled grenades and small arms near the town of Maryinka and the villages of Shyrokyne and Novotroyitske.

In the Luhansk sector, the militants violated the ”ceasefire” near the village of Novo-Oleksandrivka, firing from small arms.

Despite the provocations, the Armed Forces of Ukraine unswervingly adhere to the Minsk agreements and do not return fire, the headquarters said.