Russian troops reject any ceasefire agreement, continue attempts to start offensive and take control of new Ukrainian territories, and continue intense shelling from tanks and artillery. Russian militants fired from Donetsk on Tonenke village and Avdiivka. In Avdiivka 1 civilian wounded, 8 houses and a power line damaged. One Ukrainian troop was killed and 18 wounded during the last day, according to the press service of the Anti-Terrorist Operation (ATO) Headquarters. 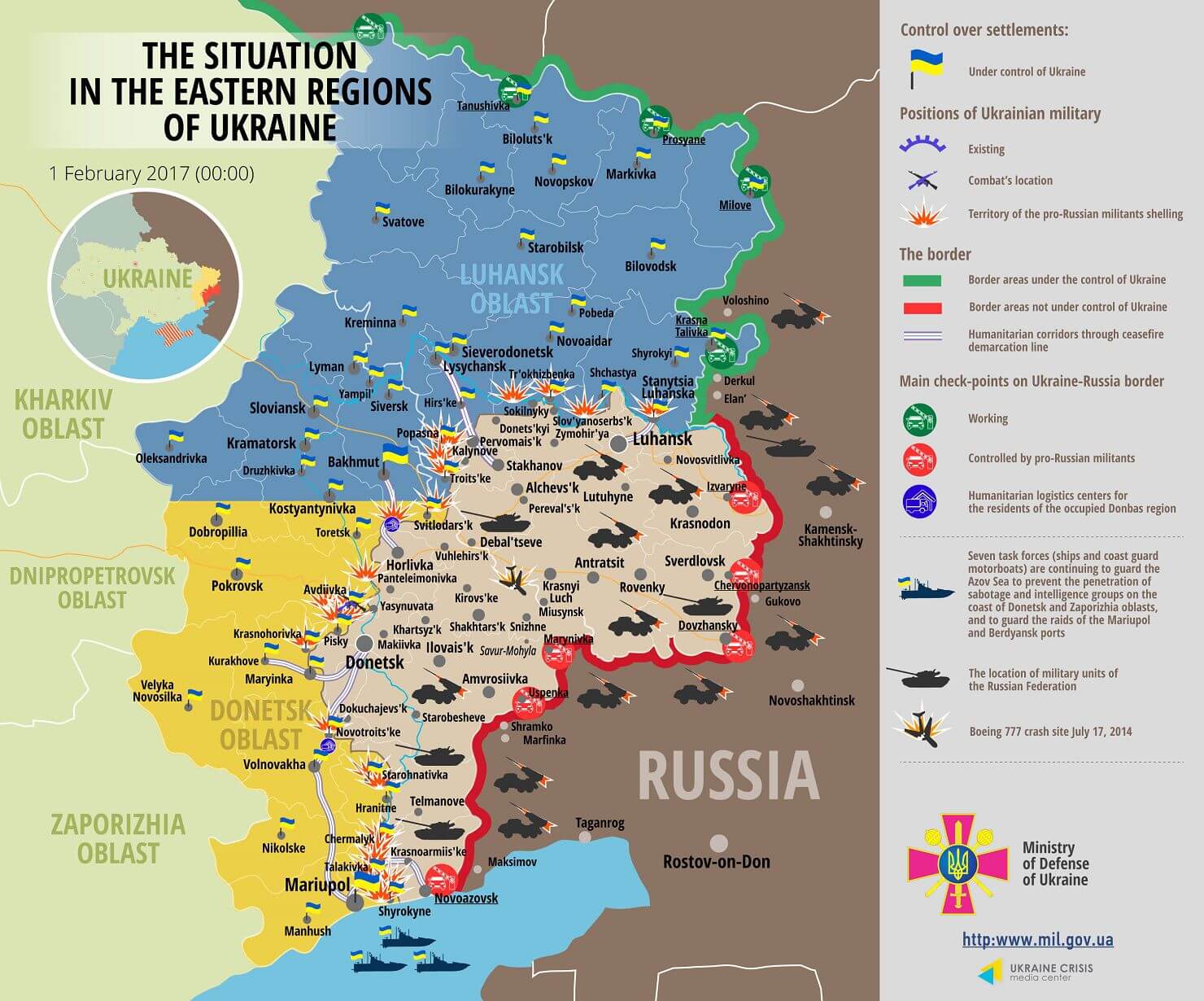 In the Mariupol sector, Russian militants opened fire from mortars and artillery all along the contact line. They shelled the villages of Vodiane, Pavlopil, Talakivka and Berdianske from 122mm artillery, and fired 120mm mortars systems on the villages of Novohryhorivka, Talakivka, Novotroyitske and Vodiane. In the morning, Russian militants fired from mortars in Krasnogorivka, a residential house was damaged by shelling. Areas close to the Azov sea were volatile too. Shyrokyne and Novohryhorivka came under fire from small arms. A sniper was active in the village of Chermalyk. Additionally, the enemy used infantry fighting vehicles in Shyrokyne. Russian militants violated the ceasefire 45 times in the Mariupol sector, 17 of them involved the use of heavy weapons. Over 200 mines were launched on Ukrainian positions.

See also: Kremlin states the escalation in Donbas is the additional opportunity to improve relations with the U.S.