Russian militants attacked Ukrainian positions 56 times in Donbas in the past 24 hours, 5 Ukrainian soldiers were killed

Russian militants launched several hundred shells and missiles in the Avdiivka industrial area. ATO troops defeated Russian militants’ attack in Avdiivka industrial area and occupied their positions. Russian militants continued shelling ATO troops in all sectors from mortar launchers, tanks and grenade launchers and brought rocket artillery up to the frontline. Ukraine reports 5 killed in actions, 9 wounded in action in Donbas during the last day, according to the press service of the Anti-Terrorist Operation (ATO) Headquarters. 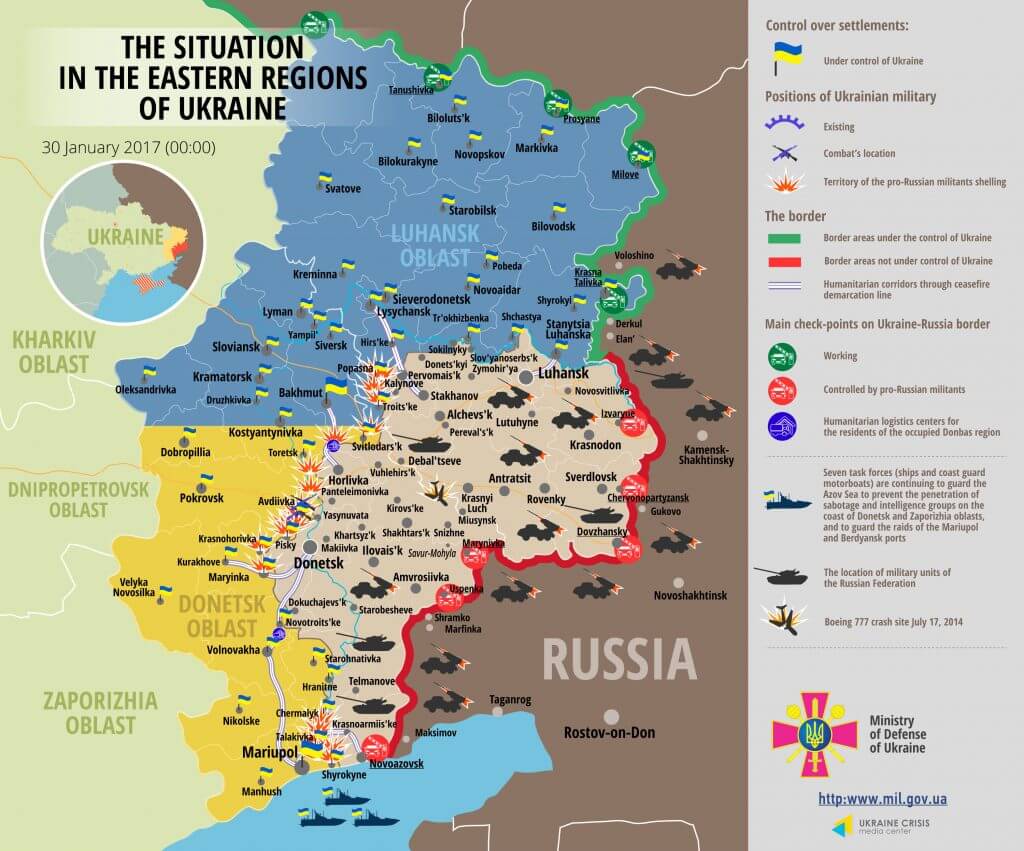 In the Donetsk sector, the Russian militants tried to storm the Ukrainian positions twice near the town of Avdiyivka. Also Russian militants shelled Avdiivka residential quarters. 2 civilians sustained fragmentation wounds. Some residential buildings were damaged too. Having suffered losses, Russian militants were forced to retreat. During the day, they continued shelling with the use of mortars of various calibers on Avdiyivka, and the villages of Verkhniotoretske, Opytne, Luhanske, Zaitseve and Kamianka. Furthermore, the villages of Novhorodske and Pisky came under tank fire.

See also: How much does the Russian information war cost?