Russian militants used multiple rocket launcher in the vicinity of Stanytsia Luhanska and organized new positions close to Luhanske and Novoluhanske in the Donetsk sector. 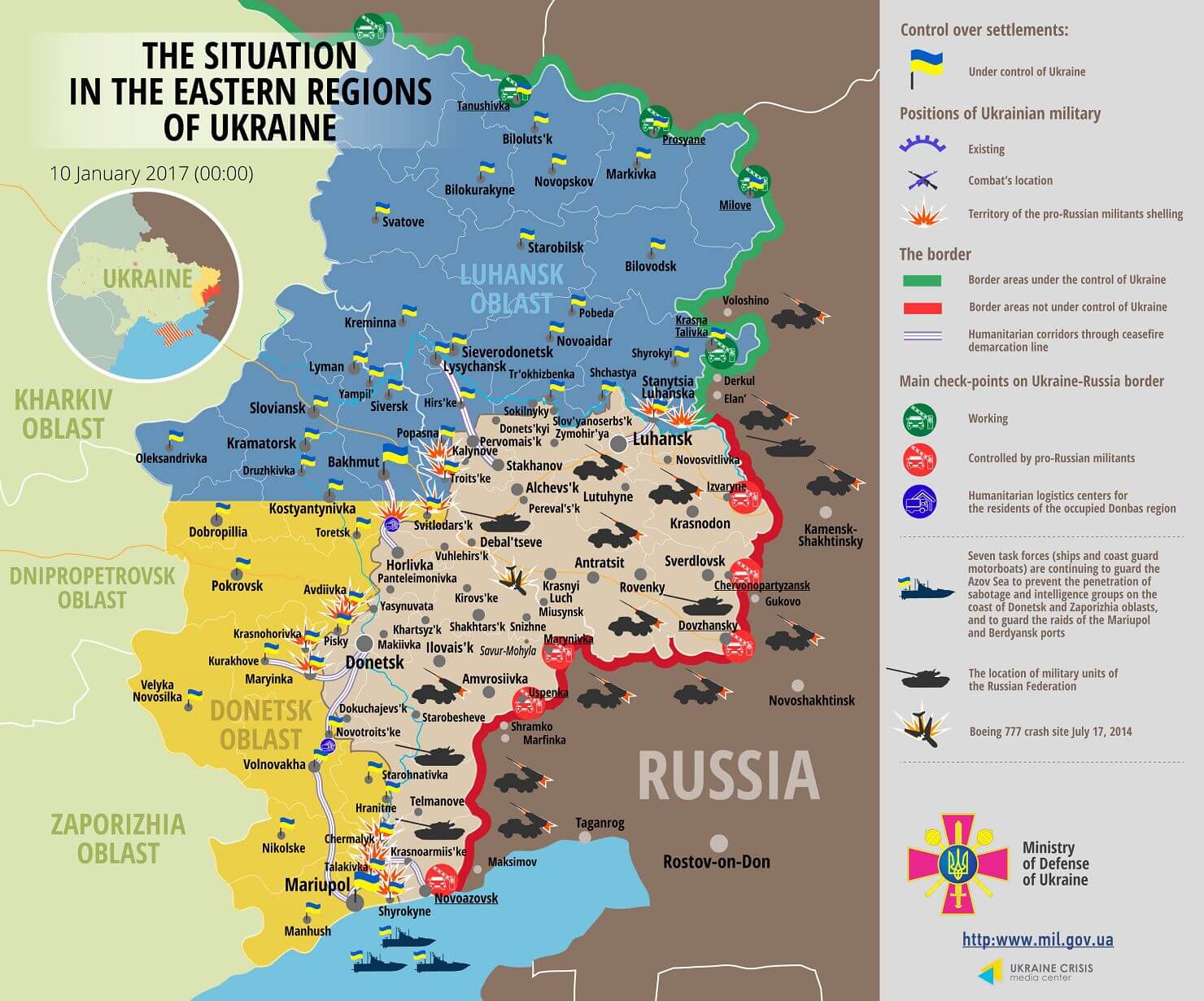 In the Mariupol sector Russian militants continue firing on Ukrainian forces. They violated ceasefire in Mariinka and Pavlopil-Shyrokyne area. Most of the armed provocations took place at night. From time to time the militants were using mortars and armored fighting vehicles. In total, militants violated ceasefire 20 times in the Mariupol sector, two of them involved use of heavy weapons.

In Luhansk sector yesterday Russian militants attacked Popasna, fired from mortars several times in Troitske, they also employed snipers. The enemy violated ceasefire a number of times in Novozvanivka. In the frontline village Syze, not far from the state border, the adversary used “Grad” multiple rocket launcher. In total, the militants violated ceasefire 11 times in the Luhansk sector, five of them involved use of heavy weapons.

In the Donetsk sector Russian militants started active actions in all key areas of such as Svitlodarsk bulge, Zaitseve, Avdiivka and Opytne. Almost half of enemy’s attacks involved use of mortars, they launched more than 100 mines on our positions. The situation was the most tensed in the afternoon. The longest lasting and the most powerful militants’ attacks took place in Luhanske village. In the vicinity of Luhanske and Novoluhanske the militants organize new positions, lay mines and send reconnaissance groups to Ukrainian positions. In total, the enemy violated the ceasefire 15 times in the Donetsk sector over the past 24 hours.