Russia will withdraw from the Rome Statute establishing the International Criminal Court (ICC), according to an order signed by Russian President Vladimir Putin.

Putin has agreed to accept this proposal by the Ministry of Justice of Russia, which is coordinated with other departments and the Supreme Court, and instructed to notify the UN Secretary General about Russia`s intention to withdraw from the agreement. 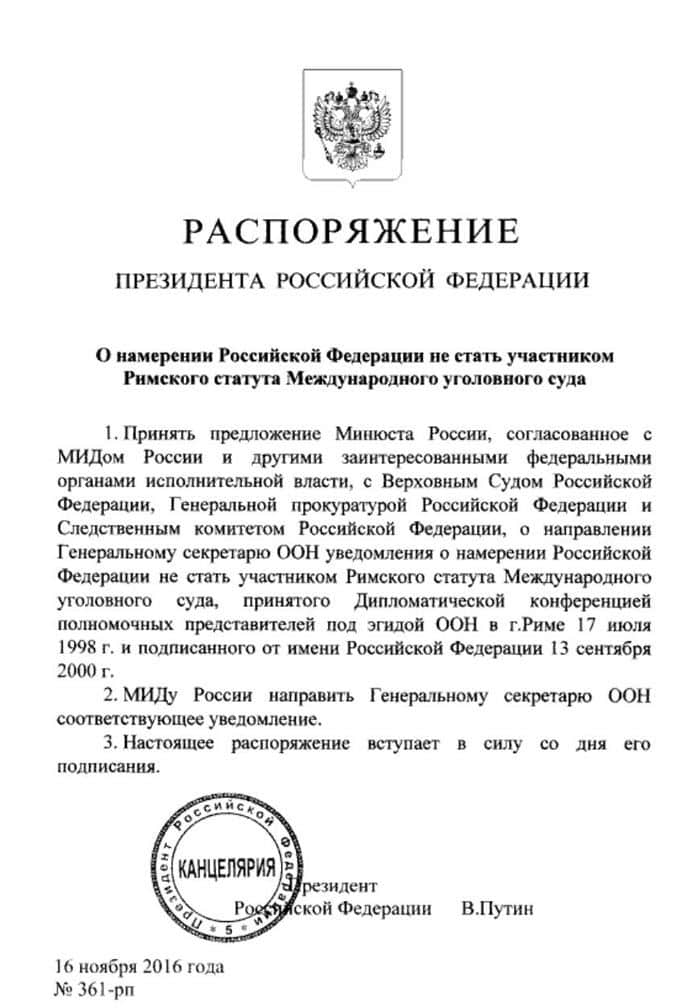 It is worth noting that Putin`s decree was published the next day after the ICC had issued a preliminary investigation by a prosecutor, which designated the occupation of Crimea as an international armed conflict between Ukraine and Russia.

”The information available suggests that the situation within the territory of Crimea and Sevastopol amounts to an international armed conflict between Ukraine and the Russian Federation,” the report says.

”This international armed conflict began at the latest on February 26 when the Russian Federation deployed members of its armed forces to gain control over parts of the Ukrainian territory without the consent of the Ukrainian Government,” ICC Prosecutor Fatou Bensouda said.

The ratification of the Rome Statute of the International Criminal Court provides that crimes committed by citizens from the countries that have ratified it or in their territory are subject to jurisdiction of the international court in The Hague.

Russia signed the Rome Statute in 2000, but it has not been ratified.