FIFA doesn’t take away from Russia the World Cup and considers that Crimea is the Russian territory.

International Football Federation (FIFA) released the official video of the World Cup 2018, which shows Crimea as the part of Russian Federation.
This video was posted on the official channel FIFATV on Youtube. 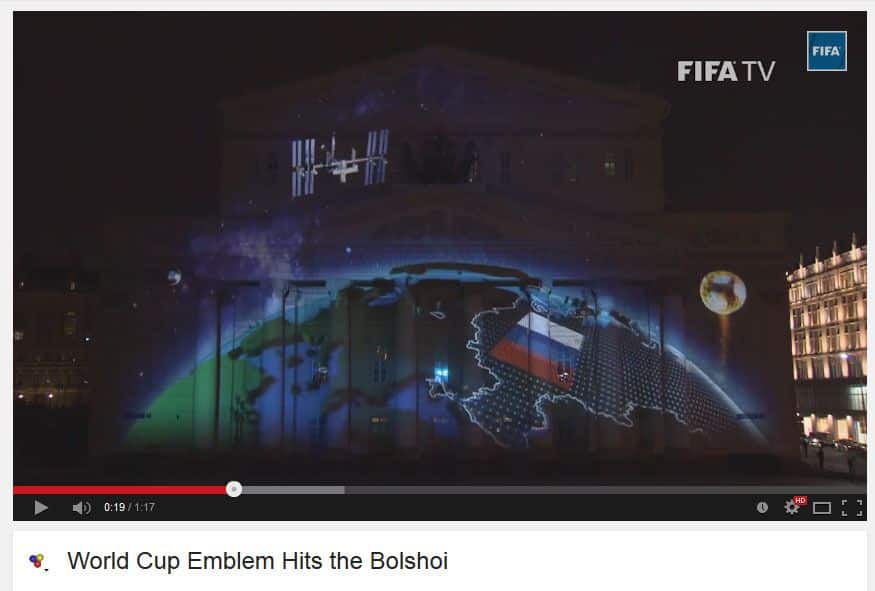 The video was projected on the facade of the Bolshoi Theatre. On it to the maps of Russia is included the territory of Crimea.
This can be seen in the video in the 19th-21st seconds.
You can see video here – https://www.youtube.com