Russia`s hybrid military forces attacked Ukrainian army positions in Donbas 29 times in the past 24 hours, according to the press service of the Anti-Terrorist Operation (ATO) Headquarters. 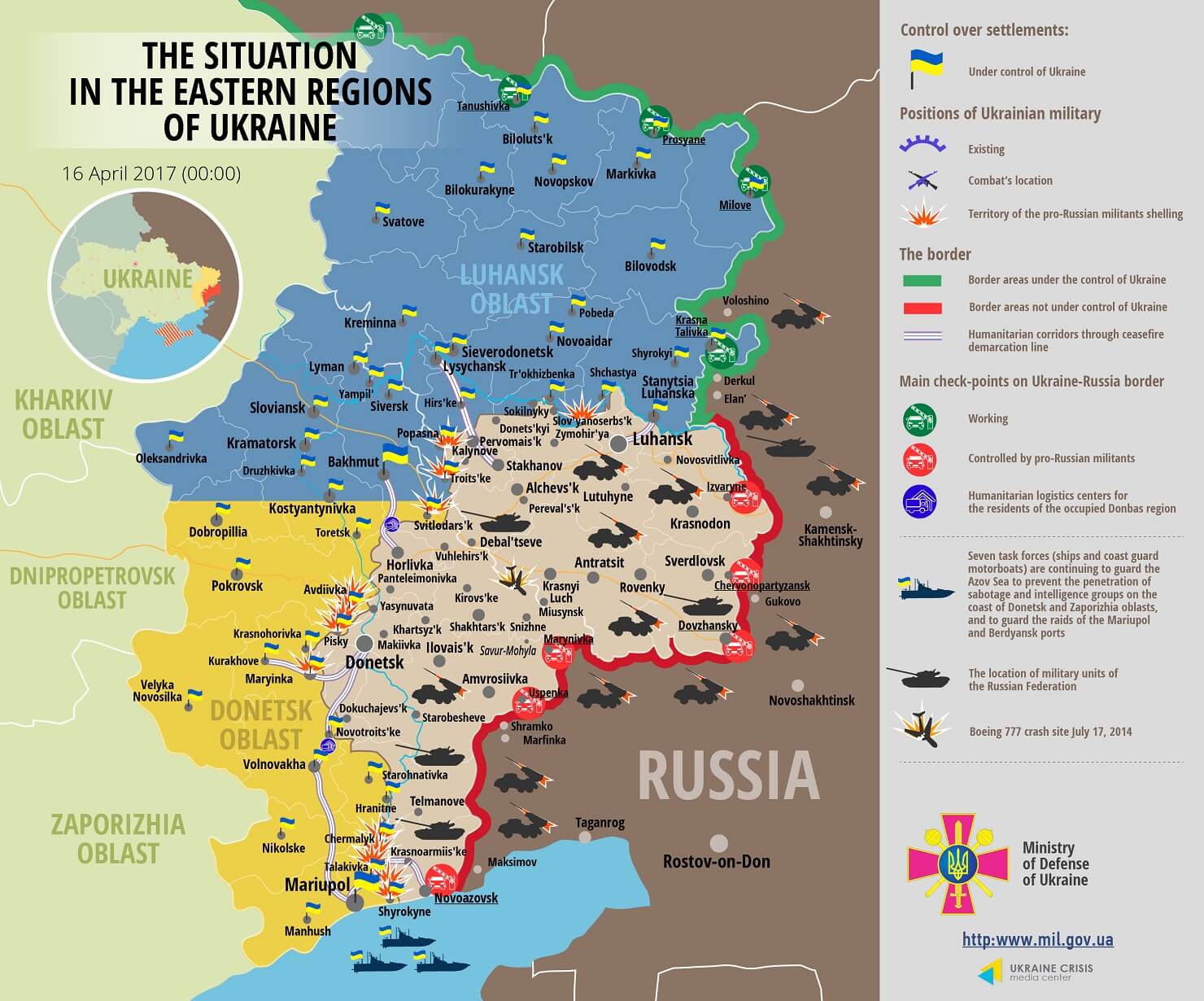 Despite armed provocations, the Ukrainian army strictly observed the ceasefire and did not fire back.

See also: Number of Ukrainian hostages in Donbas rises to 126 – representative of Ukraine in the Minsk Contact Group