Combined Russian-separatist forces were most active in the Donetsk sector, while it was relatively calm in the Luhansk sector, according to the press center of the Anti-Terrorist Operation (ATO) Headquarters.

”Most of enemy attacks – 21 cases – were recorded in the Donetsk sector. Militants repeatedly fired 120mm and 82mm mortars and rocket-propelled grenades on the Ukrainian positions in the town of Avdiyivka and the village of Maiorsk. 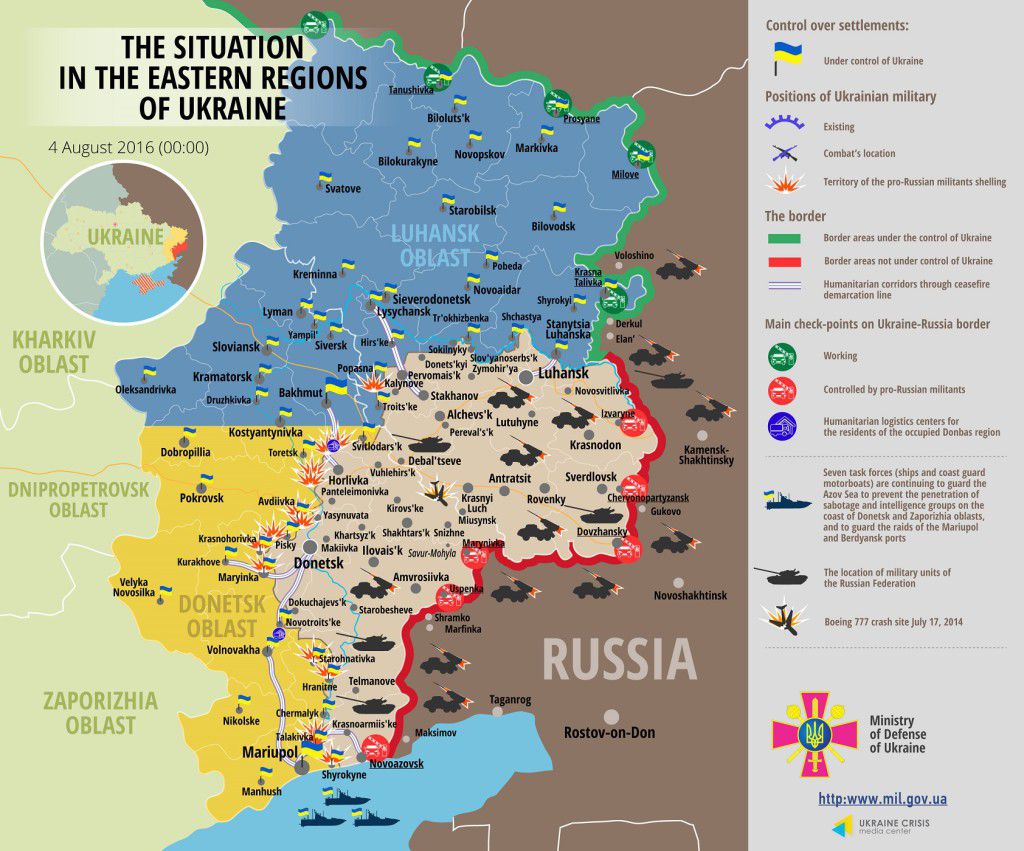 The enemy violated the Minsk agreements in the village of Zaitseve, having opened fire from heavy artillery systems twice, using banned 122mm artillery shells,” the ATO HQ said in an update as of 06:00 Kyiv time on Thursday.

From 02:00 Kyiv time on Thursday, the enemy resumed the shelling of residential areas in nearby villages and towns outside the militant-occupied city of Donetsk.

The occupiers fired heavy machine guns, grenade launchers and small arms in the villages of Nevelske and Troyitske. In addition to these types of weapons, they fired from guns of infantry fighting vehicles in the village of Novhorodske. The enemy also used an anti-aircraft gun to attack Avdiyivka, which also came under sniper fire.

In the Mariupol sector, the situation was tense on two stretches of the front: Krasnohorivka – Maryinka and Hnutove – Shyrokyne, where the enemy actively fired from mortars and machine guns to shell the Ukrainian fortified positions. The militants used heavy artillery systems to shell Shyrokyne, while infantry fighting vehicles attacked the town of Maryinka. Enemy snipers were active in the town of Krasnohorivka and the village of Hranitne.

Meanwhile, there was a relative lull in Luhansk region in the last day, the press center said.

In total, the ATO HQ reported 38 attacks on Ukrainian army positions in eastern Ukraine in the past 24 hours.