On April 7, 2017, two U.S. warships fired 59 Tomahawk missiles at the Shayrat Air Base located in the province of Homs in western Syria. This strike was delivered in response to the recent attack on civilians with the use of sarin, lethal chemical weapon. On April 4, 2017, the Air Force of Bashar al-Assad and his ally, the Russian Federation, made an air raid on Khan Shaykhun city in central Syria culminating in a chemical attack, which killed more than 100 and poisoned over 500 civilians, the activists from the international OSINT community InformNapalm said.

Mikhail Voskresensky, a reporter for Russian RIA Novosti news agency, in his footage from Shayrat, captured some Russian or Soviet containers for binary chemical weapons. The photos were taken at Shayrat Air Base to demonstrate the aftermath of the American missile strike. 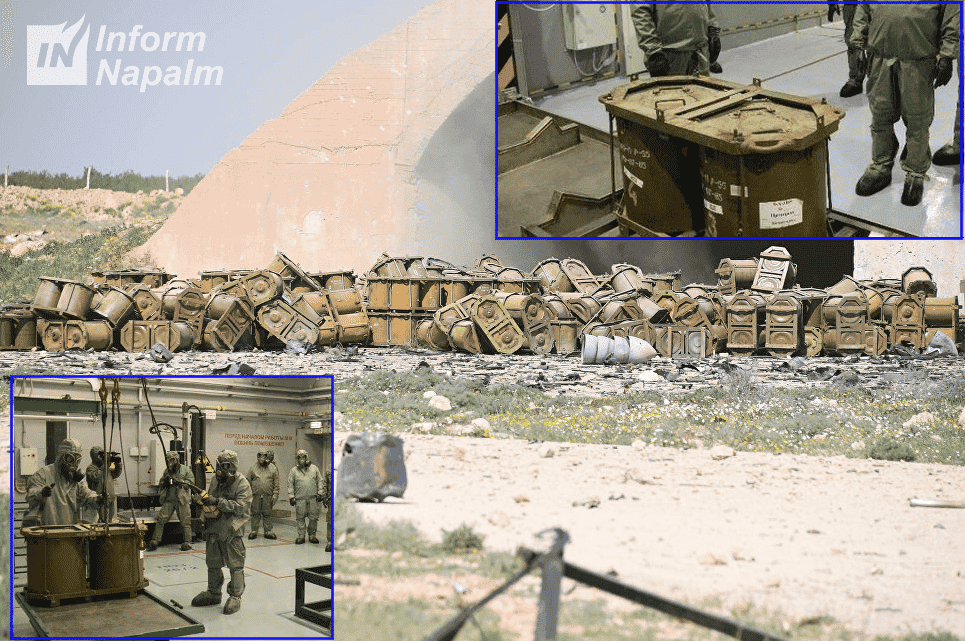 In the case with sarin (GB-2) binary weapon the container consists of two canisters: one containing isopropyl alcohol and isopropylamine solution, the second – methylphosphonyl difluoride, which mix after the projectile deployment and produce toxic agent. 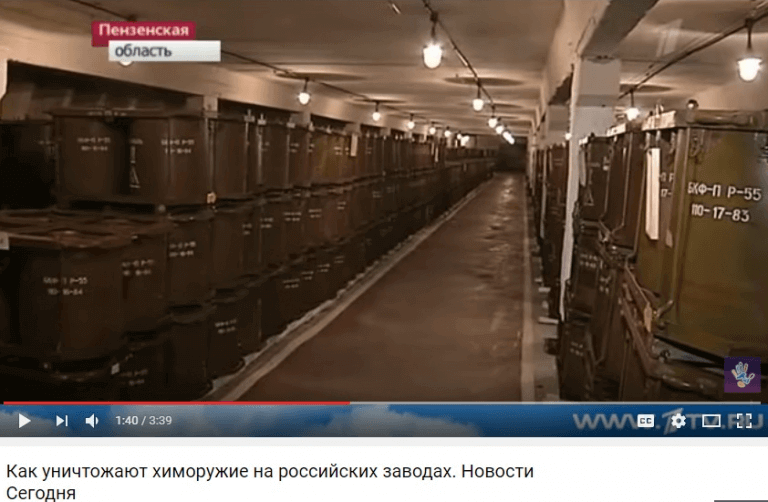 The same containers can be seen on the photos that show the process of chemical munitions destruction by the Russian military at Pochep chemical weapons destruction facility (Bryansk Oblast, Russia), InformNapalm reported.

”InformNapalm team is not in a position to insist that the containers captured on photo contain toxic substances. However, the fact that Russia blocked the UN resolution, which foresaw the international investigation at Shayrat, fuels suspicion,” the report says.