Combined Russian-separatist forces attacked Ukrainian army positions in eastern Ukraine 16 times in the past 24 hours – nine times in the Mariupol sector and seven times in the Donetsk sector – according to the press center of the Anti-Terrorist Operation headquarters. 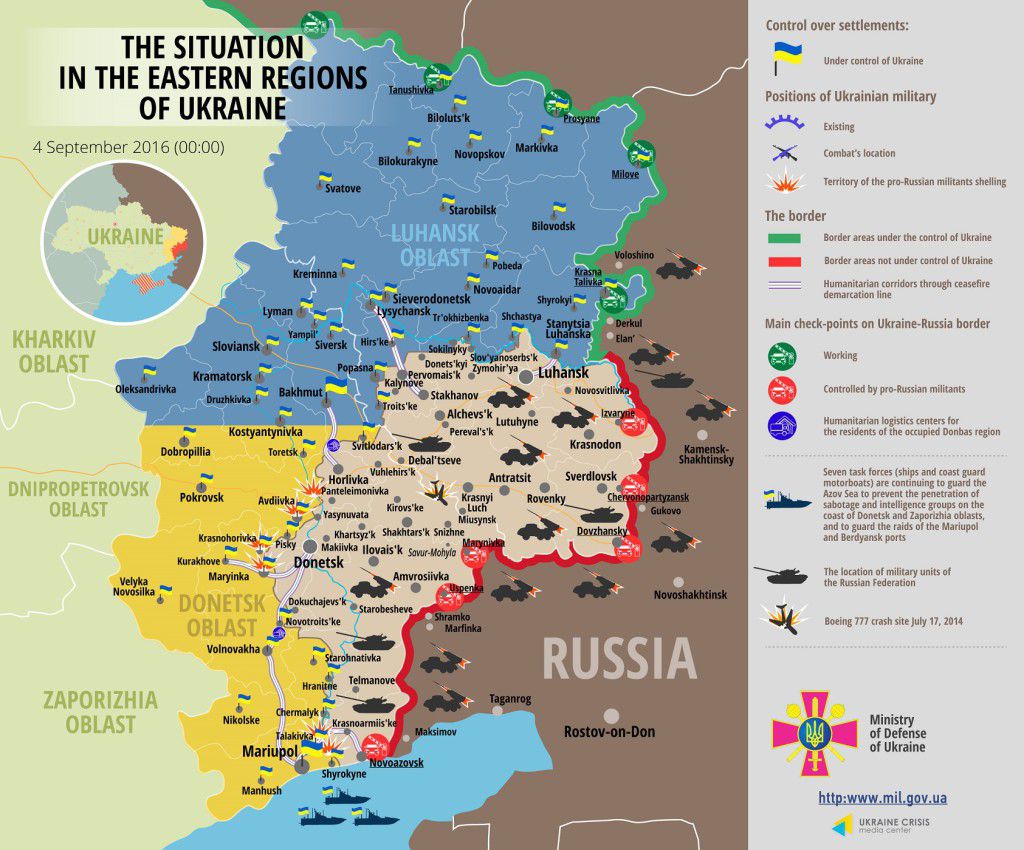 In the Donetsk sector, militants fired rocket-propelled grenades, heavy machine guns and small arms on the town of Avdiyivka.

”The Armed Forces of Ukraine do not respond to provocations and do not fire back,” the report said.

”In general, the situation in the Donbas conflict zone is characterized by the observance of the ”ceasefire”, with the exception of single armed provocations by the enemy,” the headquarters noted.