State-run enterprise Antonov has launched large-scale deployment of the batch production facilities of the An-178 transport aircraft, which is now undergoing certification tests.

The An-178 has already performed over 100 flights with an overall duration of 160 hours, Antonov`s press service reported. 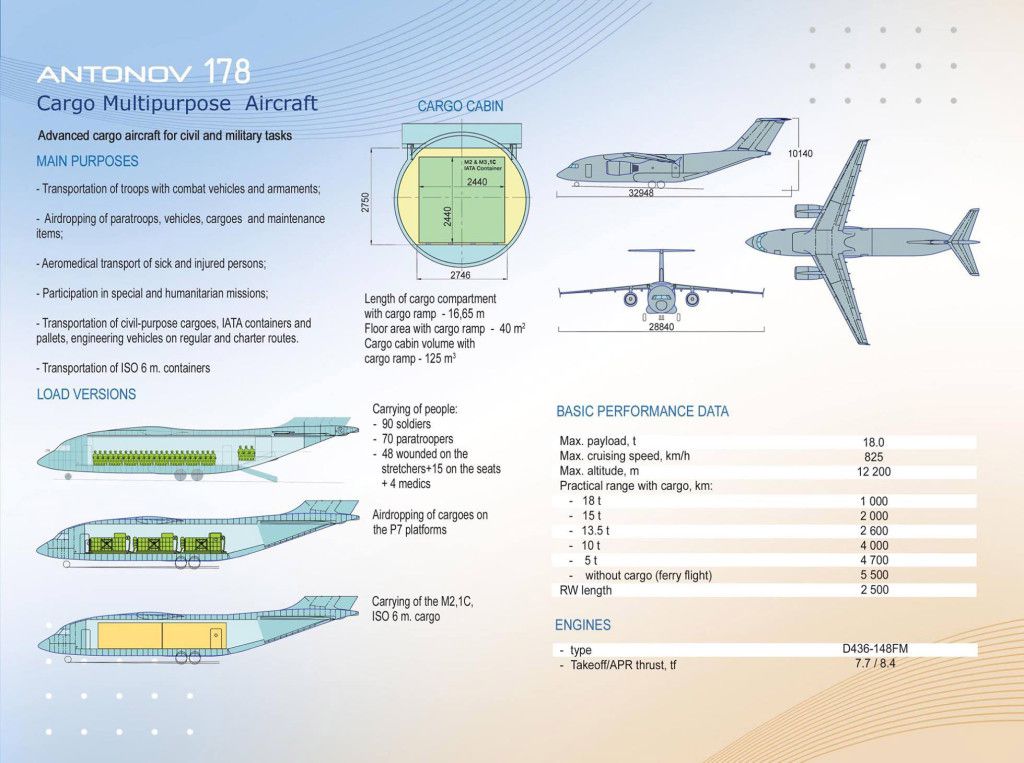 Currently, the plane is being prepared for freight handling operations.

All the procedures are in line with Europe`s CS-25 Large Aeroplanes requirements, Antonov CEO Oleksandr Kotsiuba said while commenting on the certification tests.

”We`ve got a firm order for 10 planes for a company from Azerbaijan. The deployment of the An-178 production facilities has started at Antonov`s plant,” he added.

The An-178 aircraft was developed on the basis of the An-158 passenger plane and is designed to replace the An-12 transport plane. It is able to carry up to 18 tonnes of cargo, including large-sized 1C containers.

Antonov estimated that the demand for the An-178 model will reach 200 aircraft by 2032.

The An-178 was earlier displayed at the Berlin Air Show 2016 where it carried out its maiden flight.

Later, it was showcased at the Farnborough International Airshow, which took place from July 11 to July 17, 2016.

In June 2016, the Antonov aircraft plant and Azerbaijan`s Azal signed a contract to supply 10 cargo An-178 planes to the country`s Silk Way Airlines.

The first two planes will be shipped by the middle of 2018 and then another eight will be built. The Ukrainian plant has already received advance payment for the first two planes. The total sum of the contract is a commercial secret.

The 10 aircraft are said to be the first batch as part of the deal.