Anniversary of the Chornobyl Nuclear Power Plant Disaster in Ukraine 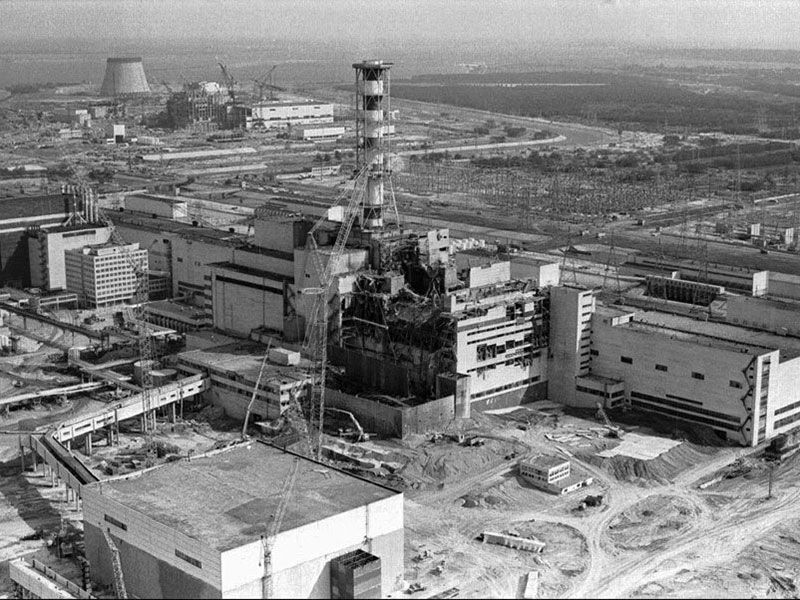 31 years passed since  26 April 1986, when near Ukrainian town Prypyat exploded Reactor No. 4 at the Chornobyl Nuclear Power Plant. That was one of the worst nuclear accident to have ever occurred on the Earth after which 350,000 residents of Ukraine that was a part of the former USSR were evacuated, and was created the 30-kilometer Exclusion Zone. The reactor of the fourth power unit of the Chornobyl nuclear power plant exploded and spit out radioactive substances into the northern part of Ukraine, as well as Belarus, Baltic states, Poland, Sweden, Finland, and several other countries. The Soviet Union government kept the tragedy in secret and did nothing to prevent the terrible consequences of the Chornobyl.

After the explosion a power surge blew the roof off a reactor and mostly ruined it, spewing radioactive clouds. A massive engineering project 100-metre steel arch being built to contain remaining radioactive waste.

Donors around the world pledged €87.5m (£68m; $99m) on Monday towards a new underground nuclear waste facility in the region.

See also: Arch being slid into place over damaged Chornobyl reactor. It is the world’s largest movable structure. Video

Ukraine will need to commit a further €10m in order to complete the new storage site. Work began in 2010 on a 25,000-tonne, €2.1bn sarcophagus to seal the uranium left in the damaged reactor, thought to be about 200 tonnes.

30 Years After Chernobyl, Nature Is Thriving by National Geographic