Russia threatened with missile strike in the case if Ukraine conducts military drills near the occupied Crimea. This warning is contained in the letter of the Ministry of Defense of Russia, addressed to the military attaché at the Ukrainian Embassy in the Russian Federation. ZN.UA reports this, citing sources in the Ministry of Defense of Ukraine.

In the afternoon of November 29, movement of Russian military convoys was recorded in the occupied city of Kerch (Crimea).

Deployment in the occupied Crimea of S-300VM Antey-2500 anti-aircraft missile system may be associated with an attempt to disrupt the Ukrainian missile tests over the Black Sea, scheduled for December 1-2. The activists from the international OSINT community InformNapalm identified the anti-aircraft missile complex among other military equipment spotted in military convoys across the occupied Crimean peninsula November 29.

”Due to the deployment of the S-300VM in Crimea directly ahead of the missile tests scheduled by the Ukrainian side, two likely scenarios of Russia`s actions are considered: the Russian Federation plans to shoot down a Ukrainian missile; Russia is plotting a provocation involving a downing of a passenger plane and further accusation of the Ukrainian side with reference to the missile tests,” reads a statement. 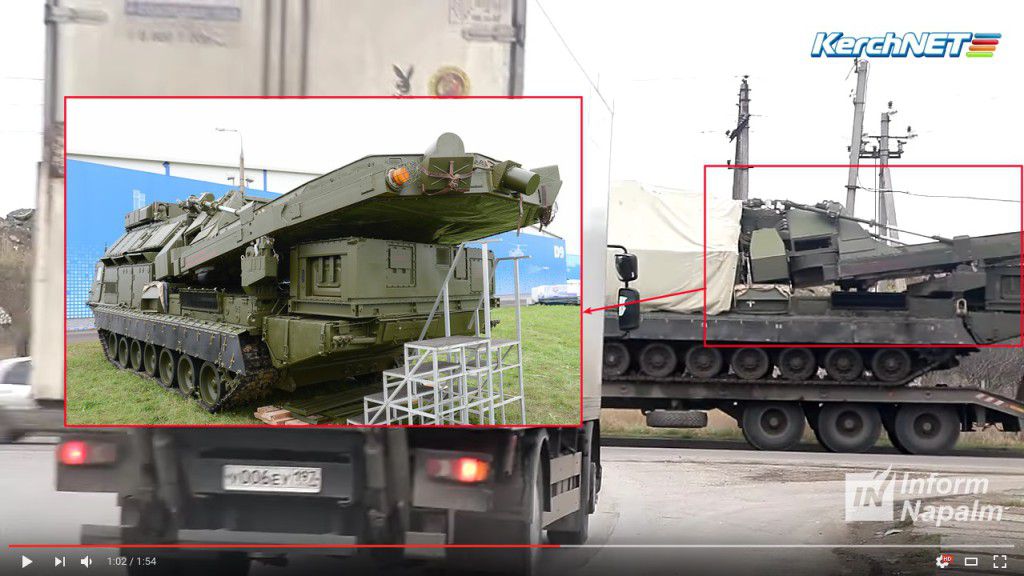 Deputy Defense Minister Alexander Dublian admitted that Russia can implement its threat to launch a missile and hit in the case if Ukraine conducts the planned missile firing exercises over the Black Sea on December 1-2. Dublian said in a comment to Ukrainian News.

“Based on their actions over the years, one can expect a lot of wrong and negative actions from Russia”, said the Deputy Minister.

As reported earlier, November 25 the Russian defense ministry delivered a note to the Ukrainian authorities in connection with plans to conduct missile test launches near the occupied Crimea.

Foreign Ministry of Ukraine intends to inform the international community about the threat of Russian missile strike. This was reported on “112 Ukraine” TV channel by the Foreign Ministry spokeswoman Mariana Betsa.