The situation remains tense in the area of the Anti-Terrorist Operation as the Russian-occupation forces continue armed provocations against the Ukrainian troops. Since the early hours of Sunday, the enemy opened fire 54 times on the Ukrainian strong points along the line of contact, according to the ATO press center. 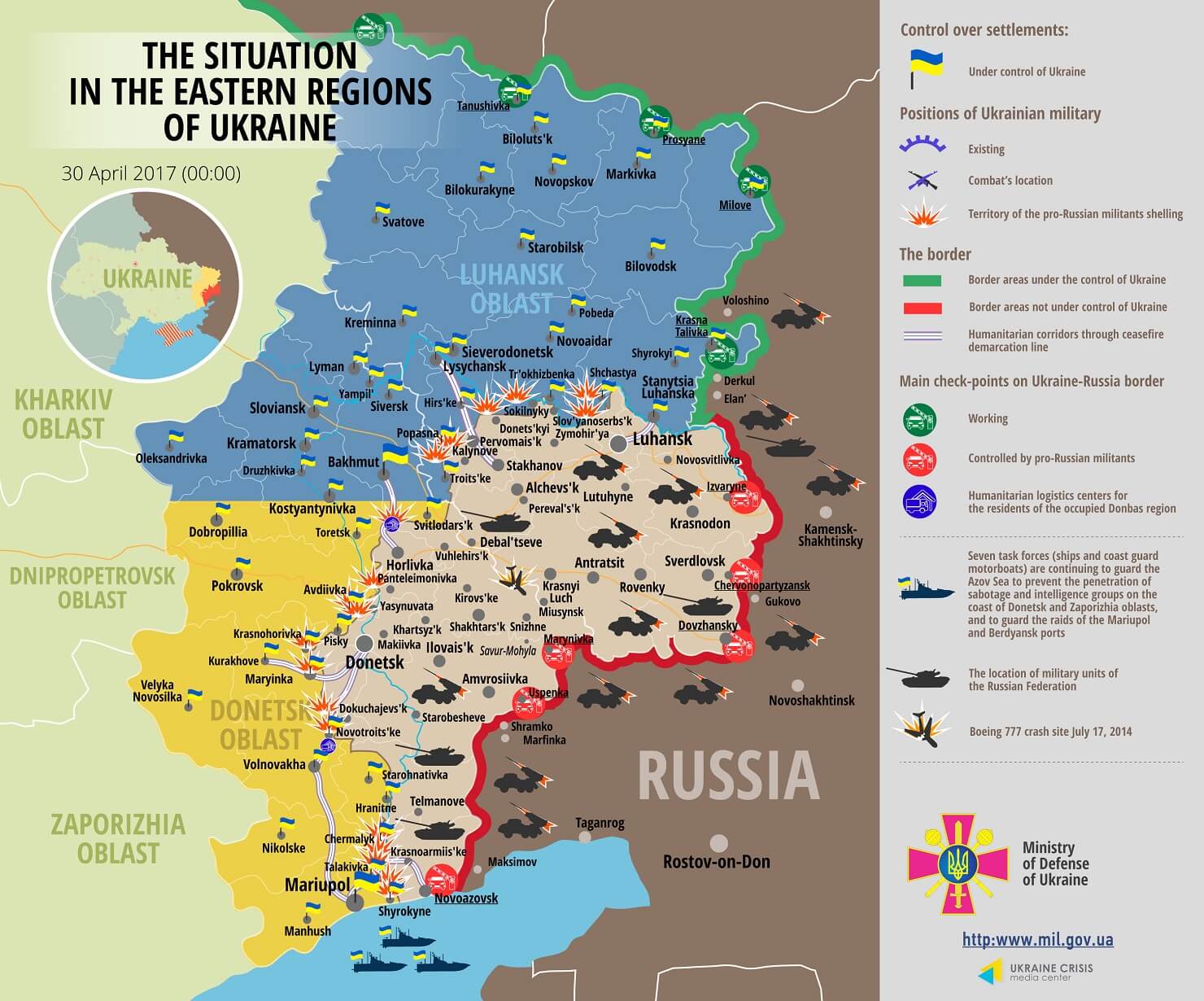 Read alsoDay in Donbas: 27 enemy attacks, 5 Ukrainian troops wounded and injuredA”In the Donetsk direction, the enemy fired 120 mm and 82 mm mortars, grenade launchers of various types, and large-caliber machine guns at positions in the area of Avdiyivka. The defenders of Verkhniotoretske were fired upon  from grenade launchers and 82 mm mortars, while the defenders of the Butivka mine – from large-caliber machine guns. Our positions in the vicinity of the settlement of Zaitseve came under fire from anti-tank grenade launchers and small arms. In the vicinity of the Butivka mine and Avdiyivka, enemy snipers were active,” the ATO HQ wrote on Facebook.

In the Luhansk direction, the Russian-occupation forces shelled the Ukrainian positions near Novotoshkovske from 122 mm artillery, 120 mm and 82 mm mortars, grenade launchers and heavy machine guns. Strong points near Krymske were fred upon from 122 mm artillery, grenade launchers and 82 mm mortars. The defenders of the village of Stariy Aydar were shelled from 120 mm mortars, while the defenders of Novo-Oleksandrivka – from an anti-tank missile system. Grenade launchers of various types and large-caliber machine guns were used by the enemy near Novozvanivka. The enemy fired large-caliber machine guns and small arms at the positions near the village of Zhovte.

It is noted that in some occasions, when there was an immediate threat to the life and health of Ukrainian troops, their commanders took decisions to adequately return fire.

”Over the past day, two Ukrainian soldiers were killed and another four wounded,” the headquarters said.