The russian soldiers of the 1st and 2nd Russian Occupation Army Corps are actively preparing for military action to further expand control over the territory of Ukraine, support their foremost troops ready for action and conduct battle training activities in the Russian Armed Forces system. The training activities focus on motorized rifle, tank and artillery units. Over 20 training events have already been conducted at the level of battalions. The final stage will be training at brigades’ level. In parallel, they continue receiving the ammunition, fuel and lubricants from Russia. This information was provided by Vadym Skybytskyi, Ministry of Defense of Ukraine, Chief Intelligence Department, at a briefing at Ukraine Crisis Media Center.

According to him, apart from Occupation Army Corps, they plan to create the Azov DNR “flotilla”, which will consist guard patrol boats 12200 Sobol Class and 12150 Mangust Class.

Moscow is preparing to transfer these boats from the Border Service of the FSB to DNR “flotilla” based in occupied Novoazovsk.

The Russian military leadership decided to remove unreliable commanders of Russian separatists. The Russian military personnel will be appointed for their positions. Those who resist will be physically exterminated. Currently, Ukrainian military intelligence has information about Commander of the 1st Army Corps. He is a regular Russian officer, Major General Valery Asapov. His deputy on work with the regular personnel is Colonel Yevhen Cherkov. 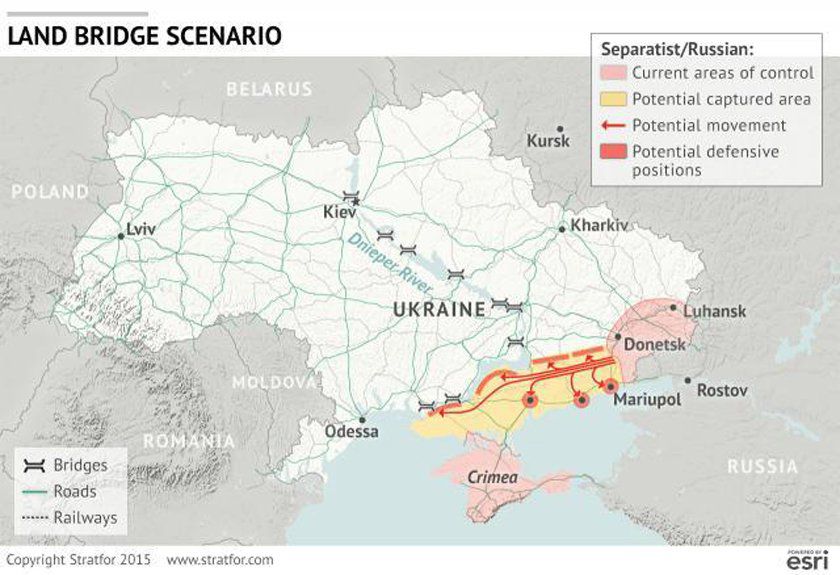 Military intelligence has recorded 31 fact of holding Rrussian’ weapons in places where it had to be taken away. In addition, due to the lack of construction materials, Russian troops dismantle abandoned residential buildings.

1,700 people who received military training in the Rostov region, Russia, have arrived to Ukraine since the beginning of the year. The redeployment is carried out under the guise of local people in civilian clothes. After they come to the occupied territory, they dress in military uniforms and take up combat missions. Russian forces use at least 80 schools, kindergartens, hostels etc. for deployment.