Task number one today: not allowing any talks about “peacekeeping” with Putin and rebels – IR 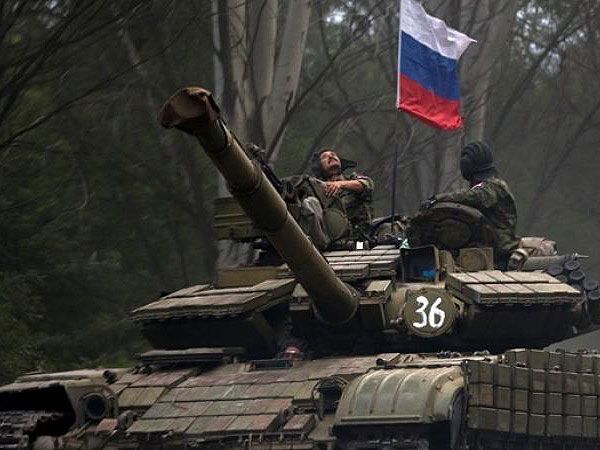 Concerning the further development of the situation in Donbas:

Several facts. As soon as the ‘large-scale advance’ of Russian-terrorist troops started withering away, Putin started sounding off about the ‘necessity to stop combat activities’ in Ukraine. The Kremlin’s mouthpiece in the Verkhovna Rada [VR, or Parliament] of Ukraine (the so-called Opposition Bloc) registered a draft of a VR Resolution N 1847 (included in the Parliament’s Wednesday [02.04.2015] agenda. The document speaks about “holding direct negotiations with the Russian Federation” and “involving a peacekeeping contingent,” as well as addressing the UN to “divide the warring forces.” The terrorists also changed their tune to call for “peacekeepers” – as mentioned yesterday by Denis Pushilin [self-proclaimed Vice Chairman of the Donetsk People’s Republic].

At the same time, the terrorists loudly declared ‘mobilization.’ (Even though, in one form or another, mobilization in the ‘DNR’ [Donetsk People’s Republic] and ‘LNR’ [Luhansk People’s Republic] has been going on since September 2014, or earlier. Right now, the best they can do is to include some grannies with grenade launchers in their ranks – Volkssturm, anyone? The bottom line is, the current ‘mobilization’ talks are just another attempt to blackmail the Ukrainian government.) They also started mouthing off about never signing the Minsk Protocol addendum concerning the line of demarcation.

The true meaning of this is clear. Taking advantage of the tense ‘ceasefire,’ Russian-terrorist troops captured a considerable amount of Donbas territory since September [2014]. No one has any intentions of returning them into Ukraine’s jurisdiction (which is the reason for denying the legitimacy of the addenda to the Minsk Protocol concerning the line of demarcation as recorded in September 2014). At the same time, Putin and the terrorists are running out of potential for further offensive action, for the time being.

We can see a scenario that would be convenient for Putin today (one that, by the look of it, is being implemented already). The first priority is holding the occupied territories. The optimal solution for that is introducing a ‘peacekeeping contingent’ (obviously, primarily Russian, while the ‘support group’ may consist of contingents of such countries as Kazakhstan (the ‘Kazbat’ battalion), Belarus, and Armenia, under Russia’s general supervision). Russia will veto any other formats on the level of the UN Security Council granting the mandate [for peacekeeping operations].

An important feature of this scenario is its universal utility for Moscow. Should a ‘peacekeeping operation’ commence, Kyiv will lose any possibility to conduct its own military operation to liberate Donbas, lest it starts a conflict with the UN and the international community (and make Putin free to initiate open Russian aggression against Ukraine that “disobeys the UN” and “is destroying the peaceful people of Donbas.”) Meanwhile, both the ‘DNR’ and ‘LNR’ (that is, their Kremlin masters) are entirely free to resume military operations whenever they find convenient – because they are not recognized as state formations on the international level, so what can be expected of them? Plus, the presence of Russian Armed Forces in Donbas will be legalized in their capacity as ‘peacekeepers.’

Therefore, our number one task today is to stop any ‘peacekeeping’ talks, because those are a sure-fire way to deprive Ukraine of its territories currently occupied by Russian-terrorist forces. Plus, this option provides no guarantees from the Russkiy Mir [‘Russian World‘] plague spreading further across our land. On the contrary, Putin would receive a great springboard to do exactly that.