Hitler and Putin. The Rise of Evil. Infographic

“If there is Putin – there is Russia, no Putin – no Russia”
23.10.2014
Vyacheslav Volodin, First Deputy Chief of Staff of the Presidential Administration of Russia 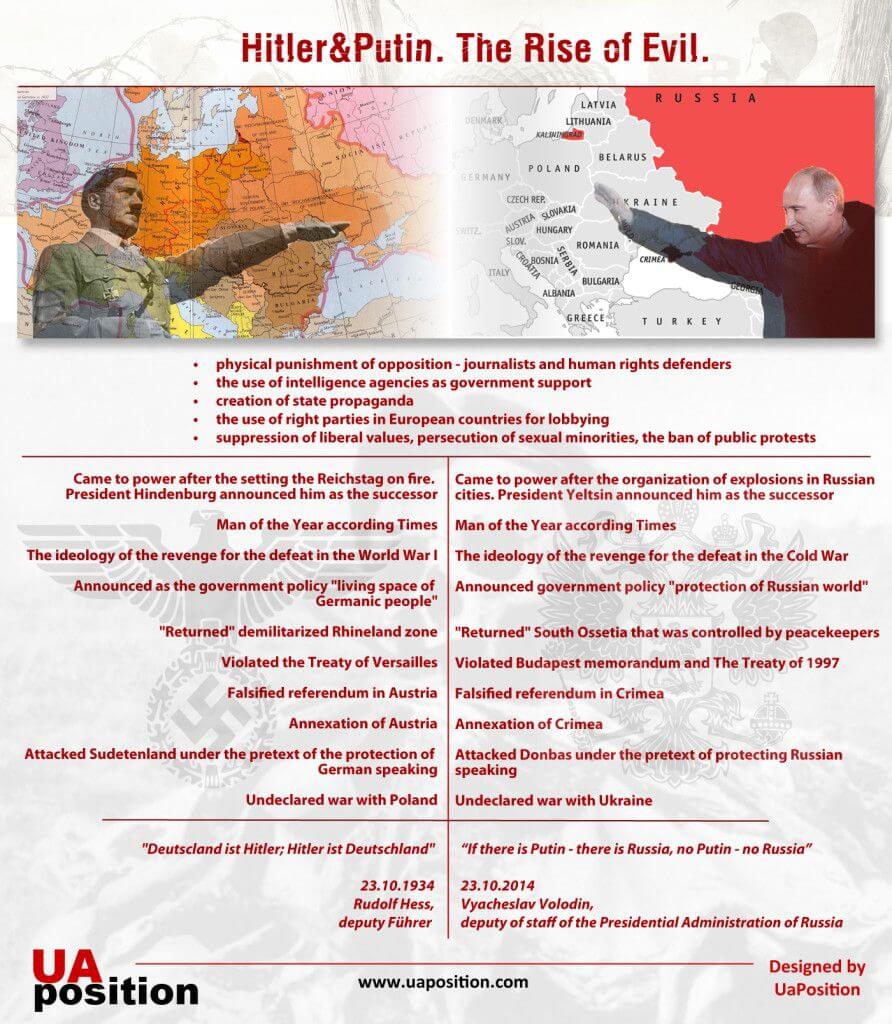 Hitler and Putin:
• physical punishment of opposition – journalists and human rights defenders
• the use of intelligence agencies as government support
• creation of state propaganda
• the use of right parties in European countries for lobbying
• suppression of liberal values, persecution of sexual minorities, the ban of public protests