As it is well-known Russia has about 1,500 troops stationed in the unrecognised separatists’ republic Transnistria (Republic of Moldova), post-Soviet “frozen conflict” zone, that has eastern Moldovan border with Ukraine. 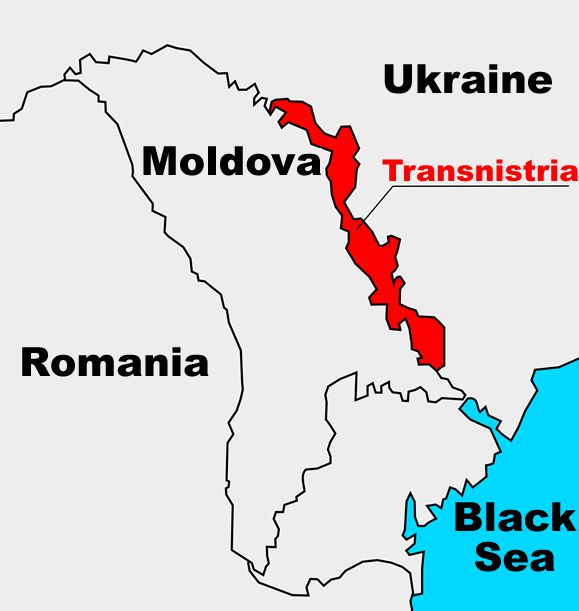 Verkhovna Rada of Ukraine (Ukrainian Parliament) adopted the law on denunciation of five agreements between Ukraine and the Russian Federation on May 21, 2015.

In addition the Cabinet of Ministers of Ukraine made a decision to terminate military technical cooperation with Russia.

At the cabinet meeting on May 20 the Prime Minister of Ukraine Arseniy Yatsenyuk said that this was done because of the Russia’s aggression towards Ukraine:

“Once, there was such the agreement on military technical cooperation between Ukraine and the Russian Federation. It was signed on May 26, 1993. The Cabinet of Ministers of Ukraine reaches a decision to terminate this agreement. The Russian Federation is an aggressor state, the Russian Federation illegally annexed the Crimea, Russia carried out military intervention in Donetsk and Luhansk regions, Russia poses a threat to Ukrainian state and its territorial integrity. That is why the agreement on military technical cooperation with Russia is terminated by the Cabinet of Ministers of Ukraine,” said Arseniy Yatsenyuk.

As for now, Russia has no legal way to take away 1,500 soldiers home or send new troops to Transnistria. Transit of Russian military units through Ukrainian territory was the only way for Russian troops during last years.

One of the the the possible scenarios of the further Russia’s aggression toward Ukraine is to grab the entire southern coast of Ukraine and have the connection in the breakaway region of Transdniestria.