Russian soldiers publish in social networks their photos from Syria, while Russian government continue to deny their presence on Middle East.

Soviet-era naval supply and maintenance base in Tartus now operates as a full-fledged military base, and Russian soldiers make their photos with arms at checkpoints and facilities outside the base.

So on the Russian social networks Odnoklassniki and VKontakte Russian servicemen published next photos: 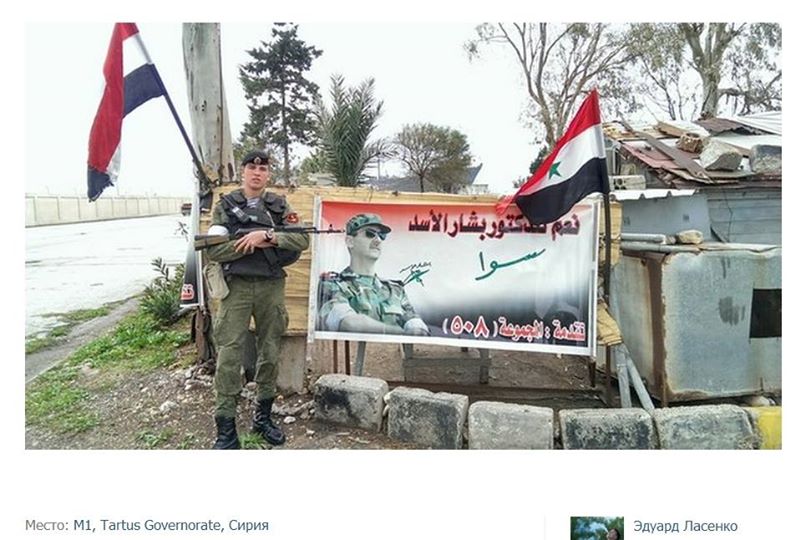 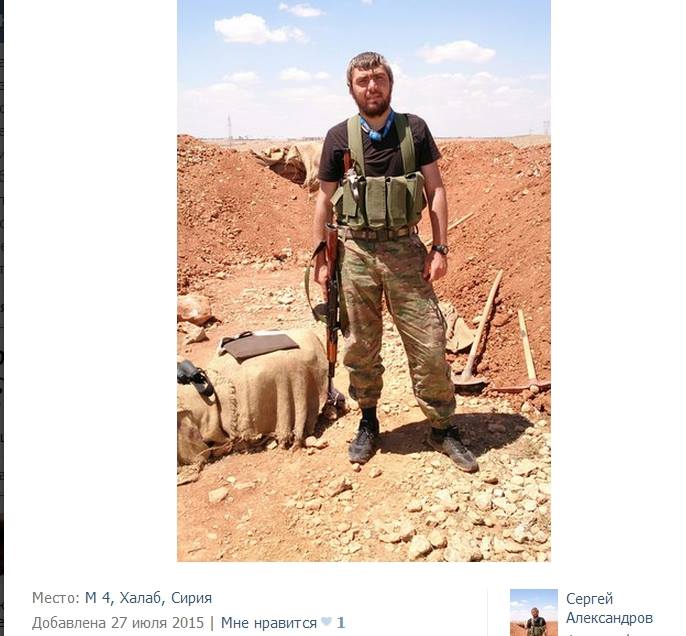 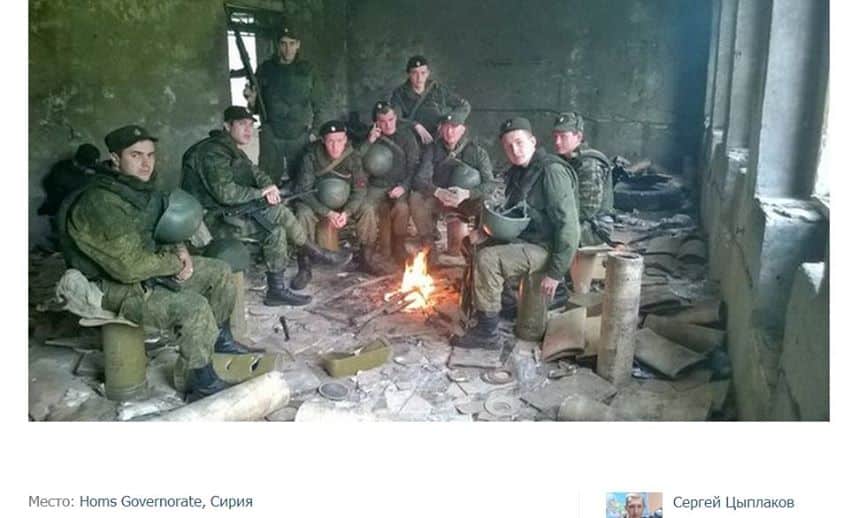 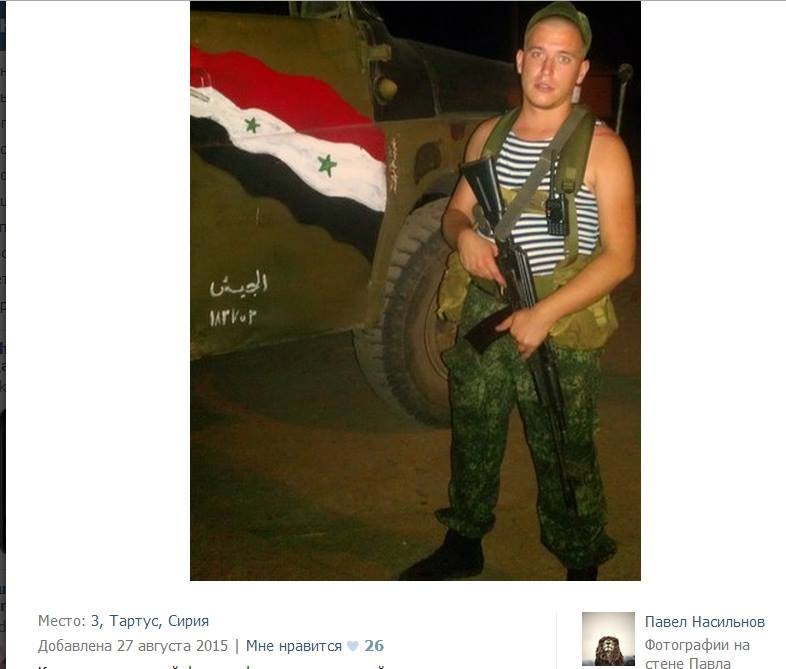 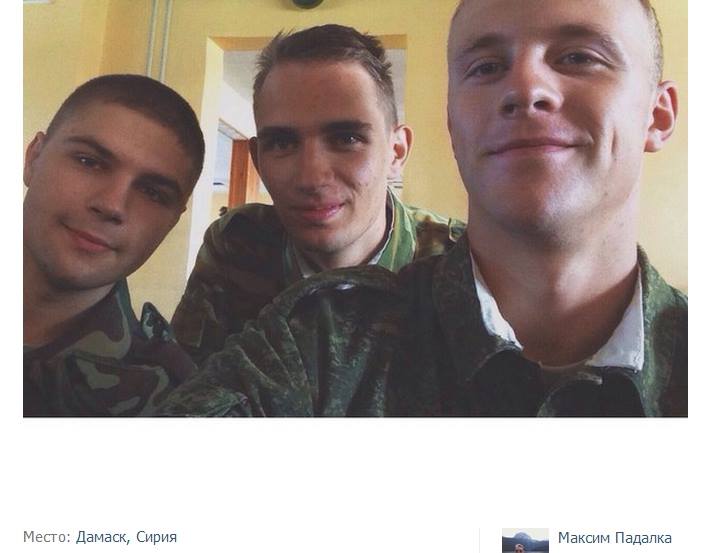 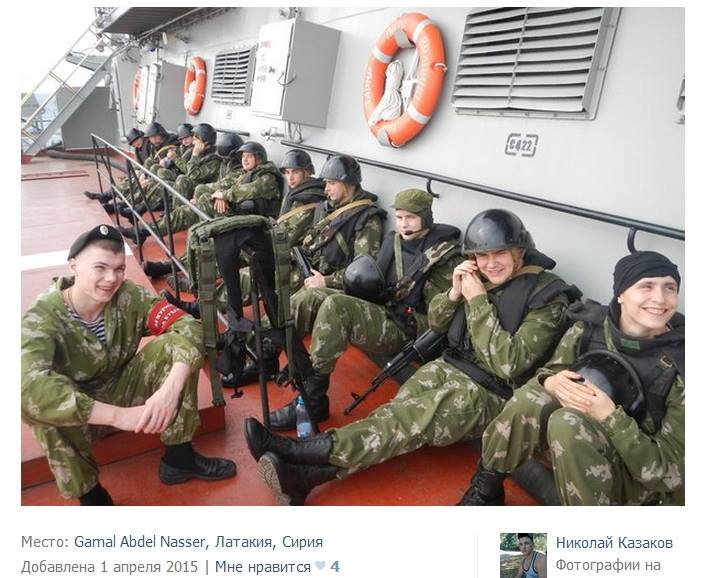 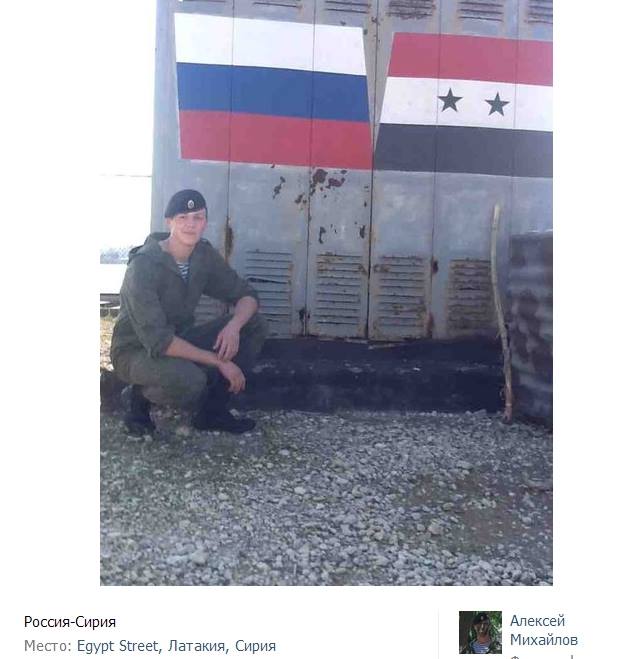 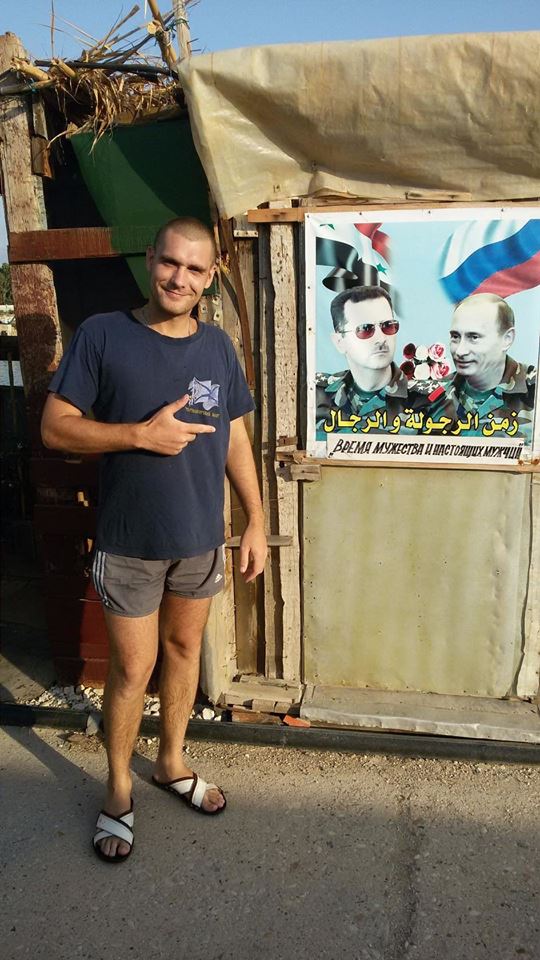 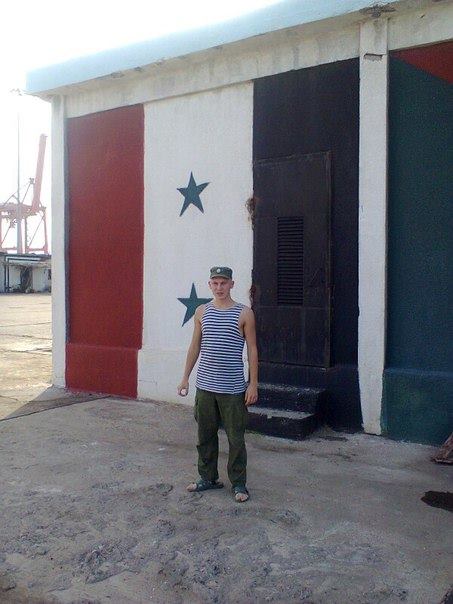 Earlier during passing of Bosphorus was seen Alligator-class landing ship Nikolai Fil’chenkov that went to Syria from Sevastopol.
On deck were observed several Kamaz and Armoured Personnel Carriers. 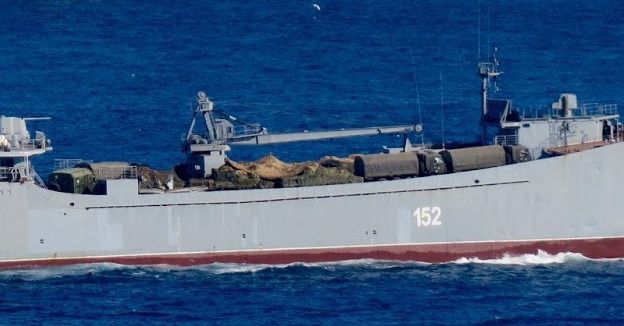 This means that the ship’s hold was full of military equipment and a part of it had to be placed on the open ship deck.

Also in Syria was seen Russian BTR-82A Armoured Personnel Carrier, which is only in service with the Russian army and is not supplied to Syria.

BTR-82A is used by the Russian army in the war with Ukraine at Donbas.

As the main point for moving troops in Syria Putin uses occupied Crimea. As we wrote earlier the Russian Federation after the occupation of the Crimea turned it from resort   into a huge military base.

Some photos from Syria were posted by Russian servicemen from the 810 Russian Marines Brigade – the same that captured the Crimea under the look of “green men”.