This report describes war crimes in the meaning of international law committed in eastern and southern Ukraine by soldiers and officials of the Russian Federation and by the pro-Russian separatist fighters. The crimes documented herein include unlawful deprivation of freedom, physical and mental tortures, robbery and murders. 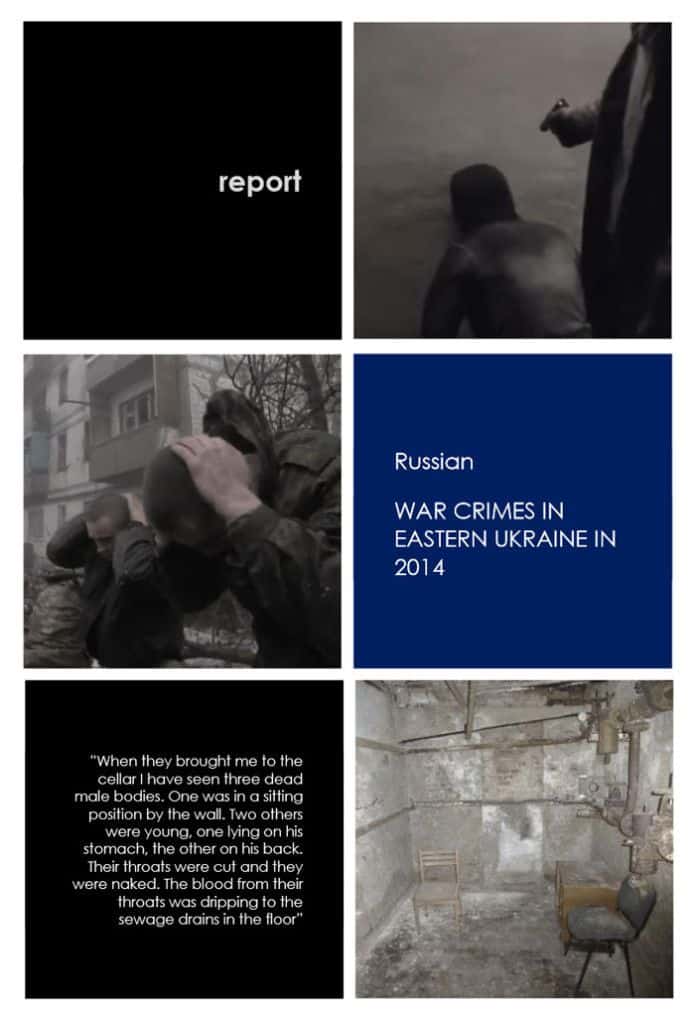 Chapters 1 through 3 are of an introductory nature. They describe the methodology used by the authors of the report and present the circumstances in which the subsequently detailed crimes were committed.

The locations and types of the crimes that were committed as well as their perpetrators are described in chapter 4. The authors discuss only those crimes they were told about by the victims thereof during the field research. More than 60 interviews were gathered in the course of collecting the materials for this report. Each action described in chapter 4 is confirmed by a quote from the testimony of one or more victims.

Chapter 4 is divided into subchapters that correspond to each of the venues where war crimes have been committed, as identified by the authors of the report. Most of those venues are in eastern Ukraine, one in Crimea and one in the territory of the Russian Federation, where the Russian army brought Ukrainian prisoners of war.

Chapter 5 is a catalogue of perpetrators of the crimes who were mentioned in the testimonies of the victims, including a short overview and references to the description of the venues where the crimes were being committed, and pictures.

The victims are not mentioned by name but by an assigned “C” (case) code names and numbers. Any personal data that could be used to identify the victims indirectly such as, for example, pictures, have been included only if a specific victim agreed to the disclosure of his or her identity and spoke freely in the media.

Based on the documentary evidence described in the report a communication will be submitted to the International Criminal Court in The Hague.