Understand «Victory Day»: how Soviet propaganda and fakes about WW2 became the basis of a new conflict in Europe

“Victory Day of the Soviet people in The Great Patriotic War of 1941-1945” has never been just a holiday – but always an important ideological tool. This holiday “from birth” was closely connected with state propaganda. However, even Stalin could not have predicted such a metamorphosis that took place in modern Russia with the theme of World War II.

A story about manipulations

There is probably no more complicated topic for fact-checkers than the topic of manipulations and fakes around the Soviet holiday on May 9.

The Act of Military Surrender of Germany was signed on May 7, 1945, at the Supreme Headquarters Allied Expeditionary Force (SHAEF) in Reims (France) and entered into force on May 8, 1945, at 23:01 Central European Time.

The act of surrender on the German side was signed by Colonel-General Alfred Jodl, a representative of the Wehrmacht, who was authorized to sign the document by the former head of the German government, Admiral Karl Donitz, who had been appointed by Hitler. 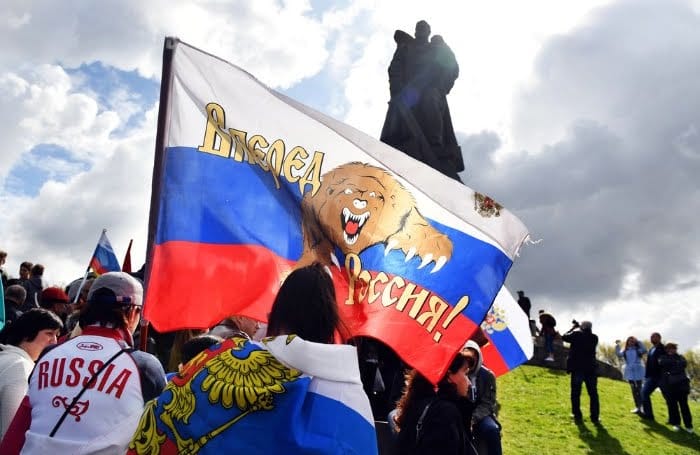 On the Anglo-American side, the document was accepted by the US Army Lieutenant General, Chief of Staff of the Allied Expeditionary Force Walter Bedell Smith, and on behalf of the USSR by Major General Ivan Susloparov, a representative of the Supreme Command under the command of the Allies.

However, Joseph Stalin refused to recognize the signed surrender. He demanded that the act had been signed at a higher representative level in Berlin, the capital of the Third Reich. The main Soviet objection was that the surrender of Hitler’s Germany shouldn’t be just a historical event, but an event that would reflect the leading contribution of the Soviet people to victory, while in Reims the “first fiddle” was played by Western allies. Moscow was convinced that the surrender of Germany should be accepted by the highest-ranking Soviet military leader, which would demonstrate the victory of the Soviet Union first of all.

In accordance with the agreement between the governments of the USSR, the USA, and Great Britain, it was decided to consider the surrender in Reims preliminary. Stalin persuaded the Allies to postpone official announcements. Western members of the anti-Hitler coalition agreed to an information embargo. The United Kingdom and the United States have agreed to hide the announcement within 36 hours and hold a second ceremony in Berlin.

The surrender was officially announced within the stipulated time. But unofficially, the world began to learn about the end of the war on the afternoon of May 7.

The German people learned the news on the afternoon of May 7 from a speech by the “chief minister” of the Reich government, Johann Ludwig Schwerin von Krosigk. He announced the unconditional military surrender of Germany, which was supposed to come into force on May 8 at 23:01.

After that, the news of the end of the war in Europe, which was so awaited by the whole world, was reported by the correspondent of the American news agency Associated Press (AP).

Associated Press journalist Edward Kennedy was one of 17 journalists invited as witnesses to the official surrender ceremony of German troops in Reims. U.S. military commanders forced media workers to sign an agreement to maintain secrecy, ordering them not to report the news until 3:00 p.m., that is in 36 hours. 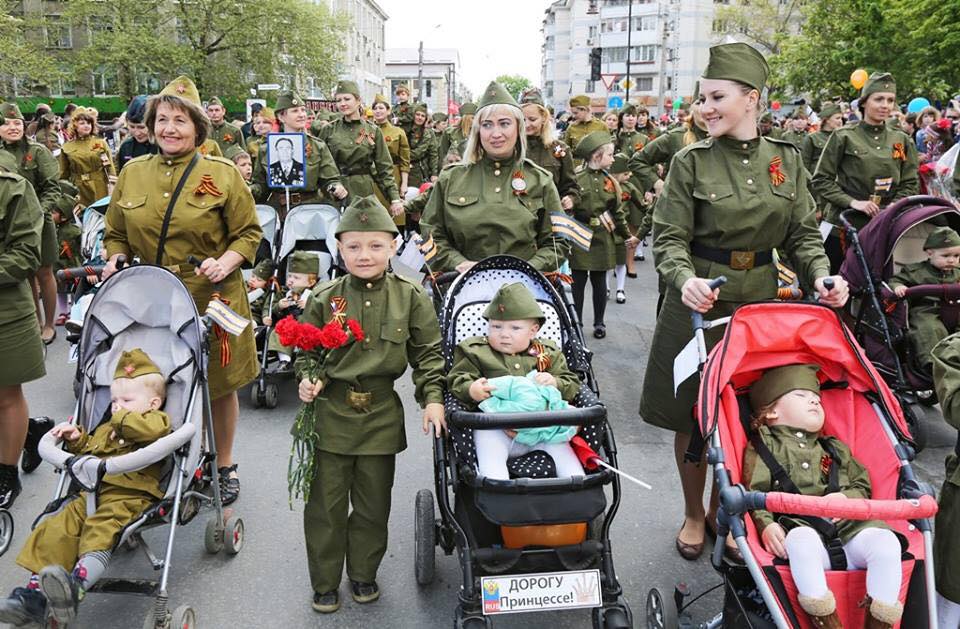 “Children’s parade” in Russia on May 9

But when Kennedy heard that German radio had announced its surrender on the afternoon of May 7, he broadcast his report, despite military censorship.

“The absurdity of trying to hide the news of this magnitude was all too obvious,” he later wrote.

The author of the article was then fired for violating the embargo. But sixty-seven years later, the Associated Press apologized for repressing its correspondent for “the most important report in his history.” The AP concluded that Kennedy did the right thing.

“It was a terrible day for the AP. This has been resolved in the worst possible way,” said the President and CEO of AP Tom Curley. He says the reporter should have been praised, not fired. “When the war is over, you can’t hold back information like that. The world needs to know, “said the head of the AR.

The Act of Military Surrender of Germany was again signed in Karlshorst, a suburb of the German capital, Berlin, on May 8, 1945.

On the German side, the document was signed by the High Command: Field Marshal Wilhelm Keitel of the Wehrmacht, Colonel-General Stumpff of the Air Force, and General Admiral Hans-Georg von Friedeburg of the Navy.

On behalf of the Allies, the surrender was accepted by Marshal of the Soviet Union Georgy Zhukov and Deputy Commander-in-Chief of the Allied Expeditionary Forces, Marshal of the Royal Air Force of Great Britain Arthur Tedder. As witnesses, the document was signed by General Carl Spaatz (USA) and General Jean Lattre de Tassigny (France).

The “Berlin” Act almost repeated its previous version, signed the day before in Reims. Paragraph 2 of the updated document, concerning the requirements for the German army, was expanded and set out in stringent wording. But the main agreement remained unchanged – on the entry into force of the document, or the time of ending the war – 08.05.1945, at 23:01 Central European Time. The document signed in Berlin reaffirmed this key rule, which has already been signed in Reims.

The fact is that the Soviet leadership did not simply consider legitimate only the “second” surrender with the participation of Zhukov. It was important for the USSR to show that both the signing of the Act and the entry into force of this document,  that is the end of the war, took place “behind Moscow” because in the Red Army-controlled capital of the Third Reich Moscow time was to operate. This was not a technical issue, but an ideological one.

This is how Russia explains the meaning of the “Moscow time” in the German territories occupied by Soviet troops: “The Germans immediately introduced the Berlin time in the occupied territories. Life in the occupied Paris, Minsk, and Kyiv flowed according to the clock, synchronized with the clock of the capital of Hitler’s Germany. It was convenient for Hitler to fight and rule in such a manner. And when our soldiers entered Berlin, the “Berlin time” was over. In all senses: literally and figuratively, historically and symbolically. “

Thus, the date of “May 9” should, on the one hand, demonstrate that the more important of the two acts is the “Berlin Act of Surrender” signed during the ceremony with the participation of the main Soviet military leader, on the other hand, it should show that the former capital of the Third Reich from May 9, 1945, lived “behind Moscow.” Thus, the USSR was the main winner of the war with Hitler’s Germany.

Manipulations with the date of the end of the war in Europe in May 1845 are not the only example of Kremlin propagandists interfering in the history of the “victory of the Soviet people in the Great Patriotic War.”

For example, it is known that the classic photo of the raising the red flag over the Reichstag is not a documentary, but a staged one. 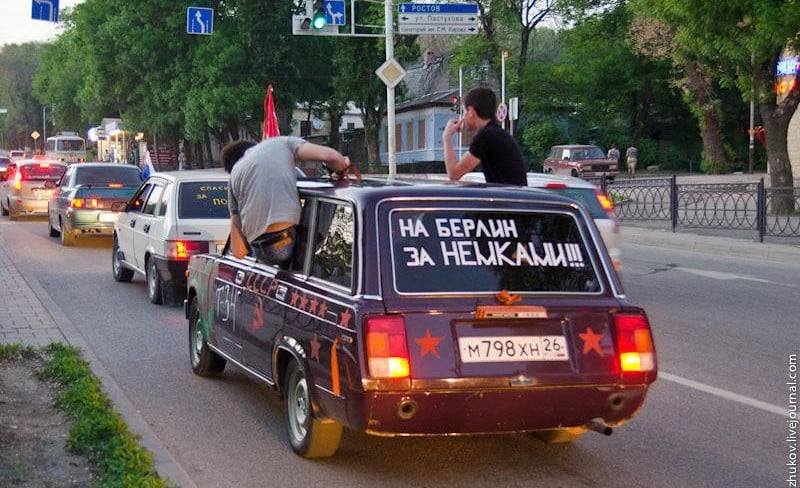 “To Berlin, to the German women!” (allusion to the mass rape of German women by Russian soldiers during WW2)

Mikhail Egorov and Meliton Kantaria were not the only ones and not the first of a large number of soldiers who managed to raise a flag over the former German parliament building.

Not everything is so clear with the flag itself, there were many flags on the Reichstag, and not all of them had the look that was defined as the reference “flag of victory.”

However, frankly speaking, verifying the authenticity of all the facts related to the events of May 1945 in Berlin is a very fruitless task.

First of all, it is difficult to fight against fakes during any war, especially when it comes to the events of 77 years ago. 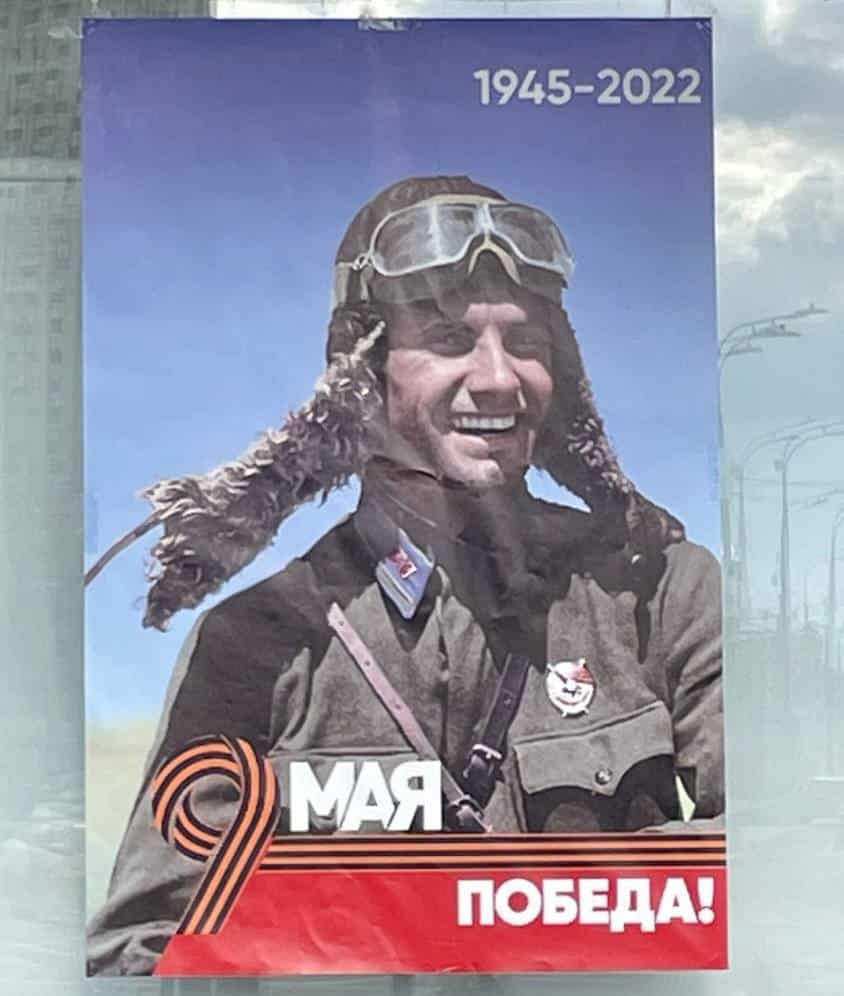 But the problem today is not factual nonsense and propaganda cliches in people’s perceptions of “May 9”, but the fact that the manipulations with the date of Victory Day 77 years ago and the fakes of Soviet propaganda have come in handy for a new armed conflict in Europe. The myth of the “only winner over fascism” materialized in “flags of victory” on Russian tanks invading Ukraine, on the houses of Russian- occupied cities. Former allies in the anti-Hitler coalition suddenly became “enemies” because “only the USSR defeated Hitler.”

In May 1945, probably no one could have imagined that entire political-technological concepts and geopolitical theories would accumulate on the foundation of long-standing fakes and propaganda constructs, which would become the basis for a new war in Europe, but this is exactly what happened.