Kyiv, October 8, 2015. Militants instigated a provocation at the delimitation line in the ATO zone yesterday. Around noon, Ukrainian servicemen were conducting engineering works near Troyitske, located at the administrative line between Luhansk and Donetsk regions. Militants fired two antitank guided missiles upon them. One serviceman from the Ukrainian Armed Forces and three servicemen from the State Special Transportation Service were wounded. Their vehicle was also damaged. Representatives of the OSCE mission and of the Joint Coordination and Control Center were immediately informed about the incident. They arrived on the spot and discovered control wires and parts of the antitank guided missile. 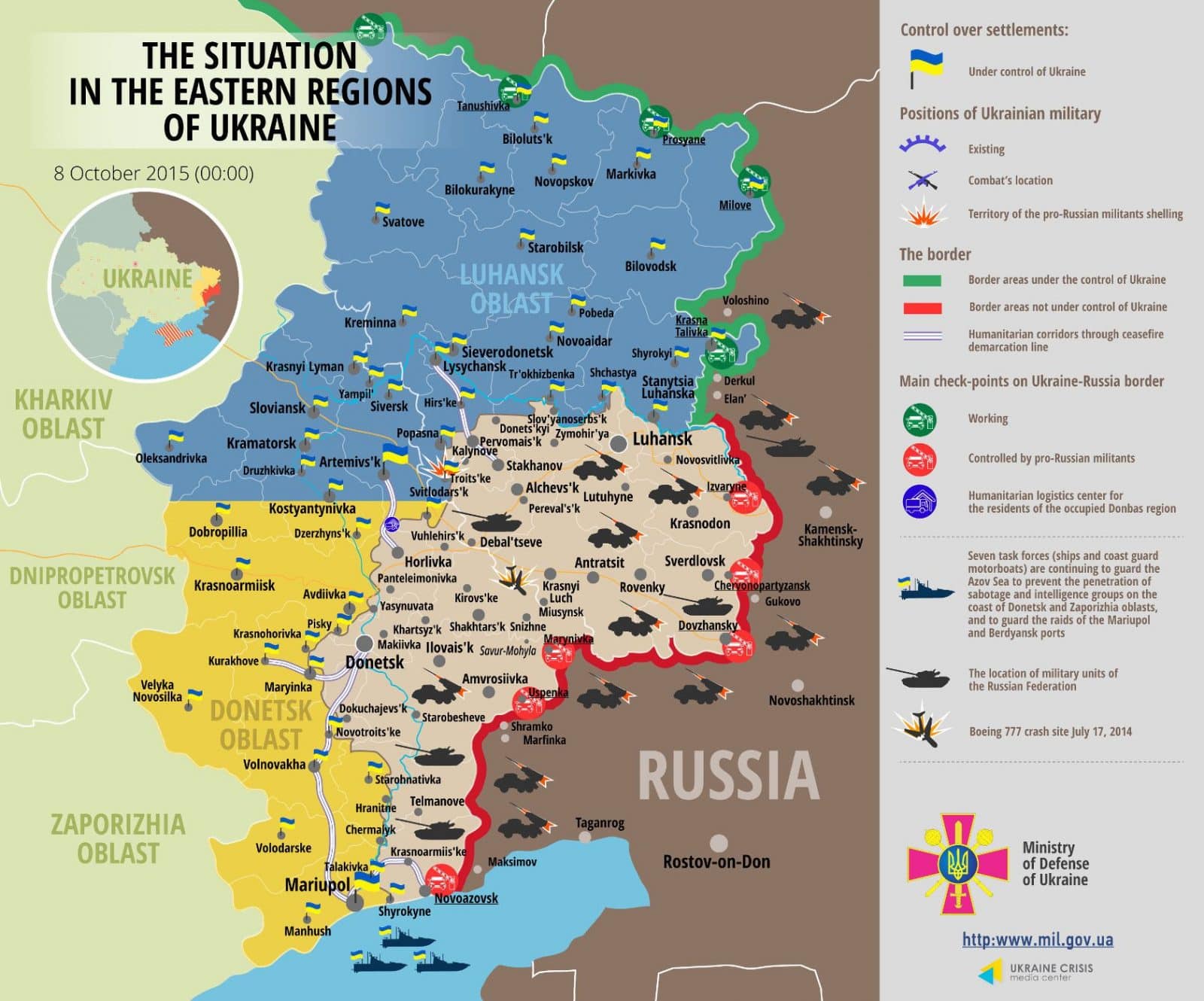 It was quiet in other parts of the front yesterday. No flights of enemy unmanned aerial vehicles (UAVs) were registered in the ATO zone.

Ukraine’s Security Service is blocking malicious frauds by militants. It was discovered that a so-called “Donetsk Peoples’ Republic” militant group was seeking to take control of assets in Kyiv and Odesa. Former staff members of the local state justice directorates were using identifying details of Ukrainian courts that worked in the occupied territories and were producing forged orders to substitute property rights on real estate.

Ukraine’s Security Service discovered a cache with explosives and ammunition in the ATO zone. Grenades of various types and a large number of 5.45mm and 14.50mm rounds of ammunition were seized.

In Avdiivka policemen seized ammunition for grenade launchers from a teenager. It turned out that it was not the only dangerous item in the collection of the 13-year-old boy. Law enforcement staff learnt that the teenager was keeping ammunition at home during a preventive talk they held with children at school on handling explosives.