A 32-year-old man was beaten to death during his detention by police officers in Kryvoozersky district, Mykolaiv region, in the early hours of August 24. 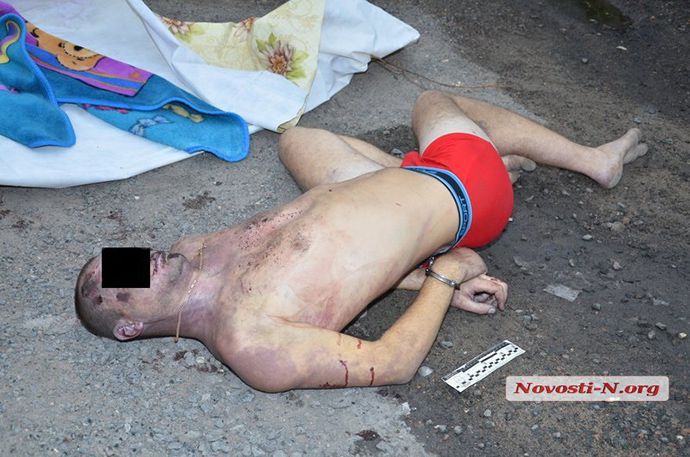 The police reported that the man was resisting arrest and they had to use ”physical force and handcuffs.”

Meanwhile, Prosecutor General Yuriy Lutsenko reported that the three policemen suspected of beating the man to death had been detained.

Forensic medical examiners concluded that the victim had been shot from a traumatic gun fired at close range several times.

According to their findings, ”acute internal bleeding, a traumatic heart failure” were the causes of the death. The body had at least four gunshot wounds, allegedly from a traumatic weapon with a so-called ”Flaubert” cartridge. Two bullets were found in the heart and another was stuck in the lung.

The prosecutors` office in Mykolaiv region has launched a pre-trial investigation into the abuse of office by local police officers under Part 3 of Article 365 of the Criminal Code of Ukraine.

Meanwhile, almost 200 local residents gathered for a rally outside the buildings of the local prosecutor`s office and the police station on August 24 to protest the murder of the man, who was killed in front of his relatives, including his mother. 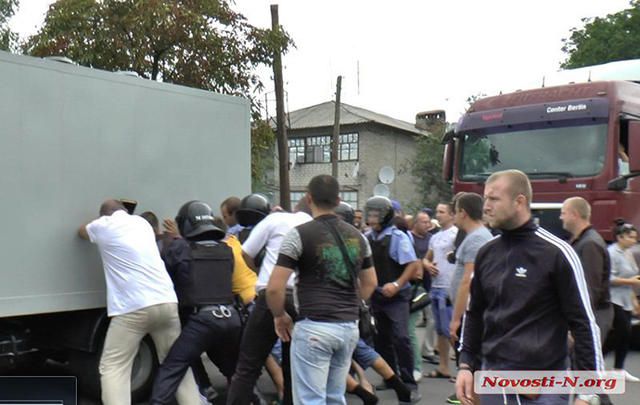 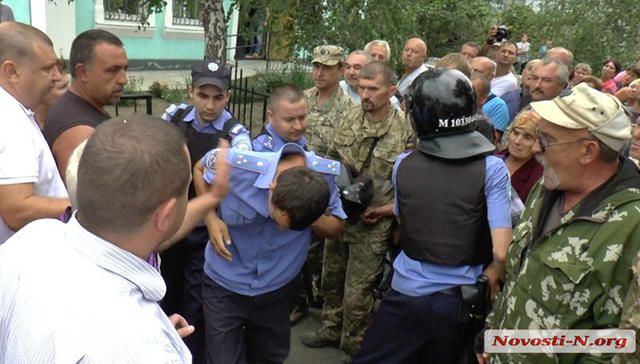 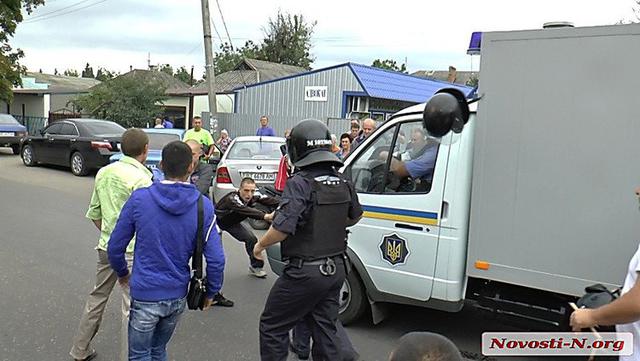 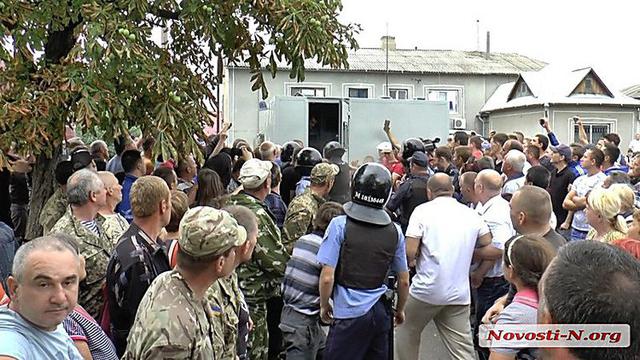 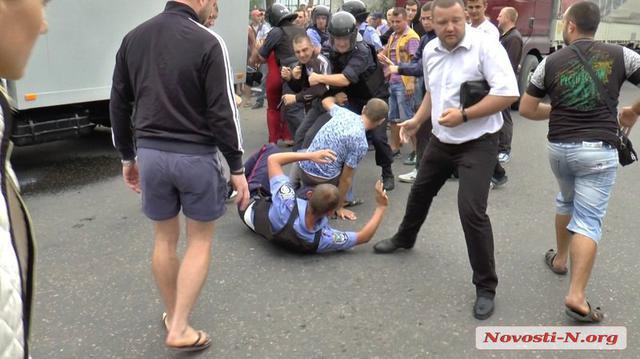 Chief of Ukraine`s National Police Khatia Dekanoidze has decided to disband a police station in the village of Kryve Ozero in Mykolaiv region after local police officers killed local resident Oleksandr Tsukerman, according to Channel 112 Ukraine.

”We now expect the results of an internal investigation. I`ve decided to disband the Kryve Ozero police station. The guilty must be punished, that is the common position of the National Police, the Prosecutor General`s Office and the Ministry of Internal Affairs of Ukraine. No one will spare the guilty,” she stated, Channel 112 Ukraine reported.

Dekanoidze has set out for Kryve Ozero to personally supervise the internal investigation to determine whether the police officers had acted according to the law.