Putin`s fan shot by Canadian police after trying to attack a policeman with a knife. His last Facebook post: “Russia will defeat everybody!”

Deputy Chief of Edmonton Police Service Kevin Brezinski said police received two calls of a driver they believed to be impaired. Both the suspect and the officer got out of their vehicles.

A six-year veteran of the force pulled over the vehicle at 1:43 p.m.

Emergency crews tried to save the man’s life but he died on scene.

Aman Jaggi, witness of the aftermath of the shooting, said the officer told him he was walking backward from the driver, who was armed with a knife, when he slipped and fell on the ice. The Alberta Serious Incident Response Team says a large hunting knife was found near a man fatally shot by police.

The suspect was identified as a Vitaliy Savin. He worked for more than eight years in Edmonton as a drill operator. Prior to moving to Edmonton, he worked as a mining engineer in Russia. 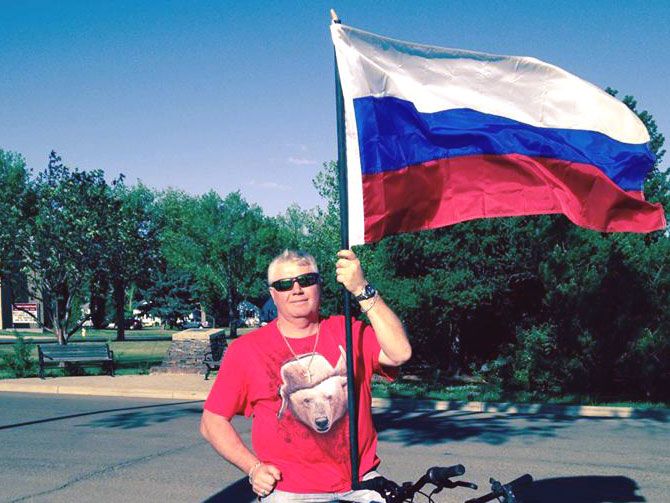 Savin was a big fan of Vladimir Putin. On his Facebook profile he published posts in which supported Russian aggression in Crimea and Eastern Ukraine, blamed the USA and the Great Britain.

Half an hour before accident Savin published his last post: “Russia will defeat everybody!”