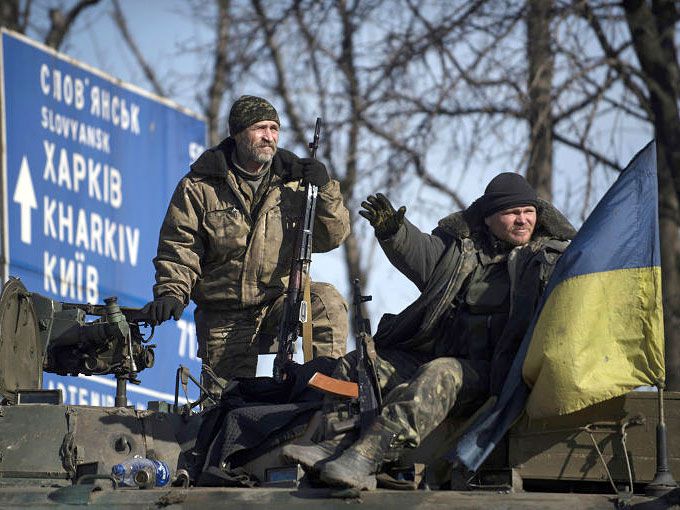 In the conflict zone in the Donbas, Russian-terrorist forces continue to grossly violate the ceasefire, firing at the positions of Ukrainian troops in the area ​​of the ATO and attempting offensive actions. In particular, during the past 24 hours (02.27), two tactical units of insurgents and Russian mercenaries attempted to attack the positions of the ATO forces with the support of armored vehicles in the vicinity of Opytne. The attack was repulsed by the concentrated fire of Ukrainian units occupying defensive positions in this section. Also, 4 instances of the use of MLRS against the positions of Ukrainian troops by terrorists have been observed during the past 24 hours in the direction of Donetsk.At the same time, Russian-terrorist troops continue to regroup their manpower and equipment, meanwhile actively restoring combat capability of a number of groups that have suffered significant casualties in previous confrontations. Particularly active is the regrouping of terrorist forces conducted in the Alchevsk–Stakhanov stretch, in the Donetsk and seaside (Mariupol) directions.

In particular, movement of 28 vehicles with personnel and ammunition, accompanied by 6 armored vehicles, has been observed towards the line of contact in the vicinity of ​​Alchevsk (the settlement of Perevalsk).

In Donetsk, the transfer of reinforcements for gangs operating in the Petrovskyi andKuibyshev city districts is observed (up to 20 cars with personnel came from the direction of Snizhne). Also, the movement of several mortar units has been noted towards the Pisky-Avdiivka stretch (a total of 18 mortars). In the Donetsk direction, an increase in the activity of enemy sabotage and reconnaissance groups has been observed.

Terrorists are actively disguising the movement of armored vehicles and artillery. In the vicinity of Olenivka–Stepne, the maneuvers of armored vehicle groups have been recorded (8 vehicles, including 4 tanks). In particular, the insurgents are conducting a demonstrative pullback of this equipment from their positions to the rear during daytime, and then return [the equipment] to the positions in the dark.

In the area southeast of Dokuchajevsk, formations of Russian-terrorist forces have actively attacked the advanced positions of Ukrainian troops with mortars and cannon artillery during the last three days. Throughout yesterday, firestrikes intensified, prompting retaliation by the Ukrainian artillery. Ukrainian artillery struck the firing positions of two terrorist firing units (one of them – a mortar battery with 4 mortars).

In the area of Mayorsk, armed confrontations between terorrists and the ATO forces with small arms and grenade launchers continued throughout the day. Despite the ceasefire, insurgents persistently try to oust Ukrainian troops from their current positions.

In the vicinity of Torez, a cargo truck from the ‘DNR’ supply convoy hit a land mine. There are wounded among the individuals who ‘accompanied’ [the convoy] (all –citizens of the Russian Federation).

Wounded insurgents from the ‘LNR’ and ‘DNR,’ who are evacuated from the territory of Donbas, only get admitted to hospitals in Rostov-on-Don (Russia) during after hours, at nighttime.

A tightening of access control by the Russian border units and customs agencies of the Russian Federation has been observed on a stretch on the border with Russia in Luhansk region that is currently not under Ukraine’s control. During inspection and border control, Russian security forces began to demand documents issued by Ukraine, rejecting documents issued by ‘LNR,’ ‘DNR,’ and ‘Novorossiya.’ Vehicle owners are forced to take down ‘Novorossiya’ license plate stickers while crossing the border.