The overall situation in the ATO zone retains a tendency to escalate. The reasons for this are armed provocations and shelling of the Ukrainian troops’ positions by the Russian and terrorist forces, as well as the revitalization of enemy sabotage and reconnaissance group forces in the rear of the ATO.

Noteworthy is the Russian-terrorist forces’ increased mining of a number of sites in the tactical area; they are also refreshing minefields they had laid earlier.

Russian-terrorist troops fired at the Ukrainian troops’ advanced positions using automatic weapons, heavy machine guns, AGS-17 grenade launchers, ZU-23-2 anti-aircraft guns, and 82 mm mortars. The use of the latter was recorded in the coastal areas, where the enemy opened fire from 82 mm mortars in the areas of Hnutove, Mykolaivka, and between the towns of Pavlopil and Chermalyk.

Near the town of Zaitseve, [enemy forces] continue shelling the ATO positions with small arms, including AGS-17. Near the town of Mar’inka, the opponent used 82 mm mortars and heavy machine guns, and between the towns of Toshkivka and Shumy, fire from a Zu-23-2 anti-aircraft twin-barreled auto-cannon installation was recorded. In the vicinity of the towns of Popasna and Katerynivka, small arms fire was opened on our troops from the “greenery.” Near Luhansk, at least 2 groups of snipers are firing on our positions from the “greenery” in the neutral zone.

Enemy DRG [sabotage and reconnaissance groups] have become more active in areas between the towns of Novhorodske and Shumy, Vesela Hora and Shchastya.

The enemy continues moving troops and equipment, delivering materials and supplies to the places of their deployment, and fortifying their positions:

– A new division of militants arrived in Donetsk from Shakhtarsk – 3 buses with armed terrorists and two “KAMAZ” army trucks;

– In the area of ​​the “Stirol” plant in Horlivka, a tank company of militants accompanied by an MT-LB, two “KAMAZ,” and Gas-66 was recorded moving in the direction of the contact line;

– An armored group of terrorists arrived Near the town of Olenivka – four T-72 tanks and two BMP-2 infantry fighting vehicles;

– In the northern part of Luhansk, militants are equipping a military camp to accommodate, as a minimum, a regiment’s worth of staff;

– To the south of Trokhizbenka, militants withdrew from previously prepared positions (the positions were equipped with a battery of D-30A howitzers). 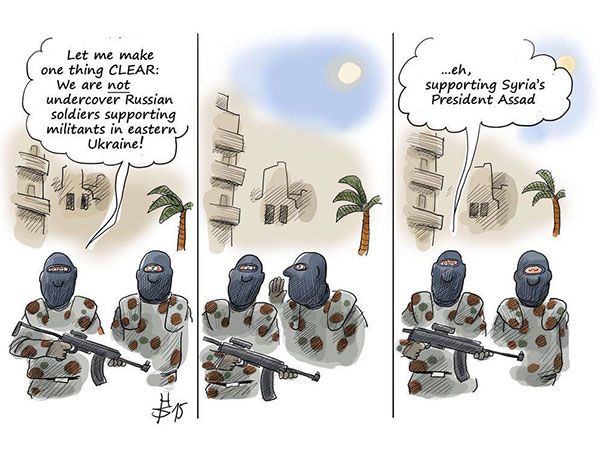