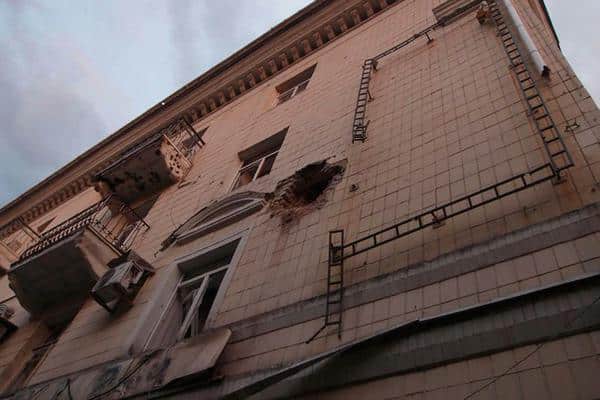 During the past 24 hours, insurgents actively fired at the advanced positions of the ATO forces in the western direction using the “harassing mode” of warfare practically throughout the entire section from Mar’inka to Avdiivka and areas north of it (including Kirove and Shumy). Terrorists used small arms, AGS-17 automatic grenade launchers, 82- and 120-mm mortars, ZU-23-2 mobile anti-aircraft autocannons, SPG-9 mounted grenade launchers. Opytne, Avdiivka and Pisky were fired at the most (insurgents also used 122-mm artillery in these areas).

During the last 24 hours, insurgents repeatedly opened heavy fire on the advanced positions of Ukrainian troops in the vicinity of Berezove, Stepne, Yasne, and Novotroitske with 120-mm mortars. Also, terrorists actively shelled the positions of the ATO forces in these areas from the vicinity of Olenivka and Dokuchajevsk with 122-mm artillery. It is noted that the enemy is simultaneously increasing the strength and frequency of fire strike impact on the positions of ATO forces in these and neighboring areas.

Thus, in the vicinity of Hranitne, insurgents carried out a powerful fire strike from 122-mm MLRS BM-21 “Grad” (at least six MLRS units were used). Near Novohryhorivka, terrorists used 152-mm cannon artillery; several tanks carried out adjusted fire from regular 125-mm weapons from firing positions set up and camouflaged earlier in different locations in this area. The settlement of Olhynka and the positions of Ukrainian troops in the area were fired at from 120-mm mortars.

The concentration of a terrorist strike “brigade” – the size of three battalions with a significant number of armored vehicles (38 tanks alone) and artillery (24 units of cannon artillery, up to 12 MLRS systems) was observed along the Mospyne – Starobesheve – Komsomolske line. The transfer of weapons to this “brigade” continues. At the same time, three reinforced “mechanized infantry battalions” operate in the area south of Donetsk (on the Syhnalne – Telmanove stretch) (predominantly active along the Olenivka – Dokuchajevsk line and the vicinity of Hranitne) using artillery and armored vehicles.

At the moment, it is difficult to say whether such a concentration of Russian-terrorist forces is [purely] symbolic and is used to mislead the ATO forces, or the enemy is in fact preparing for an attack to the south of Donetsk, in the direction of Volnovakha. In any case, analysts from the IR group indicate that the ATO forces must be ready for enemy activities in the following directions: the Telmanove – Volnovakha highway, the Donetsk – Mariupol highway, the area from Novomykhailivka to Chermalyk, Mykolayivka, and Hranitne – predominantly on the stretch south of Donetsk.

During the past 24 hours in the vicinity of the Svitlodarsk springboard (the Luhanske – Myronivskyi area), insurgents carried out active fire strikes from small arms, 82-mm mortars, and AGS-17. Terrorist provocations with infantry weapons continue in the area of Popasna, Katerynivka, Zolote, Novotoshkivske, Krymske, Shchastya, and Stanytsia Luhanska. In most instances, insurgents are employing the old tactics: under cover of mortar fire (or in advance, in secret) at a range of effective fire, 1–2 groups of insurgents advance, or rarely 2-3 groups (usually – up to 30, rarely up to 50 people), into the “vegetation” in the “neutral zone” where they equip the firing positions. They are followed by open fire (including sniper [fire]) onto the ATO forces’  advanced positions and strongholds. At the same time, infiltration attempts by enemy sabotage and reconnaissance groups of the rear of the Ukrainian troops are observed under cover of these insurgent infantry groups. As a rule, after the ATO forces’ retaliatory fire, the enemy moves back to their starting line.

The movement of transport and military equipment convoys in both directions is being observed in the border areas, including the occupied territories (Sukhodilsk, Krasnodon, Sverdlovsk). In the last 24 hours, 12 armored vehicles and artillery moved through Sverdlovsk, three 2S9 “Nona-S” and four 122-mm 2S1 “Gvozdika” self-propelled howitzers, six BMD-2 IFVs were transferred to Donbas from the Russian Federation. 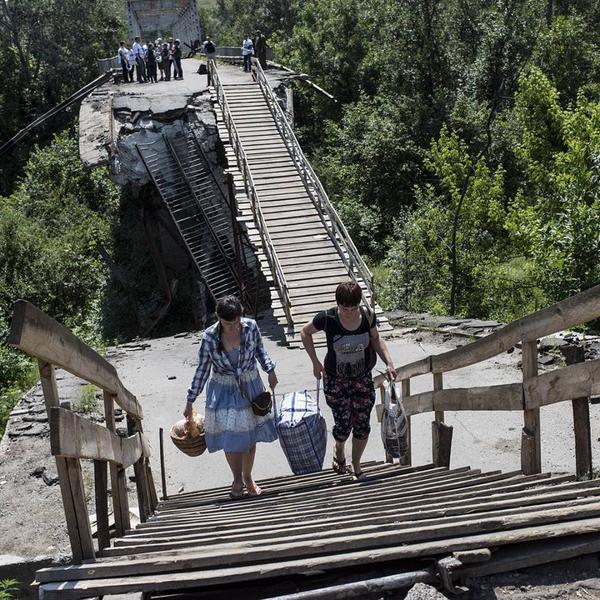