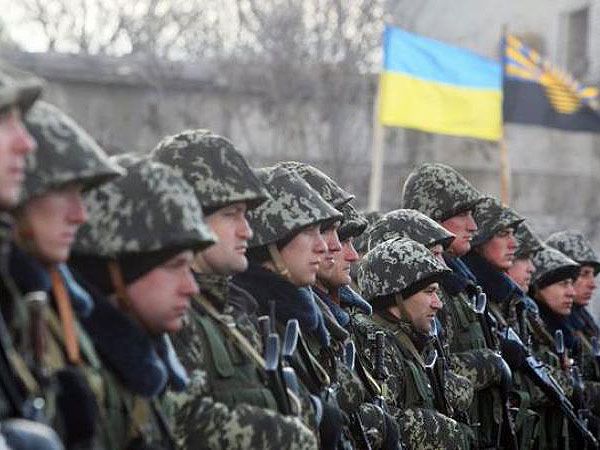 During the past 24 hours in the conflict zone in Donbas, the most difficult situation has developed in the Debaltseve direction. After attempts to storm the positions of Ukrainian troops near the settlements of Sanzharivka and Trotsky, Russian-terrorist troops are conducting resupply of their advanced units’ personnel and military equipment. In addition, the enemy continues to increase its tactical strike groups on the flanking positions of the Debaltseve springboard, as well as north Avdiivka and in the south-western suburbs of Horlivka.

In the direction of the “main strike” on the left flank of the Debaltseve springboard, a combined artillery group of terrorists has been deployed, staffed by Russian personnel from two artillery brigades of the Central Military District of the RF (26 units of self-propelled artillery and towed artillery, 12 MLRS units).

Through Stakhanov and Bryanka an enemy transfer of replenishments has been noted towards the Hannivka-Verhulivka line (up to 200 Russian mercenaries, up to 15 units of armour, including 6 tanks).

In the region of Popasna the enemy continues to inflict strikes on the forward positions of Ukrainian troops, enabling possibilities for further active terrorist group actions. The Ukrainian artillery actively conducts counter-battery fire.

South of Donetsk in the area of  Stepne – Olenivka, after a battle with active use of artillery, Russian-terrorist troop formations left their positions and withdrew northeast ofOlenivka. Withdrawal of the enemy forces was carried out under cover of indiscriminate artillery fire from the region of Dokuchajevsk.

In the Horlivka “intestine” [i.e: surrounded on 3 sides] opposite Vuhlehirsk andSvitlodarsk the enemy continues to concentrate a tactical strike group, trying to prepare a “counter strike” on the rear areas of the bridgehead. The group at the moment includes up to 22 tanks and 34 armoured fighting vehicles, joined into three tactical units, the total number of enemy personnel in the area (including Yenakijeve) numbers up to 2000 people.