Destroyed BTR-82A Armoured Personnel Carrier by chance appeared in the video of Russian channel during making propaganda film near the village Novosvitlivka that is occupied by Russian troops.

BTR-82A is the latest Russian development (more technical information you can read here.) 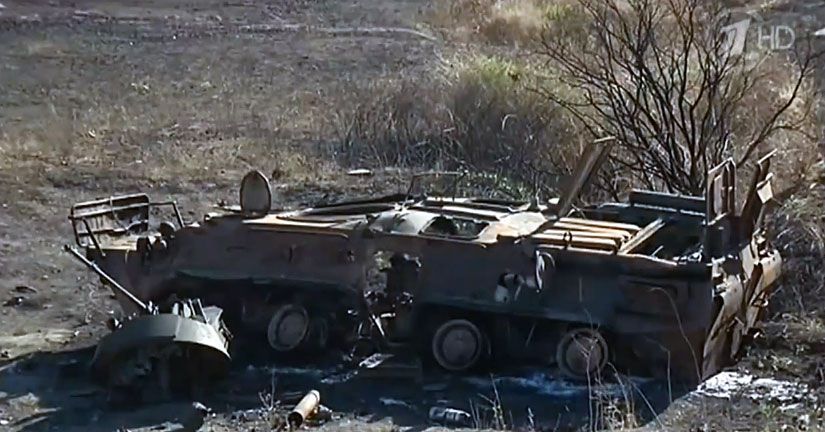 It entered service in the Russian army in 2013. Specifically about 200 BTR-82A acted in units of the Southern Military District, which now are fighting against the Ukrainian army in Eastern Ukraine.

Village Novosvitlivka in Luhansk, was completely destroyed by Russian artillery 30.08.2014. Ukrainian troops after a long battle retreated under the fire from Russian multiple rocket launcher “Grad”.