Volodymyr Polevyi: No Ukrainian servicemen were killed in action within the last day

Kyiv, 4 January 2015 – Within the last day the situation in Donetsk and Luhansk regions did not change considerably. It was not calm at the Donetsk, Luhansk and Mariupol directions. Ukrainian servicemen strictly adhere to the silence regime and adequately respond to militants’ provocations. “Russian military presence and its further increase on the occupied territory of Donbas remains most destructive factor for the situation in the anti-terrorist operation (ATO) zone. At the same time Russian legal framework is being prepared for waging aggressive policy – President of the Russian Federation Vladimir Putin has recently signed a decree setting procedures for foreigners’ contract service in the Russian Federation Armed Forces,” informed Volodymyr Polevyi, deputy Head of the National Security and Defense Council (NSDC) Information Analytical Center (IAC) at a briefing at the Ukraine Crisis Media Center. 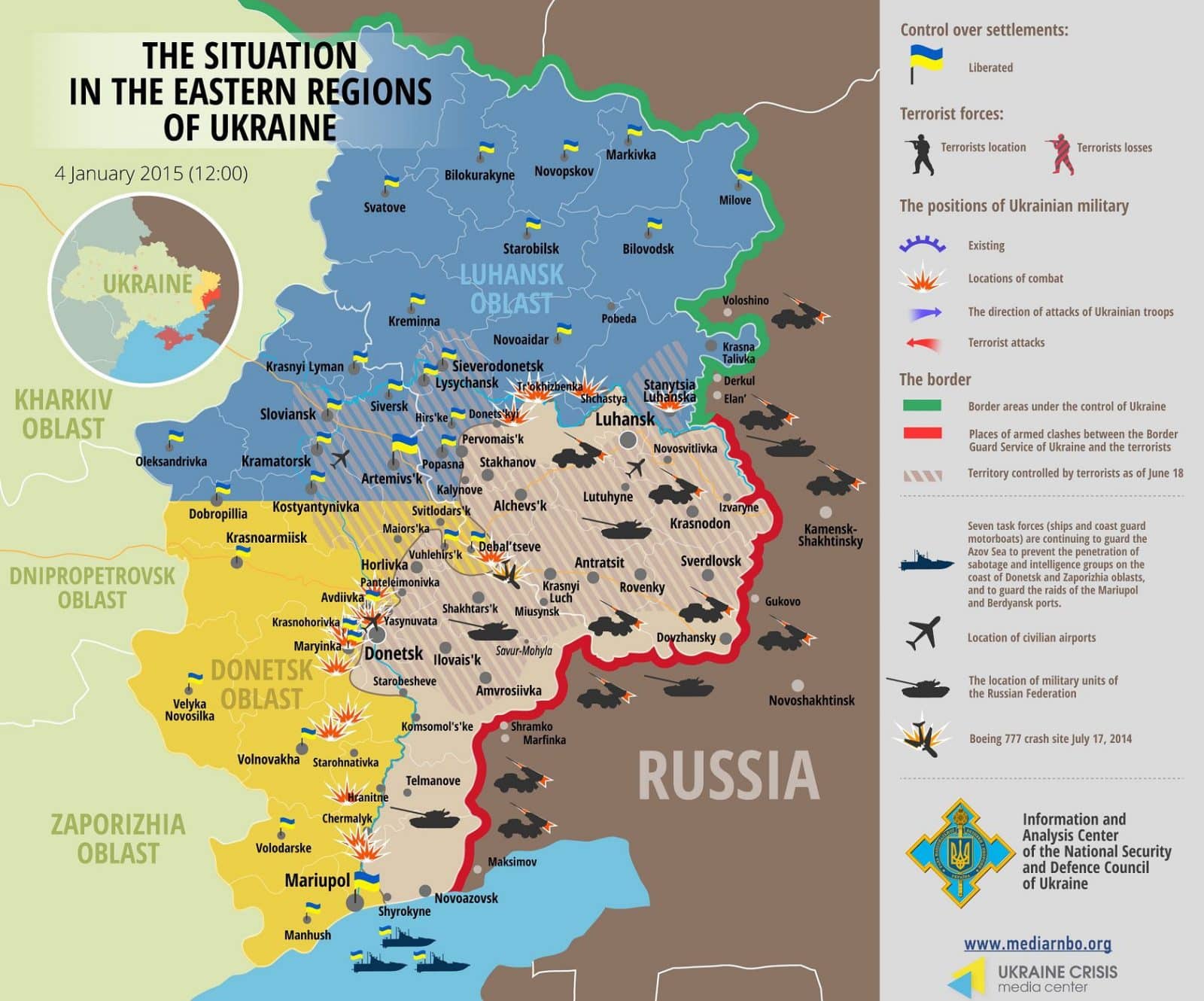 Within the last day no Ukrainian servicemen were killed in action, three got wounded.

Russia’s eleventh so-called “humanitarian convoy” is due to arrive. Operational data quotes cases when the items of the so-called “humanitarian aid” allegedly delivered from Russia are put on sale at the Donetsk markets. “It testifies to the fact that terrorists’ leaders benefit from the non-military cargo sent to Donbas from the Russian Federation,” added the NSDC IAC representative.

In Stakhanov and Krasny Luch of Luhansk region armed clashes between the bandits of the “LPR” gang and “Cossacks”-terrorists took place. At least 23 militants were killed. On the New Year Eve ATO servicemen detained a deputy leader of the “Leshy” gang. “The terrorist in question under the guise of a local was conducting reconnaissance activities of the Ukrainian military positions near Bakhmutka road. It is worth mentioning that the “Leshy” gang is notorious for looting and extreme violence towards the local population,” explained Volodymyr Polevyi.